The spread of the coronavirus in Europe is increasingly worrying authorities in member states. At the same time, it is expected to affect the European output this year. In an interview with a group of European media, including EURACTIV.com, Dombrovskis said the EU’s fiscal rules include clauses to accommodate the consequences of the virus.

He spoke to reporters on the eve of the European Commission’s winter package,  due to be published on Wednesday (26 February).

What are the key findings of this winter package?

First of all, I would underline that responsible economic and fiscal policies remain important precondition to have sustainable growth and job creation because we need to help and ensure financial and macroeconomic stability. So, from that point of view, it’s worrying that higher levels of debt persist in some countries. In addition, member states are still struggling to get back to the pre-crisis public investment levels, but at the same time, other types of government expenditure are now higher than before the crisis.

Therefore, there is a clear need to improve the quality of public finances. The financial sector is in better shape, but still, pockets of weakness persist in some member states. And productivity and growth remain a challenge and we are putting a stronger emphasis in this semester on productivity growth.

Would you take any decision in regards to member states?

If we talk about the macroeconomic imbalances procedure, we have now three countries with excessive imbalances and ten countries with imbalances. Cyprus, Greece and Italy have excessive imbalances, as they had last year. Meanwhile, Germany, Spain, France, Croatia, Ireland, Netherlands, Portugal, Romania and Sweden register imbalances. The only difference compared with last year is that imbalances in Bulgaria now have been corrected. Sofia made important progress in strengthening financial sector governance, corporate debt has fallen and the ratio of non-performing loans has declined.

When it comes to not so good news, we recently published our article 126.3 report in regards to Romania saying that opening excessive deficit procedure against the country is warranted because its deficit was above 3% of GDP last year and is forecast to stay about that level this year and next. What we have seen in Romania is basically a long standing buildup of fiscal imbalances, and procyclical expansionary fiscal policy since 2016. Member states provided its opinion confirming the Commission’s assessment, which means that we will proceed and will recommend opening an excessive deficit procedure against Romania next week.

In regards to the coronavirus, Italy has already requested flexibility from the Commission in order to meet its fiscal targets, given the impact of the virus on the country’s output. What is your assessment?

We are following closely the developments concerning the coronavirus first as a public health issue, to deal with risks to people. Of course, it is also having economic implications. When our winter economic forecast was prepared, the coronavirus was still in early stages and the impact was not quantified. It was outlined as a risk factor for the economy. We will be updating this in our spring forecast because clearly we have seen that it is a factor affecting the economic growth.

Of course, it will depend also on how this epidemic will advance. There are still many unknowns. In terms of the fiscal implications, we already have a clause in the Stability and Growth Pact, referring to unusual events outside the government control, which is for all kinds of emergencies. Of course, issues concerning coronavirus would be eligible under this clause. Should there be a concrete request from member states, we will be open to discuss it.

You will also publish the enhanced surveillance report for Greece. What are the conclusions of the report?

Greece has progressed well in reform commitments. In May we will publish the sixth report to evaluate how the supplementary measures which the government has pledged are being implemented. Based on that progress member states may be discussing in June Eurogroup the possibility of using ANFA and SMP profits [benefits made by central banks on Greek bonds] to cover financing needs or to additionally finance investment in Greece.

There is the possibility of using some of these profits for stimulating investment in Greece. But significant additional effort will be needed in Greece in regard to the financial sector, because Greece still has by far the biggest debt to GDP, by far the biggest non-performing loans ratio in the EU.

The European Green Deal and the sustainable development goals have been included in the European semester to monitor the member states’ economies. What are the novelties in the winter package?

We introduced a dedicated analysis of environmental sustainability, focusing on economy and employment. We also provide an assessment on the use of the Just Transition Fund in member states, basically identifying the eligible regions to access the fund and potential areas of use of the funding. It’s still being discussed with member states and it will be done in a cooperative manner. We also integrated the UN Sustainable Development Goals, providing our assessment on member states’ progress on implementing these goals.

There are around 1,200 regions in Europe, but only around 100 (less than 10%) are eligible for the Just Transition Fund. What have been the criteria to select the regions?

There are three criteria. Firstly, employment in carbon-intensive sectors; secondly, the presence of fossil fuel extractive industries, and thirdly the GDP per capita, reflecting member states and the region’s ability to pay for transition. Lower GDP per capita proportionally will see a higher share of financing.

In order to incorporate the ‘green’ credentials into the EU framework, do you intend to change the EU’s fiscal rules? 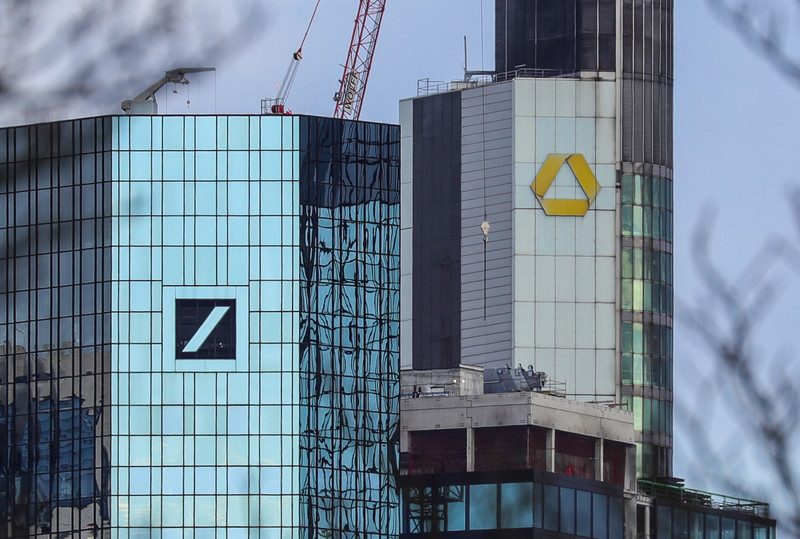 As regards the banking sector, you will have to incorporate into the EU’s capital requirement rules the Basel III agreement, forcing banks to further recapitalise. The European Banking Authority made an estimate of a €135 billion gap. In addition, the authority also told member states last week that banks could find it challenging to raise capital, given their low profitability ratios. Are you going to scrupulously implement the Basel III rules or would you include some supporting factors?

We are now preparing for the implementation of Basel III at EU level. We need to do it faithfully. It will be careful balancing exercise because we want to implement properly Basel, but also we will follow what other jurisdictions are doing, like the UK now as a third country. And at the same time, there are certain European specific views which also need to be taken into account.

Can you explain what you mean?

We are currently having a public consultation on the implementation of this model. I cannot tell you now the final outcome of our proposal, because it may depend on the feedback we will receive. But to give you some elements, as you mentioned supporting factors, for example, currently, we have a so-called SME supporting factor and our intention is to maintain this supporting factor, because our aim is also that the banking sector finances the real economy. We would rather prefer banks taking the risk of financing SMEs, and not just doing pure speculation.

Among the supporting factors, you were in favour of a ‘green’ supporting factor to incentivise credit and loans to sustainable projects and initiatives. You asked for EBA’s opinion and the regulator considered it was not a good idea. Would you still include this ‘green’ factor in the new capital requirement rules?

In regard to the green supporting factor, I would say certainly it is more open. In a consultation, we asked for some feedback on this, also from EBA. We need to assess how much support exists for the green supporting factor. I remember when we were discussing it in the context of the banking package adopted in December 2018, there was not so much support for it. We need to be realistic about how much support there will be for this proposal.