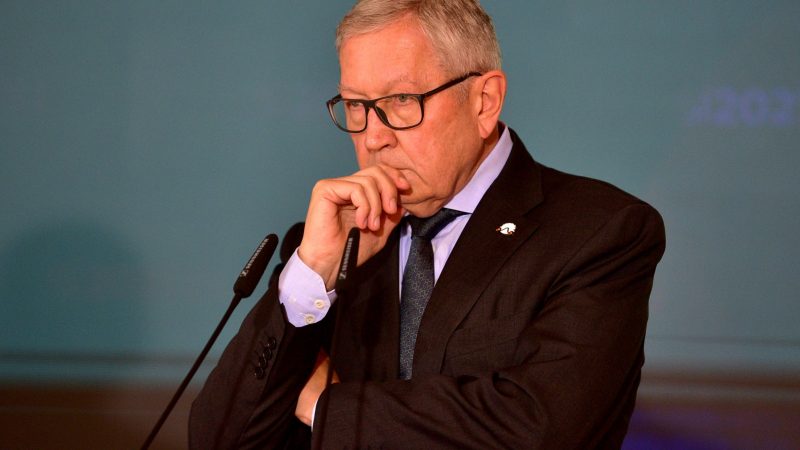 Regling, who heads the European Stability Mechanism, is considered to be the German architect of the EU fiscal rules that govern the spending of member state governments. In the early 1990s he was involved in negotiating the stability and growth pact. According to those rules, public debt may not exceed 60% of GDP and deficits may not be higher than 3% of GDP. The rules also mandate a strict debt reduction pathway for countries with debt levels above 60% of GDP.

In an interview published on 15 October in Der Spiegel, Regling said that the EU’s fiscal rules had to be adapted to today’s economic conditions.

“[I]nterest rates are much lower today compared to thirty years ago, so debt levels can be correspondingly higher without putting an additional strain on budgets”, Regling explained.

Reacting to German fears of high debts, he said that striking the right balance was key. “There are limits to debt, and they must not be exceeded. But in Germany it is not uncommon for people to take the view that public debt is a problem in itself. That is wrong,” he said.

From 2001 to 2008 Regling was responsible for the enforcement of the EU’s fiscal rules as Director-General for economic affairs at the Commission. Now he worries that the stability and growth pact might “lose credibility by sticking to rules that have become economically nonsensical.”

Specifically, he criticised the rule that countries had to drastically reduce debt levels when they are above 60% of GDP. “If this was implemented to the letter, a state like Italy would have to achieve budget surpluses of 6-7% every year. This is not feasible and does not make any sense”, he said.

These statements will be positively received in Italy. Prime Minister Mario Draghi has repeatedly argued for a reform of the fiscal rules.

A renewed push for reforms

The debt and deficit rules are currently suspended until 2022, after the EU executive triggered  an escape clause allowing European governments to launch stimulus measures to support the economic recovery from the pandemic.

On 19 October, the Commission is expected to launch a new consultation process among member states to reform fiscal rules. Whereas Italy, France and other Mediterranean countries are calling for more investment-friendly rules, the so-called “frugal countries” like Austria and the Czech Republic want strict adherence to the current rules.

The new German government will play a crucial role in the reform. On 15 October, the Social Democrats, the Greens and the liberal party started formal coalition talks. In their guiding paper, the parties argued that the stability and growth pact had “proven its flexibility”. Furthermore, they stated that they wanted to ensure growth, debt sustainability and climate-friendly investments on the basis of the pact.

So, what is Klaus Regling’s recipe for a more effective stability and growth pact?

“The rule, according to which member states are allowed to run yearly deficits of no more than 3% of economic output, has proven its worth. It should be kept. The debt-to-GDP ratio of 60%, on the other hand, is no longer relevant and should be adjusted to reflect the changed environment. Politicians should be aware that a country can borrow too much, but also too little,” he said.

One response to “Architect of EU fiscal rules calls for reform”