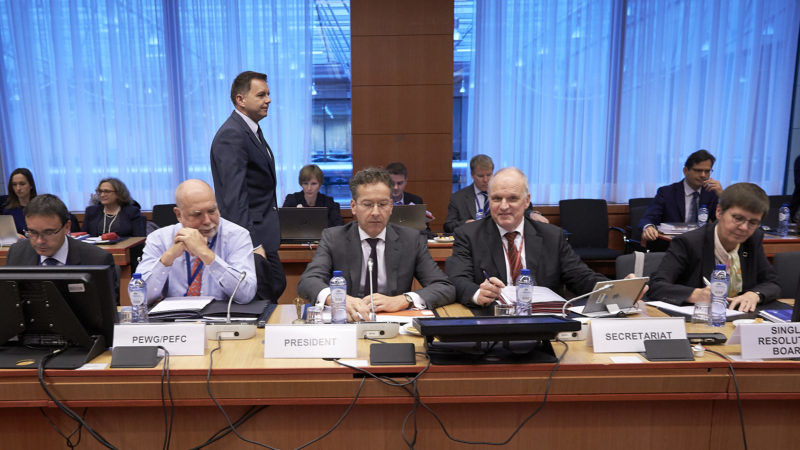 The ministers were laying the groundwork for a leaders’ summit on 15 December that will discuss proposals by French President Emmanuel Macron and European Commission chief Jean-Claude Juncker.

The 27 EU ministers – minus Britain – discussed three key issues that go to the heart of making the euro more politically and economically unified, so it is more resilient against future crises.

They zeroed in on creating a eurozone rainy day fund, simplifying the EU’s budgetary discipline rules and finally completing a “banking union” that removes restrictions between lenders across the bloc.

“We will try to boil it down so that we can report to the European leaders in December,” said Jeroen Dijsselbloem, who heads the Eurogroup of 19 countries that use the single currency, after the discussion.

Remarks by @J_Dijsselbloem following the #Eurogroup meeting of 6 Nov. https://t.co/My37YAE5XS

But Britain was left out in the cold as it is set to leave the EU in 2019 before most of the planned reforms will take effect. 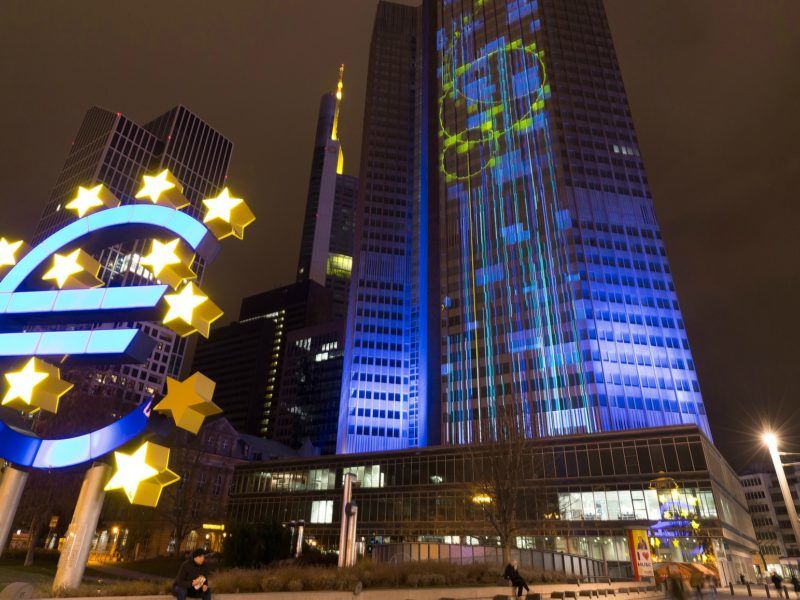 One of the most complex challenges will be simplifying rules for national budgets, which eurozone governments have to keep under tight control to escape sanctions from Brussels.

But if the Europeans agree on the need for reform, they are divided on how to achieve it with France traditionally taking a more easy-going line than Germany, which cherishes a balanced budget.

“Debt will become more and more the issue,” said Dijsselbloem, with public debt levels in several countries more than double the EU limit.

The question of the eurozone building common spending power, an old idea recently dusted off again by Macron, is also complicated.

Paris wants a big budget as a show of European solidarity in the face of financial shocks, whereas Juncker wants to make it small and symbolic – a line favoured by the Germans.

First Eurogroup after Schauble exit and we already talking about building a pot of money in the eurozone. Things move fast here.

“We don’t need an annual budget for that,” said Juncker-ally Klaus Regling, the head of the European Stability Mechanism, the eurozone’s current rescue fund, though he said a debate was still needed.

Banking union and a system of deposit guarantees to prevent bank runs will also be on the agenda, with the EU keen to finally finish plans that have been on the drawing board since the eurozone debt crisis started.

#Eurogroup good to see: our Banking comm is regarded by all sides as a good basis for completing #BankingUnion https://t.co/M96gSEQ8sQ

One further issue not discussed was the next head of the Eurogroup, to replace Dijsselbloem, who steps down in January.

There is no official candidate but rumoured frontrunners include Portugal’s Mario Centeno, Luxembourg’s Pierre Gramegna and Slovakia’s Peter Kažimír, the only one so far to publically announce his intention.

Arrival and doorstep @KazimirPeter #SK at the #Eurogroup meeting in #Brussels on 6 November https://t.co/dUTNbxfHYY

A formal decision will be made on 4 December.