Commissioner for Economic Affairs, Pierre Moscovici, during the presentation of the interim forecast. [European Commission]

Looking at the implementation of the Stability and Growth Pact, the President of the European Fiscal Board, Niels Thygesen, concluded that “the existing rules need to be reviewed critically with a view to simplifying them and improving compliance”.

The ‘sheriff’ of budgetary stability in the EU found that member states missed out on using the windfalls brought by the robust growth in 2017 to balance their public accounts.

Rules to control national spending are “complex” and the current approach is “inadequate”, the chair of the EU Network of Independent Fiscal Institutions, José Luis Escrivá, said on Tuesday (31 January).

Only those countries which already had a healthier fiscal position, like Germany, used increased revenues to reduce their debt and build capital buffers.

The board directly blames the Commission, with Thygesen saying its recommendations to member states “were not quite effective”.

The EU executive acted as if the eurozone was “still fragile”, he said.

The Commission gave too much leeway to national governments, especially Italy, the fiscal authority concluded.

Among other issues, the body found that the Commission was “generous” when determining the structural effort the country should achieve or when quantifying the costs incurred by the refugee crisis.

This week, the Commission recalled that, since the new interpretation of the Stability Pact was introduced in 2015, Italy avoided an adjustment of around €30 billion (1.8% of its GDP). 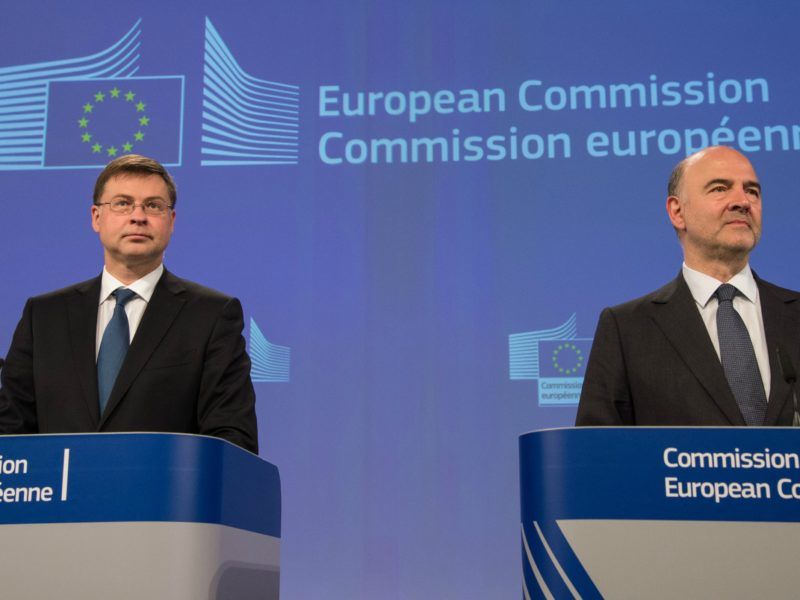 Against this backdrop, the institution called for a complete overhaul of EU fiscal rules.

In line with the recommendations made by other international bodies, including the IMF, the watchdog proposed to scrap the deficit target and simply maintain the debt objective of 60% of GDP.

In order to achieve that goal, the authority recommends a single tool: an expenditure ceiling determined by the growth potential of the country.

In good times, countries would spend less in order to reduce their debt, and in bad times  they could increase their expenditure in order to fuel their economy and continue reducing their debt ratio.

The proposal gets rid of all the exceptions and loopholes of the existing rules. The board only maintains an escape clause if an independent body (unnamed), concludes that the countries overspent due to exceptional circumstances.

If no exceptional circumstances concurred, the fiscal authority proposed as sanctions limiting the access to a future anti-shock pot.

The European Fiscal Board has discredited the Commission’s proposed fund to protect investment as “very modest”, “narrow” and not well designed, its chair Niels Thygesen said on Monday (18 June).

For that reason, the board laments that the Commission did not propose the foreseen review of the Stability Pact when it outlined its ideas for the EU’s fiscal stabilisation function.

“We are concerned that progress on this major issue [the review of the rules] has been postponed into the 2020s by both the Commission and the Council”.

However, the EU executive said that the proposal deserved “careful consideration” when it was presented to the College on Wednesday, according to the budgetary watchdog.