Less than a year after the conclusion of its third bailout programme, Greece is back on the Eurogroup’s radar after the government approved a series of measures that put at risk the country’s ability to reach a budget surplus this year.

“We are worried,” admitted Klaus Regling, managing director of the European Stability Mechanism (ESM), the EU’s bailout fund. “Our preliminary assessment indicates that with these measures, the primary surplus target of 3.5% this year might not be reached by a significant margin,” Regling said.

The Greek government’s plan includes a series of tax cuts and a bonus to pensioners. Reaching a primary surplus by 2022 is one of the conditions attached to eventual debt relief.

“It is in everybody’s interest that we keep the dialogue,” said Pierre Moscovici, the EU Commissioner for economic and financial affairs. That dialogue “must be based on the fiscal impact of the measures but also on the very effect on growth and social inclusion,” he explained.

“We believe that more justice and more social fairness is of high importance for the Greek people after many years of difficulties,” Moscovici stressed.

Although Greece’s economic situation was not on the Eurogroup’s agenda, Greek minister Giorgos Chouliarakis took the floor to explain the recent spending measures put forward by the government.

After the end of its third bailout, Greece was placed under enhanced surveillance. But EU institutions are not expected to review the country’s situation until June when finance ministers will review the Commission’s country-specific recommendations for all eurozone members.

“We are in the process of assessing these measures for 2019-2020, and we will do that in the framework of the enhanced surveillance report which will be delivered in due time,” Moscovici said. “Due time is not today,” he added.

Deputy Prime Minister Matteo Salvini said on Tuesday (14 May) that Italy will not hesitate to break EU fiscal rules by exceeding the limit of 3% deficit included in the Stability and Grow Pact, to boost job creation.

“If we need to break some limits, like the 3% or the 130-140% (debt), we’ll go ahead,” the far-right leader told reporters. His coalition partner Luigi Di Maio (5 Star Mouvement) said Salvini’s remarks were “irresponsible.”

In Brussels, those comments were put in context and blamed on Italy’s ongoing electoral campaign for the European elections, where the  Star Movement and Lega are competing against each other.

Commissioner Moscovici refused to respond to Salvini’s provocations, recalling that the agreement struck last year with Italian authorities to avoid an excessive deficit procedure was based on the country’s promise to reduce debt, not increase it.

“Credibility evolves keeping up with the commitments. Credibility means that we have to deliver results,” said Mário Centeno, the president of the Eurogroup.

“It is in Italy’s interest to have a credible fiscal policy,” Moscovici pointed out. “Italy being Italy, it is also a matter of common interest for all the members of the eurozone as a whole,” he said. 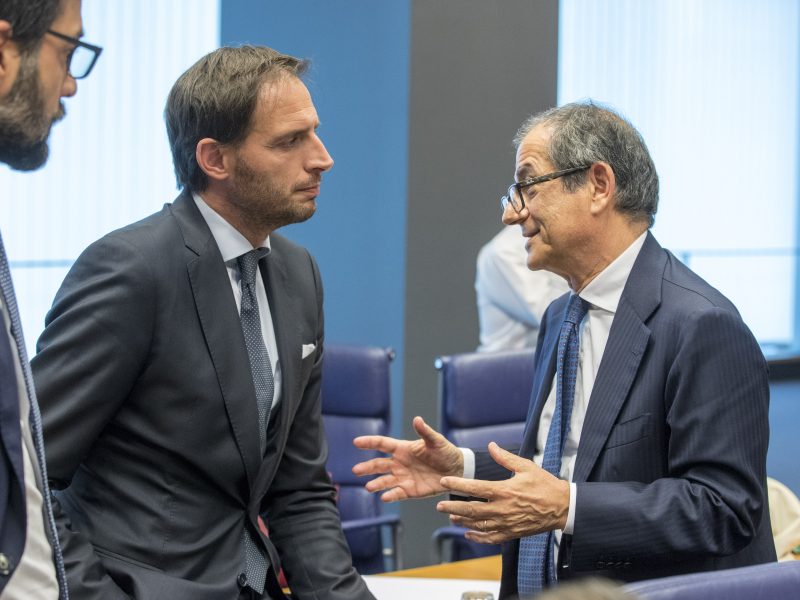 Finance ministers from the 19 eurozone countries will review public spending in the region on Thursday (16 May), with Italy once again in the spotlight amid an ongoing economic slowdown.

Europe’s economy is currently at its strongest in the past ten years. However, the latest Commission forecast showed signs of a slowdown, mainly due to internal and external factors such as trade tensions and Brexit.

“We need to be prepared for whatever scenario,” Commissioner Moscovici warned. Completing the reform of the Economic and Monetary Union is a key element to get ready.

However, the budgetary instrument for the eurozone remains stalled at the Eurogroup. The eurozone budget has officially been dubbed BICC (Budgetary Instrument for Competitiveness and Convergence), “because we know that another acronym is the best way to get closer to the citizens,” Moscovici quipped.

Differences remain among member states on the size of the budget, its objectives and how to finance it, either through the EU’s long-term budget, an Inter-governmental Agreement or even both.

In spite of differences, Eurogroup chair Mário Centeno was confident. “A few issues are still open, but I am confident we will find common ground in June,” he said.

“It is up to us to succeed. It is doable,” Moscovici added. 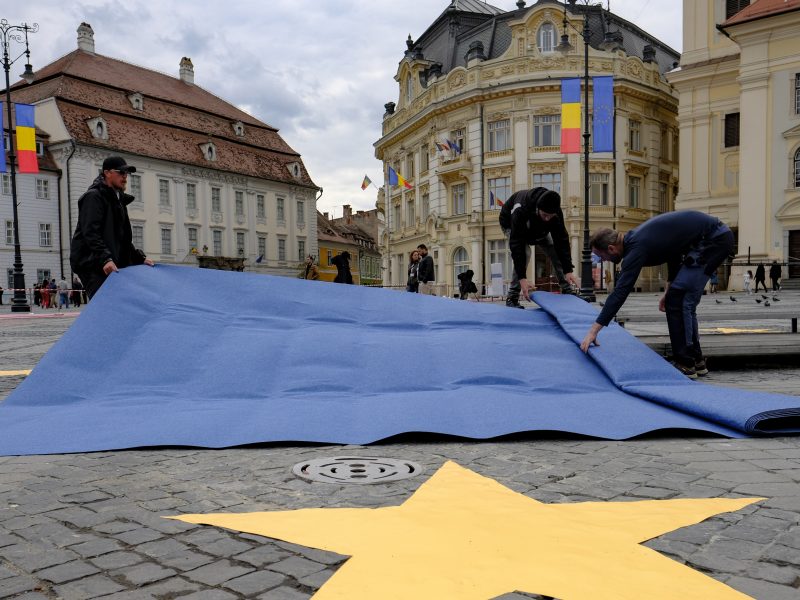