Monetary stimulus has been one of the main engines of growth over the past years, but continuing with the supply of ‘cheap money’ could hurt low-income countries, fuel risky investments and affect savers, the International Monetary Fund warned on Friday (24 January).

Central banks “served the world well”, said the managing director of the IMF, Kristalina Georgieva, in the closing panel of the World Economic Forum in Davos (Switzerland).

According to the Fund’s analysis, monetary easing added 0.5% to global growth via 71 rate cuts by 49 central banks. 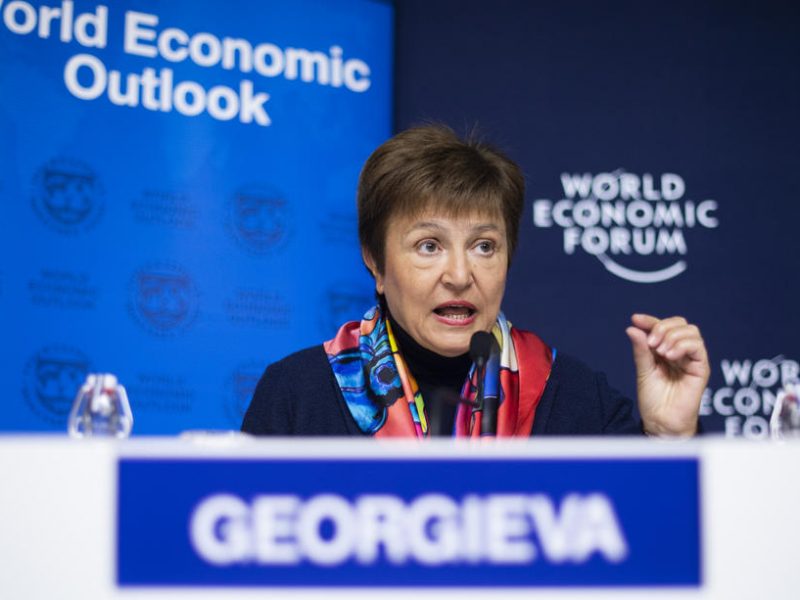 As the economy suffers from “sluggish” growth, she warned that one of the main risks is low interest rates, together with low growth, low productivity growth and low inflation.

She said that “when people talked about low (rates) forever, (it) sent a chill down my spine”.

“Cheap money is of course a temptation for higher borrowing of households, businesses and governments,” she told the audience of the congress hall in Davos.

According to the Fund’s estimate, there is around $188 trillion in debt across the world.

She said that, in the case of low-income countries, this was a source of concern.

But “I am even more concerned by the fact that, with low income for financial institutions, there is a higher appetite for yield, and that comes with higher risks. That requires all of us to think about the unintended consequences,” she warned.

Her chief economist Gita Gopinath warned during the Davos Forum that institutional investors, such as pension funds or insurers, were in search of more risky investments given the low returns because of the excess of liquidity.

In addition, Georgieva recalled that when central banks enter into negative interest rates territory, as it is the case of the ECB, “it is a big drag on the savers and on the banks”.

“This is a big concern”, she stressed.

In recent months, some eurozone countries, especially Germany and the Netherlands, have also questioned the ECB’s monetary easing. The central bankers of these countries have also criticised its latest round of monetary stimulus led by Lagarde’s predecessor Mario Draghi.

Georgieva made the remarks alongside the ECB President, Christine Lagarde. The panel also included the governor of the central bank of Japan, Haruhiko Kuroda, German finance minister, Olaf Scholz, and US Treasury Secretary, Steve Mnuchin.

Lagarde, who was Georgieva’s predecessor at the IMF, said that she was not going to enter into the debate of “what is the natural interest rate or forecast of how too low for how too long”.

“The risks are there, there is no question about it,” she stated.

She recalled that the ECB decided to launch an strategic review on Thursday to assess how to better achieve its mandate of maintaining price stability, as well as its inflation goals and the best instruments to achieve them. 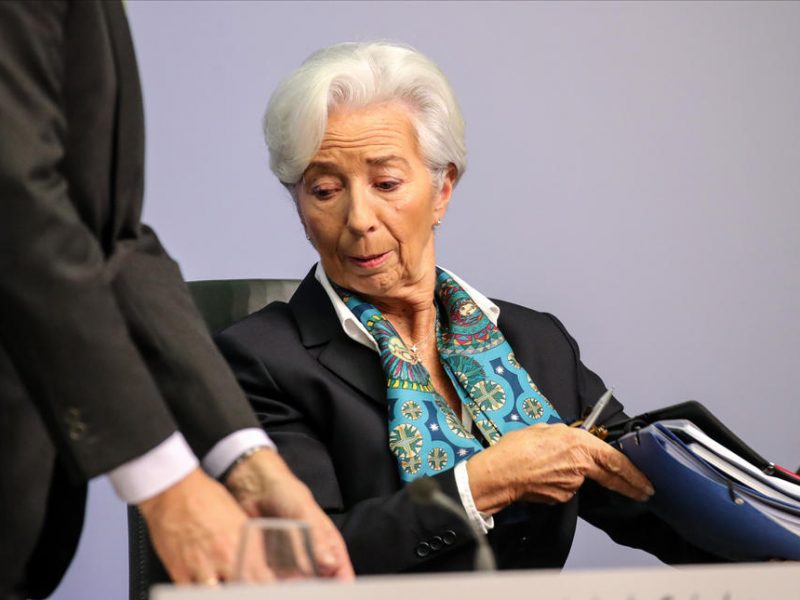 Currently, the ECB’s inflation target to ensure price increases are below but close to 2%.

Lagarde did not disclose any details of the strategic review, expected to be concluded by the end of this year. But she said that since 2003, when the previous strategic review was completed, there has been “structural changes”, including technology, demography or inequality or climate.

“We have to revisit how we deal with those issues, and that is exactly what the ECB is going to do”.

Kuroda said that “there may be some side effects on the financial system” with low interest rates, including “financial excess”.

But the Japanese central banker explained that his institution was monitoring the markets and, so far, there was no sign of financial bubbles or excesses.