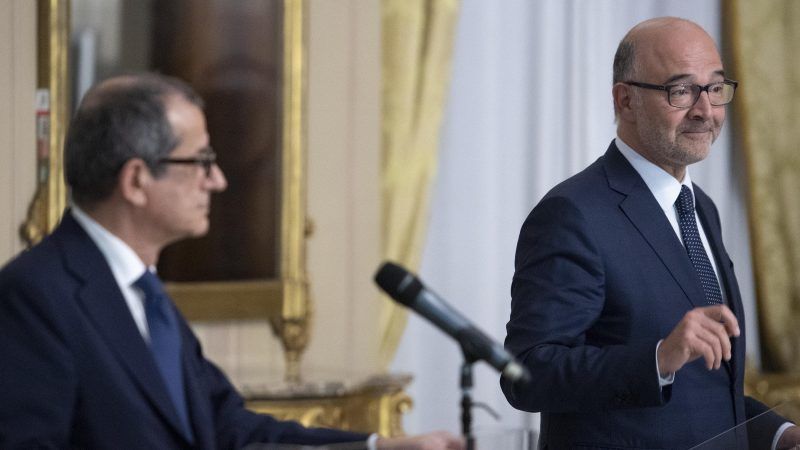 The European Commission is set to reject Italy’s budget on Tuesday (23 October) due to an “unprecedented” breach of EU fiscal rules, while Rome has stuck to its guns and presented the breach as a “difficult but necessary decision” taken by the government.

The Italian government does not intend to revamp its budgetary plan despite European Commission allegations that it breaks the rules of the Stability and Growth Pact.

On the contrary, Italy Finance minister Giovanni Tria admitted that the government “is aware of having chosen a budgetary policy approach that is not in line” with EU rules.

The College of Commissioners will meet on Tuesday (23 October) in Strasbourg and Italy’s budgetary plans are at top of the agenda.

Given the figures presented by Italy and its refusal to revise them, the Commission is likely to demand a new draft budget proposal. If it does, it would be the first such request in history.

In this case, the Italian government would have to present a new budgetary plan within three weeks. So far, Giuseppe Conte’s government has shown no intention to do so.

If the government refuses to present a new budget or if the adjustment is not sufficient, the Commission could open an excessive deficit procedure against the country for failing to comply with the EU’s fiscal rules.

However, in the short term, there would be no legal but economic consequences for Italy. 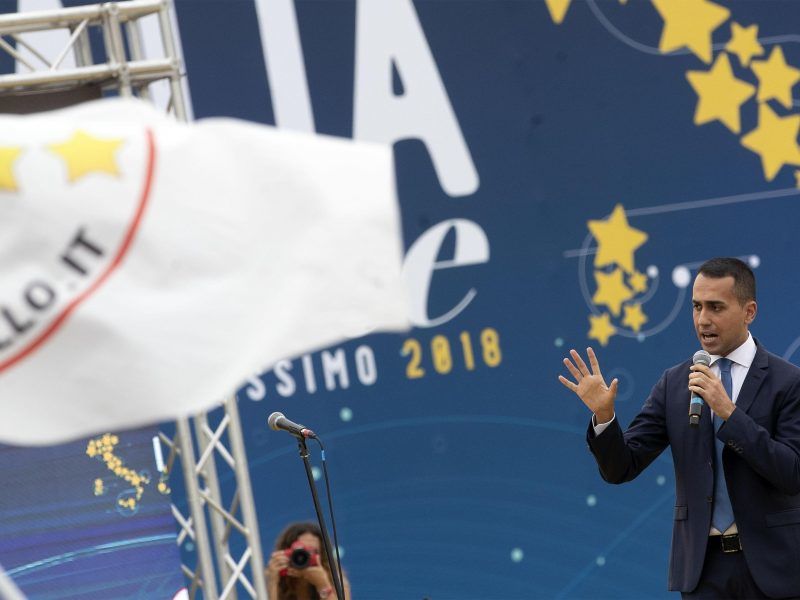 Failing to comply with EU rules, Tria said, was difficult but necessary “in light of the persistent delay in recovering pre-crisis GDP levels and the dramatic economic conditions in which the most disadvantaged sections of Italian society are found.”

In the eyes of the Commission, the draft Italian budget represents an “obvious significant deviation” from the recommendations adopted by the EU Council of Ministers for 2019.

Rome said it remains open to “continue the constructive dialogue” despite the “differences of the respective assessments” on the budget.

However, Tria said Rome will only consider taking “all necessary measures” to redress the country’s finances if the government’s actions fail to reduce the debt-to-GDP and deficit-to-GDP ratios.

This might not be enough for the Commission. In a preliminary assessment last week, it said the Italian budget represents a “particularly serious” risk of non-compliance with the EU’s Stability and Growth pact.

Italy was expected to approve a downward budgetary adjustment worth 0.6% of its GDP. But instead, it presented an expansionary budget of around 1% of GDP. Moreover, its deficit will reach 2.4% of GDP next year, compared with 0.8% of GDP targeted by the previous government.

“The revival of public investment and the modernisation of the infrastructure will result in an increase in the returns on private investments and therefore in their amount,” the Italian Finance minister argued.

Italy is not the first member state to justify a deviation of the fiscal adjustment in need to boost growth. However, usually, it does not work. A debt of around 130% of GDP will not help Italy to make its case.

The government “is convinced that all of these measures will allow the re-launch of growth while ensuring the long-term sustainability of public finances and the planned reduction in the debt ratio,” Tria insisted.

The Commission, however, does not seem to agree on this.

Despite their differences with Brussels, both Deputy Prime minister Luigi Di Maio and Tria have underline that Italy has no intention of leaving the euro.

“As long as I’m head of this movement and a minister of this government, I’ll always guarantee that Italy remains within the euro and in Europe,” Di Maio told the press. “Italy’s place is in Europe and the euro area,” Tria stressed.