The leaders of Italy’s ruling parties said on Tuesday (9 October) they would permit no changes to the government’s 2019 budget plan, despite financial market pressure and criticism from the country’s central bank and the parliamentary fiscal watchdog.

Speaking jointly to reporters, Deputy Prime Ministers Luigi Di Maio and Matteo Salvini reiterated they would not change the target of a budget deficit of 2.4% of gross domestic product for next year.

That was three times the forecast of the previous centre-left administration and sparked criticism from the European Commission and a rise in yields on Italian government bonds.

Backtracking on the budget would mean “betraying the Italians”, said Di Maio, who leads the anti-establishment 5-Star Movement.

Salvini, who leads the right-wing League, said he was convinced the expansionary budget would yield economic growth of 2% next year, rather than the 1.5% official forecast the government set this month.

The government can ignore the UPB’s verdict, but if it does so parliament can call on the economy minister to explain why. 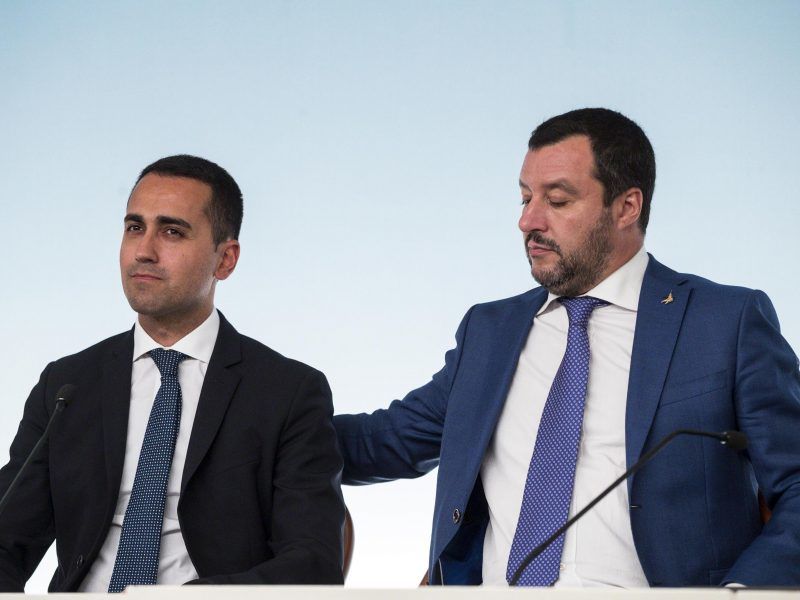 The Italian government on Thursday (4 October) dismissed concerns that the European Commission would reject its plan to raise deficit spending next year and signalled that it would not backtrack, even under market pressure.

The Bank of Italy warned on Tuesday that lowering the retirement age, as the government plans, could put the sustainability of the pension system at risk.

Di Maio shot back that the 2011 reform that hiked the retirement age, approved by a technocratic government, had “not been voted for by anybody,” and those who want to maintain it should have the courage to run for government.

Salvini said the people and institutions now criticising the government’s plans were those who had “brought Italy to disaster”.

Shortly before Di Maio and Salvini spoke, Prime Minister Giuseppe Conte said on Facebook the government would not change its fiscal targets but “strengthen” the budget by beefing up plans for investment.

Conte, who is close to 5-Star but not a member of either ruling party, said he would hold a meeting on Wednesday with state-owned companies to begin putting together a National Investment Plan.