Merkel warns against gains for British banks under ‘Brexit’ deal 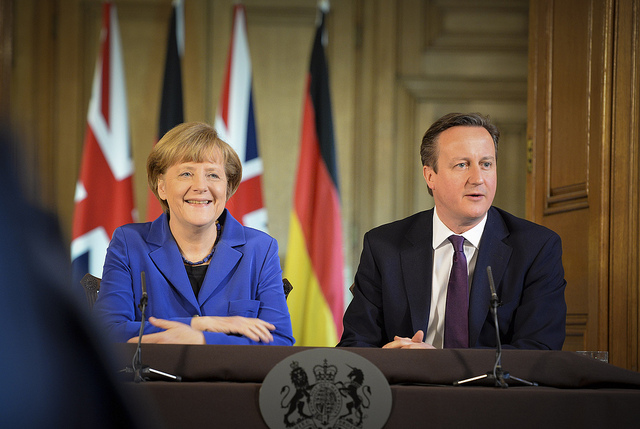 German Chancellor Angela Merkel wants a fair deal to help keep Britain in the European Union that avoids giving Britain’s financial sector an advantage over the eurozone through lighter regulation, deputies from her party said on Tuesday (16 February).

Merkel told a meeting of her conservative Christian Democratic parliamentary group on Tuesday that she hoped EU leaders could reach an agreement with Britain at a summit on Thursday and Friday. “There can’t be a situation where the British financial sector is less regulated than the eurozone,” one deputy reported Merkel as telling the meeting.

Reflecting her concerns, France wants guarantees that wording intended to ensure the City of London does not suffer from deals cut within the eurozone does not then allow British banks a chance to benefit from lighter local regulatory constraints.

Merkel’s clear aim was to keep Britain in the EU but she also wanted to avoid London preventing a deeper integration of the eurozone, the deputies said.

British Prime Minister David Cameron fended off changes on Tuesday to a draft deal he has cut to help keep Britain in the EU, as other states demanded adjustments and the European
Parliament said it could not guarantee to pass the reforms.

Two days before a summit where all sides hope for agreement, wrangling continued behind the scenes over the wording of the deal. Cameron made no public comment during a visit to Brussels and one person who met him said he appeared “very stressed”.

>> Read our LinksDossier: The UK’s EU referendum: On the path to Brexit?