The Brief, powered by EPRA — The politics of the pact 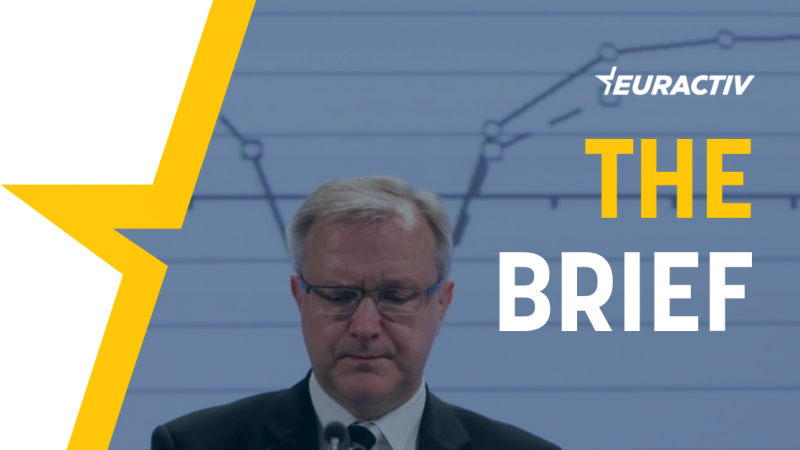 The EU’s fiscal rule book was an early victim of the COVID pandemic, correctly, pushed aside by the need to keep businesses afloat as lockdowns derailed economies. But it has not been forgotten.

A major question for EU leaders over the next few years will be how the massive financial stimulus measures rolled out for businesses and individuals to survive the pandemic will be unwound and paid for.

There should be no debate that this must be done. No country can run budget deficits of 10% for long without having the hot breath of the bond market on their shoulders. Debt accrued now will, eventually, have to be paid for.

The European Commission will come under pressure to reactivate the fiscal rules. In the meantime, EU policymakers should consider a big question: What to do about the Stability and Growth Pact, which anchors the EU’s economic governance?

Austria, Denmark, Latvia, Slovakia, the Czech Republic, Finland, the Netherlands, and Sweden, who tabled a joint paper last week, say the pact’s rules on excessive debts must be retained.

Curiously, Germany, which led the EU’s austerity drive a decade ago, has not joined the group. Perhaps because all of its political parties are deeply in the campaign for the 26 September federal election and, incidentally, the current finance minister and potential new chancellor, Olaf Scholz, is leading the polls.

But leaving the SGP unreformed and the EU’s economic governance legislation, known as the ‘six pack’ and ‘two pack’, would be a major mistake. Post–pandemic, these badly drafted pieces of law need an overhaul.

So, too, does the SGP. Drawn up as part of the Maastricht Treaty, the SGP is nearly 30 years old, and completely out of date.

One of the main battles ten years ago was whether public investment in education, healthcare and infrastructure spending could be left out of the deficit figures. Europe’s fiscal conservatives succeeded in blocking their inclusion.

French finance minister Bruno Le Maire has argued that we could now add investment in climate adaption and energy policy to reduce carbon emissions to that list, both priorities to which all EU governments are committed, and which will require massive investment in the coming decades.

Another alternative would be to increase or simply scrap the deficit ceiling since it is essentially debt sustainability, or the lack thereof, that drives the bond market.

The eurozone crisis a decade ago showed that the 3% deficit and 60% debt ceiling rules were obsolete. The religious insistence of the German government and Economics Commissioner Oli Rehn on sticking to them merely succeeded in turning a recession into a depression.

In the wake of the pandemic, even with a series of economic miracles, most EU countries will not get close to the 60% threshold. The average debt burden across the eurozone is around 100%, jumping to 120% and over in France, Spain, Italy, and Greece.

The main challenge for the coming years should be accelerating economic growth since that is the best driver of balanced budgets and long term debt reduction. A decade ago, the EU’s fiscal rules were used as a straitjacket. Repeating those mistakes again would be folly.

The State of the Union is tomorrow, and the official adoption of the new Health Emergency preparedness and Response Authority (HERA) is expected to be among the highlights. The HERA’s main mission will be to strengthen coordination between the EU and member states in both preparedness and crisis response.

The European Commission is moving ahead with digital transition. It set to launch a new governance framework for monitoring the digital transition and provisions for fast-tracking multi-country projects, according to a leaked copy of the draft legislation obtained by EURACTIV.

Next month, the health pass will be required to enter all bars, restaurants and fitness clubs in Brussels, in an effort to encourage young people to get vaccinated. Currently, only 44% of local 18 to 24 year-olds have received their first jab.

A leaked anti-deforestation draft regulation from the European Commission, expected to be published in December, excludes the fragile South American Cerrado grasslands and Pantanal wetlands — both of which are under threat from soy and beef exploitation. Campaigners ask: is the EU doing enough?

The European Parliament will vote on Wednesday on a motion for resolution on the Commission’s delegated act to tackle anti-microbial resistance (AMR), which is the ability of microorganisms to resist antimicrobial treatments such as antibiotics. The proposal has faced criticism from the Green party,  who are calling for the use of antibiotics in animals to be restricted.

And the outcome of the upcoming German general election may have a major impact on the nation’s Common Agricultural Policy (CAP) and gene editing technologies. The current administration presents a relatively conservative stance, but new leadership — such as a coalition among the Social Democrats (SPD), the Greens and the Liberals — could change that.

Still on farming, the German supermarket chain REWE is aiming for 95% of its pork to be homegrown, in an attempt to help the farming sector which is struggling from disease and high feed prices. But German farming associations say that while REWE’s plan is well-intentioned, it isn’t enough.

The EU is considering new sanctions to tackle environmental damage and human rights abuses in Europe’s supply chains. The move follows a report from Global Witness, which found that 2020 was the most dangerous year on record, with 227 recorded deaths — over half of which took place in Colombia, Mexico and the Philippines.

In its continued effort to push the European Commission to renegotiate the terms of the Northern Ireland protocol, the UK government now plans to delay border checks on EU goods until January 2022.