The Austrian national bank (OeNB) hosted its annual conference on 20 years of the euro on 2 and 3 May. In an interview with EURACTIV, the bank’s chief economist explains how the euro zone debt crisis changed the economic “tool box” of the EU currency and spells out the challenges ahead.

Doris Ritzberger-Grünwald is Chief Economist at the Austrian national bank (OeNB). She spoke to Alicia Prager at EURACTIV.de.

EURACTIV: Eleven EU member states introduced the euro as their common currency twenty years ago. What would you say functioned well and what should be improved?

Ritzberger-Grünwald: To put it simply, these 20 years can be divided into two stages. The first ten years are often referred to as the “golden years” because the economy was growing and unemployment was relatively low. Everything was going according to plan.

The year of 2008 was marked by the major financial market crisis, which dominated the second stage. The big questions we are now asking ourselves from a monetary policy perspective are: Did the European Central Bank (ECB) do well? Did we use the right instruments? Did we act in time? Many are very positive about these questions.

And now we can ask ourselves how we can reach the “new normal” and how we should proceed in the future. Everyone is of course aware that we will not return to normality as quickly as we might have expected. Unfortunately, we hoped the economic data would have been better.

We will therefore have to wait longer to reach this “new normal”. On the whole, however, we are quite well placed. We created new instruments in the eurozone, including new instruments that are being used in other central banks and have partly been adopted by others. This includes instruments such as the TLTRO’s – long-term liquidity supplies for credit revival – and the partially controversial negative interest rates.

These new instruments will probably remain. Although we might not always use them, they always need to be available so that we can activate them if the worst comes to the worst.

The classic instrument is the base interest rate. But it is currently so low that the ECB cannot really push it further down. How would it be set today to respond to a potential crisis?

If it had to, the ECB could buy many more securities. Other countries have bought more than the ECB and that was positive. One major change that should not be overlooked is what is currently being done with regards to tender operations [editor’s note: the ECB’s most important instrument for controlling interest rates and liquidity and clarifying the monetary policy stance]. It used to be very restrictive. There were auctions where banks bid for available money. So according to the ‘who bids more’ motto, those who do, have the money. But today, if banks have the securities we prescribe, then they receive as much money as they want.

All these instruments have tiny screws that could be tightened so that more could be done. But everyone hopes it will not come to this because the ‘tool box’ already is very broad, and we have more experience using it. For example, how forward guidance works [editor’s note: a central bank’s communication on its future monetary policy. Mario Draghi’s famous “Whatever it takes”] – how quickly it works, what parts of the market it can reach. If necessary, it is a good foundation to build upon.

What is next for the euro zone? What are the next steps in the reform process?

A lot can still be done to complete the euro zone. What will be crucial are a banking union, a capital market union, and euro area–wide deposit insurance scheme.

Maybe one day, we will even agree on a centralised fiscal policy. This does not necessarily mean that we will have a common finance minister and all budgets are managed by Brussels. But this or that task could be centralised such as infrastructure investments as these have become quite an international matter.

For example, if they want to build a railway line from north to south, five or six countries will probably have to join the planning and construction. In this scenario, it does make sense to have greater centralisation at a fiscal level to reach decisions easier.

During the crisis we saw how many people actually relied on the euro and the ECB, particularly under the motto of ‘the ECB will take care of it’. However, such a set up cannot work forever and it would function much better if other economic policy areas joined forces.

Europe’s economy is currently showing signs of weakness. What are your thoughts on this?

The second half of 2019 will be very exciting, because that is when we find out whether the first quarter of the century will have only had one dent or whether the economy will continue taking a hit and lead us into another recession. Of course I hope not, but it will be exciting when it becomes clear whether this is the case, mostly for monetary policy and the banks.

Let us assume that it is not just one dent. What would that mean for Europe?

We would see an economic downturn. It is also a normal occurrence following extreme growth. However, it remains important that the economy does not crash too drastically, in which case the issue of trust and confidence is very important to me. With the previous major crisis, we already saw how difficult things get when financial actors no longer trust each other, or when companies lose confidence and reduce investments.

Currently, there are several factors which could drastically impact the economy. For example, I see an increasing number of companies saying they are quite well-prepared for Brexit but it highly likely that without the uncertainty around Brexit, they would be handling the situation far better. It is the constant shifting and lack of clear rules that companies actually see as the biggest threat. 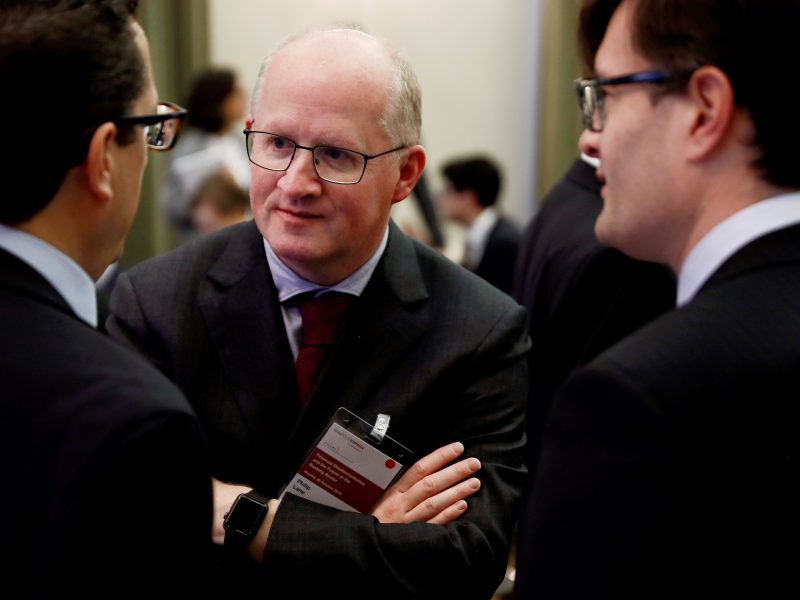 Do you think there is a global general trend of there being less clarity as a whole? That the investment climate is less secure?

I have the feeling that people are a lot more informed than before because of new forms of media. Although it brings greater transparency, that much information can also lead to greater uncertainty. And there is also globalisation. Our markets are much further away from us, yet more intertwined.

One also sees what goes on across continents. For example, the ‘silk road’ should grow halfway around the world. Many investments are on the way, but whether this will go well and whose interests are actually being served is another question…

What is your perspective on the ‘Silk Road’? Are you positive or sceptical about it?

At today’s conference, someone said: “Investments are being driven forward here, which are intended above all to boost Chinese demand with finances coming from China. It is a purely Chinese project with Chinese interests being served. But of course, many people are eager to be part of it and should indeed be part of it. This could lead to a real merger happening and better rail infrastructure towards that part of the world could be built.

But I do think it is too early to make a judgment on the matter and say whether this development is positive or negative. This development is in no way surprising as China is set to be the world’s dominant economic power for quite some time in the future. It is quite easy to see this.

Obviously, they are eager to network well and ignoring the Chinese would also be completely wrong. Cooperation is a positive thing but it needs to take place on an equal footing, based on reciprocity. For me, that is the correct approach and we need to carry it. If they decide to invest with us, we should also be allowed to invest with them. 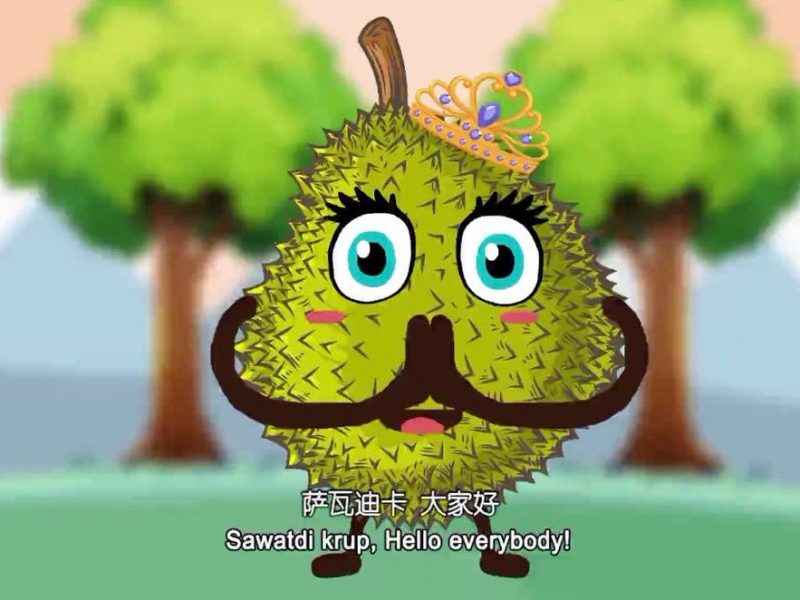 How is the European banking sector positioned in this international context?

Europe’s banking sector has hardly been consolidated to date, and this was also a major topic at today’s conference. We have thousands of banks, which is not the most productive approach. Competitiveness at an international level could certainly be improved to make the banking sector even more powerful.

There are over 6,000 banks in Europe. We are overbanked, as we say. The US is likely to be much more powerful and efficient.

How could that be resolved?

We could encourage banks to merge. In Germany, there has recently been an attempt to merge two large banks but it was not successful. But when huge Chinese or American banks operate, we may no longer be in the driver’s seat with all our smaller banks.

So are you in favour of larger banks?

Smaller banks are still more flexible but the banking market of the future might not have space for them. When I think of N26 for example, an exclusively digital bank, I see many other banking scenarios for the future.

But there are many parts of the current banking market that could actually be handled by retail companies, lare customers, private customers, start-ups, students, senior citizens and so on.  A lot more needs to be done before Europe find the structure that suits it best.

In the future, many things will be digitalised, but not everything as I do not see older generations necessarily going along with every change. But these older generations, they have the money. Students, however, are already adapting to digital platforms at a fast pace, and they, too, will get older, earn more money, have jobs and invest. And banks want to tap into other age groups too, of course. A lot will happen in the coming years.