Vazil Hudák: "What is important is the health of the finances of the budget of the municipality." [European Committee of the Regions/Flickr]

Healthy and sufficient budgets are prerequisites for the European Investment Bank’s (EIB) investment tools and resources to be used by municipalities and regions, Vazil Hudák told EURACTIV Greece in an interview.

Vazil Hudák is the Vice-President of the European Investment Bank. He spoke to EURACTIV Greece’s Nikos Lampropoulos.

Are you so far satisfied with your cooperation with the local authorities and their interest in using the tools EIB is offering?

Yes, the cooperation goes very well, it reflects the fact that urban development becomes more and more important topic for Europe, ruled by the fact that more and more people are living in cities. Actually, in about 30 years, 8 out of 10 EU citizens will leave in cities. It is a big population that already creates complex issues in terms of infrastructure, development and different services. That is why the demand is growing and part of the response to this demand is the creation of Urbis which we provide to the local authorities.

Urbis will be de facto hosted as a website within the advisory hub, but what will be new is that the EIB, in cooperation with different institutions and especially the European Commission, will provide different financial services and technical assistance to the local authorities. So far these services have been disbursed in different departments of the EIB. Now Urbis is trying to aggregate them and put everything under one umbrella, one window, so we are making the whole access to the services provided by the EIB much easier.

If you are a mayor all you have to do is to click on URBIS and you get information about all different types of services from advisory to structuring, project development, and financing that EIB can provide.

To simplify the process, we have developed a project description template, very brief, asking some basic questions, which needs to be filled in. Questions are related to the type of project, financing that is required and any other type of support. Our people will then receive this request form and based on the specific needs they will then respond on how they can support that project.

I have to say in that context that we are still in the pilot phase. We are doing the Urbis exercise without increasing staff, practically using the current resources of the EIB, to see how much demand there will be. In the middle of next year, we will have a review to evaluate what is working, what is not working and based on this to make it a more concrete tool. We may have to adjust some elements of the platform in terms of stuff allocated and services provided. Of course, this will require additional support by the European Commission, but I believe if there is a demand and the tool proves to be useful, we can make it even bigger.

​Guarantees: Does a city need to have a state guarantee backing its proposal to get funding from the EIB? Are the local banks involved in this?

That is why it is very important to analyse if there is fiscal space, debt capacity because we are providing support in loans and guarantees which will have to be paid. So whether there is a space in the municipal budget to repay the project and we need also to see if the project itself is financially sustainable.

It depends on the country arrangements. There are some countries within the EU that there is an explicit guarantee or support from the central state, like for example Hungary, that some years ago de facto centralized all debt management and financing of the municipalities.

So cities, on one hand, can benefit from this support and get the guarantee from the government, on the other hand whenever they have an investment project they have to ask for approval from the government. In other countries, I would say the majority of the EU municipalities can do this exercise alone. But also if they fail, they have to take care of it themselves and cannot rely on governments for support. 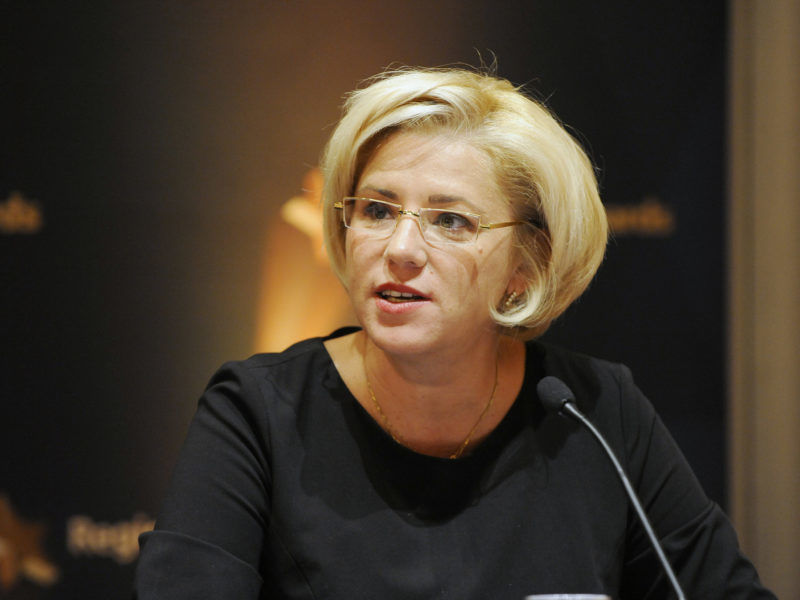 ​In case the use of the framework and direct investment loans becomes the rule and not the exception are you afraid this might raise national debts in long-term that will become unsustainable?

It is too early to say. But even with the post-2020 Multiannual Financial Framework – which will most probably go in the direction of a more active transition to the financial instruments vis a vis grants, especially in the Cohesion countries and regions – this will certainly influence the overall situation. There will be less typical structural funds in terms of grants available but it will be still a mixture of grants and financial instruments.

So obviously the municipalities will have to carefully assess how much of debt they can afford or not. I think the municipalities are, at least what we see, under a lot of supervision from the citizens. And I would say that today we see that they are even too much conservative and that is why I’m not so much afraid that there will be suddenly a public debt crisis created by the municipalities since so far they had been quite responsible and rather conservative.

EIB is getting more and more into supporting public investments in Europe. Do you feel that we are in the process of changing the public investments model and that EIB will become the key player and decision maker in this process?

We are very much a demand-based institution. We are in the process of responding to the demand that comes either from bottom up (regions, municipalities, rural areas, private sector) or if there are specific mandates coming from the European Commission or the European Parliament, such as the EFSI, the Juncker plan etc. We are somewhere in the middle, we don’t push our own strategies or ideas but rather try to respond to the need which is identified among these people and institutions which borrow the money from us. So I do not think EIB will be in the position or that it has the ambition to impose its own ideas.

Do you think that there is a need for a geographical allocation of the funds to ensure that all member states will equally benefit from EFSI funds?

You can take two different views on this. One is the statistical view: If you compare the amount of EFSI financing of each country per GDP, the country which gets most of this funding is Estonia. Then I think it is Bulgaria etc, because of the small size of their GDP. This is the positive view.

The less positive view is if you look at the overall distribution of the money. Then you see that around 90% of the money is allocated to the old member states and only 10% of the new member states. Obviously, we are not happy with the situation we need to make the geographic distribution more equal, more balanced.

So what we are doing is we are creating the advisory hub and also mini hubs in key countries, including Greece, Bulgaria, Slovakia, Poland. Because the key reason why new member states are not utilising EFSI is that they are not used to developing projects which have a commercial base, which have to be repaid. Cohesion countries and regions are used to working with grants, free money, but the financial instruments are something new. They have also to learn how to do it and how to combine grants and instruments.