Petteri Orpo is Minister of Finance in Finland. He is the chair of the National Coalition Party. Previously, he served as the Minister for Agriculture and Forestry (2014–2015) and Minister of Interior (2015–2016).

One of the main goals of the experiment was to see whether job-seekers felt more encouraged to look for a job with a universal basic income. The results did not prove this point. Checkmate then?

Firstly, I have to say that I have never been in favour of a universal basic income. But it was very important for our coalition partners in the government. The first results showed that employment did not increase, but only improved the well-being of the participants. For me it was not surprising, because there was less bureaucracy to get your money every month [the basic income was €560]. Following the results, now all the main parties, the Social-democrats, the prime minister’s party and mine are all against a universal basic income. We want conditionality for the social security systems. That is why I think the case is closed in Finland. The Greens and Left-Wing party are still in favour. 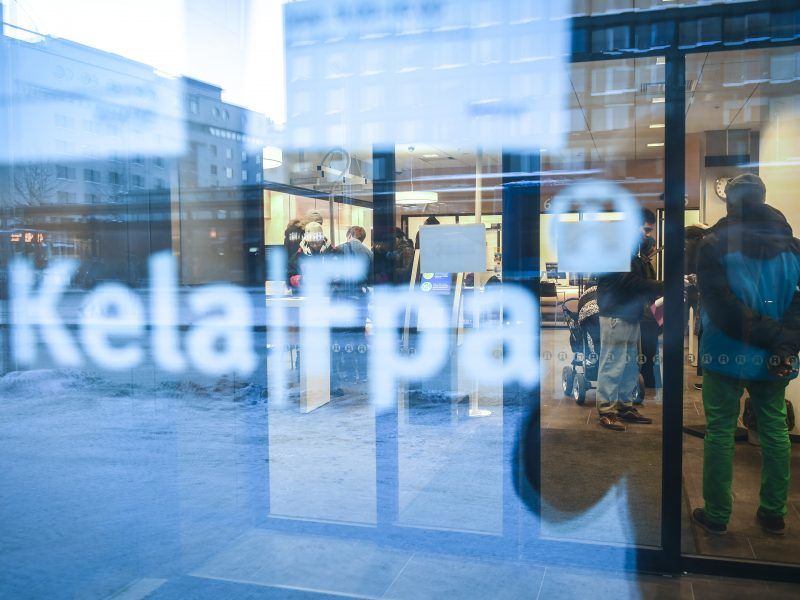 Given that it was the first trial organised at national scale, would you say that it is ‘case closed’ for other nations? Or would it make sense in less developed welfare states?

As the world of work has change due to digitisation, new technologies and global labour markets, we have to reform social security systems. But if you want to raise high employment rate, I would target 75% or 80% as in Nordic countries, it is not possible without conditionality in social security system. In my opinion, if you access universal basic income, you will accept lower employment rate and lower welfare and more poverty. We have to make our systems simpler, and have incentives to take jobs.

After these results, do you consider that the cause of the universal basic income is seriously damaged or the defenders have still good arguments?

At the EU level I am not sure about that. Our experience shows to other member states that employment did not increase.

In this experiment you didn’t dismantle the existing social protection schemes but instead you added the universal basic income. In that regard, you did not address the complexity of the system. Do you think that the trial could have been better designed?

Many experts have said that we have to improve our experiment. It will depend on the next government whether they want to continue and make the experiment better. But the political reality may be that it is not going to happen, because all the biggest parties are now against it.

As you mentioned, the basic income was helpful in increasing well-being. That had a positive impact on addressing anxiety, fear, anger and other feelings seen as a factor behind the spread of national populism. Should this then be prioritised as a stabilising tool in politics?

I understand very well what you mean. But the reality is that welfare is the priority. And there is no welfare if there is no high employment rate and economic growth. There must be conditionality in the social security system. We can make the systems simpler. There has to be enough high social security level and very simple, and with incentives.

What kind of incentives are you considering?

You have many models. You can do it by taxation. For example, if you get a short-term job, you don’t pay any taxes. A better way is when you have a job and you get benefits that enhance what you would receive, because there could be cuts to the benefits you may get.

But at the same time the priority of social protection schemes is to ensure that nobody is left behind.

The basic level should be high enough. But not as high as the universal basic income. The conditionality means  that you have to do something by yourself: either to study or look for a job.

Are you going to use this study during your rotating presidency of the EU in the second half of this year, as part of an effort to rethink the welfare state? Or do you have other priorities?

Maybe we can use this experiment. Our presidency is taking place in a very crucial time in the EU, because there will be a new European Parliament, a new European Commission and a new Commission’s programme.

And a new parliament in Finland, following the elections in mid-April.

And a new government. We have to push the EU to solve the biggest problems: to mitigate climate change and to manage migration. Together, we have to manage these two big issues. For Finland, it is also very important to boost economic growth and security and defence.

That is a lot of ambition for six months.

Because we are preparing a new programme for the next European Commission. For example, a Finnish priority is the Lisbon Treaty’s mutual defence clause. We try to find the way to make it stronger. For us it is very important because of our neighbour [Russia]. But also education. I know it is a member states’ competence, but in my opinion we can do much more together, creating more added value at EU level.