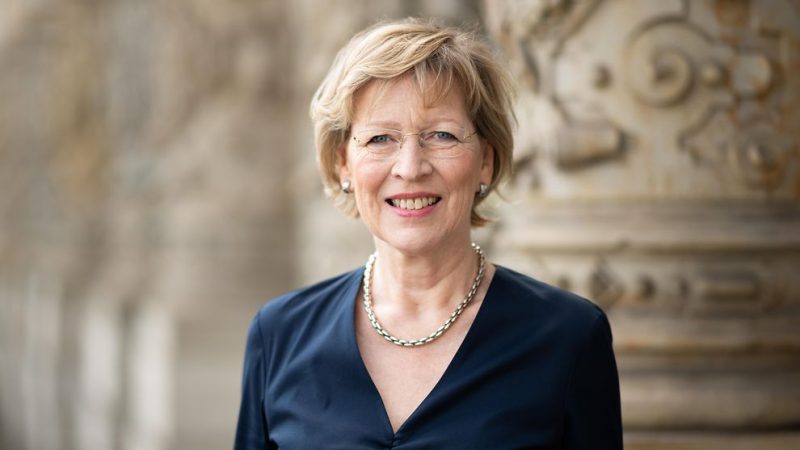 "Even before the pandemic began, we were already aware of the structural change in the inner city and the danger of mono-structures forming," Stapelfeldt said. [Daniel Reinhardt / Senatskanzlei Hamburg]

Hamburg is looking for solutions to reverse the trend of disproportional retail sector growth, while other sectors such as culture and leisure struggle, Dorothee Stapelfeldt, Senator for Urban Development and Environment in the Government of Hamburg, told EURACTIV.de in an interview.

The “dangerous” reduced diversity of uses in Hamburg’s city centre was already noticed before the pandemic, but the latter deteriorated the situation, Stapelfeldt admitted.

“Even before the pandemic began, we were already aware of the structural change in the inner city and the danger of mono-structures forming,” she said.

The problem mainly concerns the uneven focus on the retail sector’s growth, whereas restaurants and cultural institutions have been displaced.

“Most cinemas in the city centre have had to close in recent decades because of this,” Stapelfeldt said.

To counterbalance the negative trend, the city of Hamburg already made efforts to preserve diversity in the city centre before the outbreak of the pandemic.

“Back in 2014, we developed a mission statement for the inner city that addressed this problem, among other things. At the beginning of 2020, even before COVID became a global pandemic, we presented our inner-city action concept based on this,” Stapelfeldt emphasised.

In this action concept, a particular focus was placed on promoting various uses.

“We said: we need much greater diversity and mix of uses in the city centre. Emphasising this variety more strongly, with more housing, more cultural offerings, more services, and more gastronomy is particularly important to us.”

The pandemic made things worse

However, the pandemic accelerated the emergence of mono-structures in the city centre. Although the city of Hamburg does not yet have concrete figures on the number of closures in the last two years, the decline in diversity is apparent.

“This development reached its peak in connection with the pandemic, during which two large department stores were forced to close,” explained the senator for urban development.

In response to the pandemic outbreak and the subsequent lockdowns, financial aid totalling €3 billion was provided to Hamburg’s business community to ease the burden caused by COVID restrictions.

For example, the city of Hamburg provided about €1.6 million for the Restart Fund, which supports events and other activities by stakeholder groups.

“The inner city has received a larger share than the smaller districts with their respective centres. With the fund, we really offered help to restart after the lockdown,” Stapelfeldt said.

In addition, the city of Hamburg has initiated the project “Free_Space”, endowed with €9 million, which aims to revitalise the city centre by allowing vacant retail spaces to be used temporarily. The project supports creatives in temporarily using suitable vacant premises for production, presentation, and trade under favourable conditions.

However, the project, launched in July 2021, has attracted only limited attention so far.

“Of the €9 million we offered in funding, only half a million has been drawn down so far,” Stapelfeldt said.

However, to counteract the development of mono-structures in the city centre, measures with a long-term perspective are needed that also affect beyond the COVID pandemic.

“Financial support for the retail sector may have briefly tackled the problem, but it has not solved it,” the senator noted.

“Because the retail sector must also change conceptually regardless of the pandemic – if it wants to maintain its standing[…] Because people nowadays expect to be reached differently.”

A decisive factor in this regard is digitisation, which will also have a massive impact on retail. The city of Hamburg is trying to address this by improving the framework conditions.

“Here, as a city, we are trying to set the general conditions. This is the first step. But of course, private initiatives and impulses are also needed,” said Stapelfeldt.

Overall, the aim is to make the inner city more resilient in terms of diversity of use. Hamburg remains a city “in which important cultural institutions, both large and small, have their place,” the senator for urban development concluded.