Lambert van Nistelrooij is a Dutch Christian Democrat member of the Group of the European People’s Party in the European Parliament where he is Coordinator for Regional Development.

He spoke to Nikos Lampropoulos for EURACTIV.com

What is your overall impression of the Commission’s proposal on the new MFF?

We shouldn’t complain too much and we have to see what the member states will do. Also, due to Brexit and new tasks, we will have to contribute more so we can still fulfil the Treaty, apart from reducing spending where possible and focusing on policy with a clear European added value.

We had in the EPP the possibility to talk with commissioner Oettinger and the other commissioners from the EPP family. To be frank, not everything we wished for is in the Commission’s proposal.

What would you wish to be in?

We expected cohesion policy to keep the same share in the budget.  If you look at the entire EU budget, you might say that with €375 billion over the period, Cohesion policy is still a cornerstone. It has its fundament in the European Treaty and it is our obligation. However, we can work with the proposed 7% reduction, which, corrected for inflation, amounts to a reduction of even 12.5%.

In order to achieve this, as I said already in the plenary, we will reduce the amount of co-financing for projects in the richer countries. Now it is 50% for rural development and 50% for every eligible project in the ERDF. I expect that we will go back to 40%. With these changes, the programs can continue and the overall budget –EU budget and co-funding- is far more than 400 bn.

This is for the richer countries. What about the rest of the countries?

We have to bear in mind an aspect of solidarity, especially for those net payers who will have to pay more. The system is rather inclusive and if you take into account the EU money and the co-financing, in the end it is not a big change.

What is changing is the Common Provision Regulation (CPR), which will be upgraded. I was a rapporteur, together with Mrs Krehl, on the CPR. We had 5 funds under it (ESF, ERDF, EMFF, European Agricultural Fund and Rural Development, and Cohesion Fund) and now it will be expanded, including asylum, migration and security. There will be a common rulebook under the same umbrella and this is quite a challenge. The Commission will propose fewer headings and more common rules.

The Commission uses cohesion to come forward with a more integrated and less fragmented policy. Everything will fall under shared management.

We clearly saw in the Commission’s new MFF proposal an effort to align further Cohesion Policy with the European Semester. Do you think this might have a negative impact on cohesion?

No, I do not think so. The European Semester should be a precondition for receiving the money. This has nothing to do with shared management as such.

Yet, we have the Structural Reform Programme. These are 25 billion euros that come out of the cohesion.

No, they don’t, because we are now starting from scratch. I was rapporteur for the Structural Reform Programme. At the beginning of this programming period, we took 146 million out of the technical assistance of the cohesion fund to make a start and then to supplement the envelope with some other money. Now, for the first time, there is a separate programme, standing separately from DG REGIO’s budget.

Still, the mechanism of Structural Reform Support Programme seems a bit unclear. What is your understanding?

The SSRS, the special unit in the Secretariat General, is responsible for managing that. The actual situation is that 70% of the country-specific recommendations are directly related to cohesion to what cities and regions do. It is, for example, for public procurement in Romania or management of funds in Poland.

The rest – 30% – was never in the hands of the cohesion, i.e., reconstruction of the banks. It is extremely important for me that no money is transferred from cohesion policy unless a member state decides to allocate an amount to the “InvestEurope” fund. There is still a pending proposal for the current programming period to reallocate unused money from cohesion (Performance Reserve) to fund the certain reforms. This idea is now dead, in my view. The CPR will cover everything.

Because you have frozen this in the REGI Committee of the Parliament.

There are also some concerns about ESF. Some argue that according to the new proposal, ESF is now separating from the Cohesion.

The ESF has a tradition and it has always been a fund that is managed by the member states and the European Commission. It is a bottom-up process. Now it might be more centralised. I have to see what it means because there is a very big diversity and different needs.

The European Social Fund is not just a fund for centrally driven things. It is also a fund to answer demands of a local labour market.

I come from Eindhoven, the PHILIPS city, and there the CEO says in the press that we are in need of more engineers. This situation has an impact on the future socio-economic situation in our part of the world. Theoretically, it is already possible in the European Social Fund and the CPR not just to spend money on the people who have no job or have to be trained to have a job.

The money can also be spent on those who want to work with artificial intelligence or to be even better engineers because my region and many others in Europe need these people. The ESF should be really tailor-made. 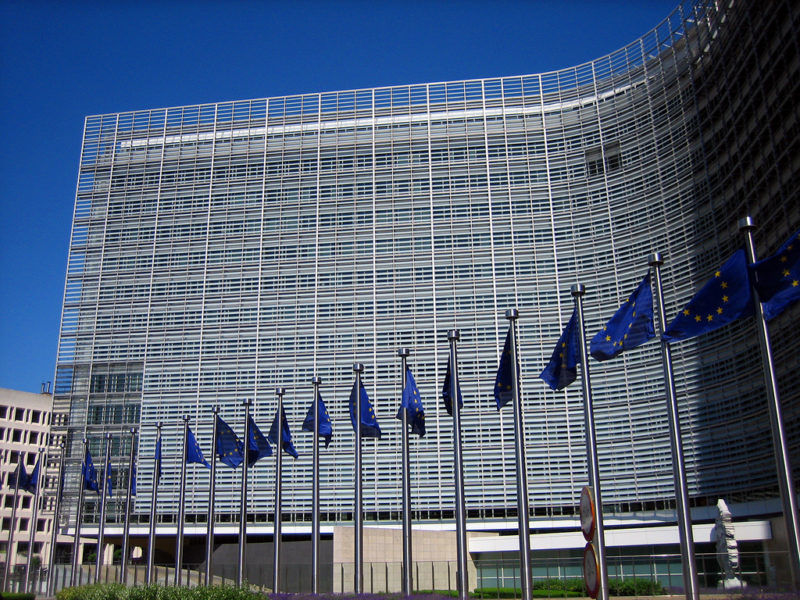 EU regions and cities have expressed their concern about the European Commission’s new proposal for the post-2020 cohesion budget, raising doubts about the future effectiveness of the policy.

The information we have is that the ESF might move towards a more centralised management from the member states, and it won’t be integrated into the regional programmes.

This would be a mistake. If member states book EU funds immediately on their national accounts, like it happened in the Netherlands through central management, together with the national budget for social policy, it becomes just a tiny part of the national budget and the effects of EU money are not visible. It was not really the best use of the ESF and neither the best visibility of the results for Europe.

Is the parliament ready to start the discussions on the new MFF? Do you already have any amendments to the Commission’s proposal?

We are prepared to make quick changes in Parliament and to adapt ourselves to the new reality concerning i.e. co-financing rates. The Parliament has to analyze all other proposals and maintain the three categories of the regions: convergence, transition and developed regions.

If the Commission wants to change that, we will absolutely amend it. I also want speed up the use of the “performance reserve”, because now we put aside a reserve of 6% – almost 21 bn – in the envelopes of the member states and this reserve can only be used at the end of the period. I would like to have a more dynamic system. If you deliver your projects, for instance, on energy transition and you do it well, and then you should get your reward immediately. After six years I cannot motivate my children by saying: “Later, if you finish your studies, you will get a trip”. This takes too long.

Do you think there will be a final decision on the MFF before the end of this parliamentary mandate?

Yes, if it is up to the Parliament. We are ready, but we should not forget that the member states have to agree on the budget too. I think it is realistic that we will have not just a first reading, but we will have an agreement on 95% of the content proposal in this parliamentary term.

Some politically sensitive parts –like the rule of law- will remain. Yet, we have a very good relationship between the political groups in the committee on regional development. There is a global common understanding of the building blocks of the report.

In any case, we do not know when the Council reaches its agreement on the budget. That is not clear; some say that it will be 2020. It’s their prerogative thus not in the power of the Parliament.

On May 2nd, Commissioner Oettinger revealed the EU Commission's proposal on the new Multiannual Financial Framework for the post-2020 period. According to this proposal, a reduction of 7% -in current prices- in the funds of Cohesion Policy is foreseen.