MEP Tomc: "The situation of labour markets is difficult and most of the countries are facing skills mismatch." [European Parliament]

This article is part of our special report Looking for jobs after the crisis.

She spoke with Sarantis Michalopoulos ahead of a report on the implementation of the Youth Employment Initiative in the member states, which will be voted on Thursday (18 January) at the plenary session in Strasbourg.

What are the overall conclusions from the implementation of the Youth Employment Initiative (YEI)? Is the Parliament satisfied with the member states’ efforts?

Firstly, YEI means the financial package for the measures prepared by the member states, so we should bear in mind that when it comes to the member states’ efforts, we should ask ourselves how ambitious member states were at implementing the YEI. The answer varies state by state. Finland was certainly very successful, some southern countries unfortunately less so. The main conclusion of the report would be that we expressed great political and financial commitment to support the YEI as a more stable, targeted instrument. We emphasised the need that in the future, NEETs should be reached more efficiently. Here I would like to mention that it is crucial that member states play their role, with efficient measures, by seeing YEI as an additional instrument and by much needed educational reforms, in order to prevent skills-mismatch. Combining all these – young people will be able to sustainably integrate into the labour market. I believe Parliament suggested ways to improve the YEI, I hope in the future member states will be able to report, according to the collected data, and therefore also present better results.

How can the EU address the lack of reliable data regarding the implementation of such initiatives?

This first written evaluation, or report, showed us that there are many problems that we need to address. You can find these challenges and many more in the Court of Auditors report. Each country should ensure that data is collected, otherwise, evaluation is impossible. The main message should be that we will continue with the YEI, but we will do it better, also when it comes to data. 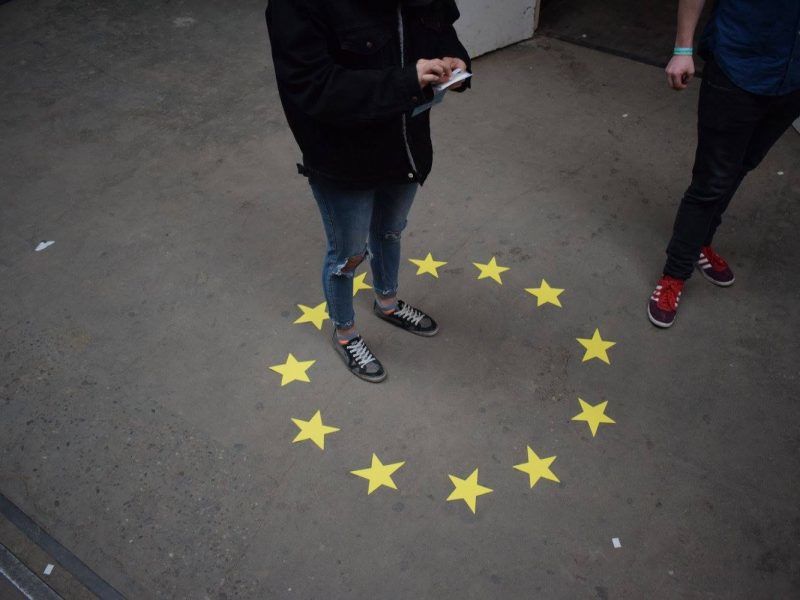 What if the youth could change Europe's economic reality?

We need a reality check. Some in Europe may be celebrating the slow but steady rise in employment rates and economic growth. But young people have very little to celebrate, writes Luis Alvarado Martinez.

In your report, you stressed, “The Youth Guarantee must be the first step towards a rights-based approach to the employment needs of young people.” How could this be achieved in countries that have been affected by the crisis and where labour relations do not meet the average EU standards?

This paragraph is still under consideration since the vote is taking place on Thursday. So we have to wait until Thursday. Rights-based approach basically means that young people have some standards when getting their contracts, and I believe it is also linked to the question of a quality offer. In some countries there were examples where young people were employed for a month or even less, under the YEI. This shouldn’t be the case or a good example, especially not if the EU is financing it. By letting this happening, we would send the wrong message. Even though I agree with you regarding difficult labour relations and the rise of atypical employment, we should strongly oppose the practices of labour legislation violation being used under the YEI.

Despite several initiatives to boost employment, the brain drain of young people seems to be an open wound for the EU. In addition, few countries have linked employment to education. Are these signs that the EU single market is not functional yet?

The situation of labour markets is difficult and most of the countries are facing skills mismatch. Linking employment to education should, therefore, be a basic reform in every European country. The single market is one of the greatest achievements of the EU. But to be honest it still lacks the solutions deriving from the four basic freedoms, especially when it comes to the free movement of people. The consequences of someone working abroad are not just brain drain for one country, as you mentioned, but also the question of social rights such as pension rights, unemployment benefits, child allowances etc. Because of that, I believe the single market is still in the making.

The EU has emphasised the need to support the so-called NEETs [young people not in employment, education or training]. However, in many countries, the term is still unknown, meaning that the subject is ignored. Are the member states turning a blind eye to the phenomenon or can the EU Institutions not convince them of its severe implications in society?

First, let me just mention that 16 million NEETs have entered YG schemes and YEI has provided direct support to over 1.6 million young people in the EU. It is true that member states didn’t make enough efforts to reach inactive youths (NEETs). The problem is that once somebody becomes inactive this usually leads to long-term unemployment. Ireland was a country that tackled this specific issue, in my opinion, quite smartly, because they offered money to their citizens to register themselves as unemployed. By doing so they got reliable statistics on the percentage of NEETs in their country. When they identified them, they were able to make measures more targeted. This should be the first step when reaching NEETs. I don’t believe that the countries are turning a blind eye. I believe that they didn’t have time to do the research, to prepare suitable reforms, instead they rather used YEI money to replace already existing national reforms.

How do you see the role of civil society, particularly youth organisations, in the monitoring of employment initiatives as part of a bottom-up approach?  Do you believe that youth organisations currently have enough of a platform to make their voices heard?

The situation differs across the EU. In some member states, this is really the case – so that youth organisations are not involved enough and that we can speak about the lack of bottom-up approach. But for example in Slovenia, so in my home country, this was not the case, since youth organisations were greatly involved in the implementation process. So it again depends from country to country. In the report, I mentioned the absence of youth organisations in the implementation process, so that member states will be able to improve this issue in the near future as well.