5-Star EU chief: No clash with Europe, but austerity should end 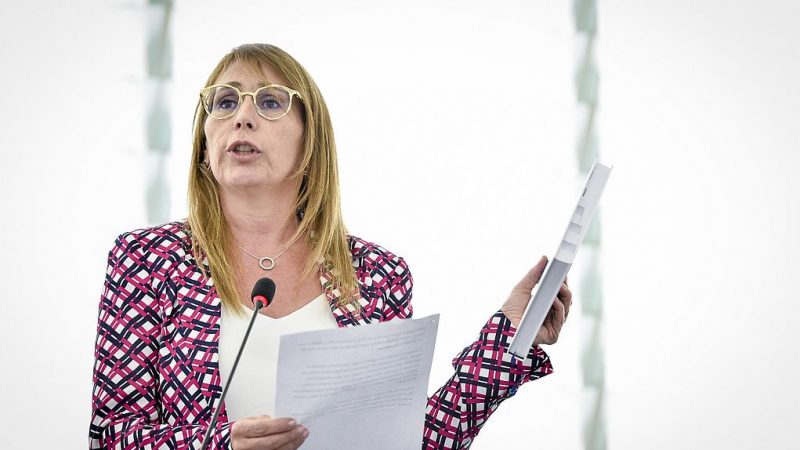 Tiziana Beghin: The aim of the Five Star Movement is not to clash with the EU but to ensure there is more fiscal flexibility. [European Parliament]

Europe’s austerity-driven dogma has proved to be unsuccessful and should come to an end, MEP Tiziana Beghin told EURACTIV in an interview but stressed that the aim of her party, the Five Star Movement, is not to clash with the EU but to ensure there is more fiscal flexibility.

She said Italy needed to be given the opportunity to invest in new sectors, such as the New Green Deal, in order to help the country grow.

Tiziana Beghin is the head of Five Star Movement delegation in the European Parliament. She spoke to EURACTIV’s editor Sarantis Michalopoulos in Strasbourg.

The new coalition in Italy

Asked about the new coalition government in Italy between the Five Star Movement and centre-left Democratic Party (PD) and how it compared to the previous collaboration with far-right Lega, she said the 5-Star Movement is not ideological and is therefore not close to either of these parties.

“For sure, we have some common points with Lega as well as with PD,” she said. She added that after the March 2018 election, it was not possible to have a majority to form a government and therefore several political forces were asked to sit down and discuss.

“We asked some experts to make the comparison among the different programmes and the one that was closer to ours was the one of Democratic Party, but they refused to sit at the same table with us,” she said.

“The only one that answered our call was Lega. And actually, I can say that we did some important things during the last year and a half, for example, the anti-corruption law, the minimum income, the reform of pension.”

Referring to PD, the current coalition partner, Beghin said 5-Star has other common points, as they seem to be, among others, “more engaged in environmental issues”.

According to her, the first big test will be the new financial law due in December.

“We have two different objectives: First not to clash with the EU, because we think it is very important to be part of the EU. Secondly, to ensure that we will have more flexibility in order to have deficits but to invest money in some productive sectors, such as infrastructure, and innovation.”

“We need to invest in order to help our country grow,” she said, citing as an example the New Green Deal, which is of significance for Rome, considering its ambitious plan to have 100% renewable energy by 2050.

Referring to the EU Commission President-elect, Ursula von der Leyen, she said it seems that she is fully aware of the severe social implications of austerity policies and that the austerity-driven EU dogma should change.

“We trust her […] but they have to admit that their recipes have been unsuccessful everywhere, not just in the south of Europe, as we obviously know, but also in Germany, which is now faced with a lot of economic problems”.

However, she did not share a similar view about the new head of the European Central Bank, Christine Lagarde. The 5-Star Movement abstained in the vote for Lagarde’s appointment.

She said in thing in favour of Lagarde was that she will follow Mario Draghi’s quantitative easing policy of keeping interest rates low and encouraging lending.

“But her past speaks for her. She was one of the most important players in the IMF […] She was involved in destroying the Greek economy. We can’t provide support without having been reassured about a different way for the future.” 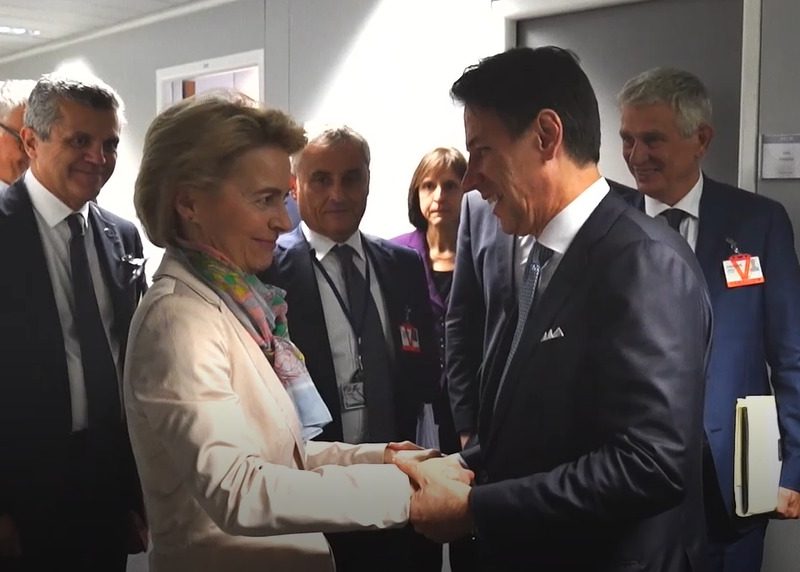 Freshly re-appointed as Italy’s prime minister, Giuseppe Conte has meaningfully chosen Brussels and the EU institutions for his first official visit, aiming to lay down weapons and start a new give-and-take relation with the European Commission.

Asked about former Italian Prime Minister Matteo Renzi’s decision to quit the PD and form a new movement, she said the coalition with the 5-Star could not be affected.

“Maybe he will have one or two ministers that are close to him. But I’m not sure that this will continue to apply in the future with this behaviour.”

“But if we go to an election now, he will completely disappear from the political scene, I think,” the Italian politician said.

As for Renzi’s EU ambitions, she said he has proved to be much closer to the liberal Renew Europe group or even the centre-right European’s People Party (EPP) than his own socialist political family.

“I think that the natural position of Renzi is actually more centre-oriented, even in the EPP. Maybe he will be the new Berlusconi,” she noted.

Last but not least, EURACTIV asked her if she felt that the collaboration with Salvini on migration policy had damaged her country’s image worldwide.

“I think that it was something effective for Salvini and not for the solution to the problem either for us or for Italy. But it was useful because, for the first time, the EU member states were more involved in these issues.”

She added that it was not Salvini’s strong position but rather Prime Minister Conte’s negotiations with the EU partners that changed somehow the situation.

“We can now say it is easier to find some solidarity from the other member states.”

She said the situation has not changed completely compared to last summer and the NGO ships, but at least people now don’t stay in a boat for 10 days and they ultimately reach the Italian coast.

However, she made it clear that the new Italian administration will not be an “open harbour” government, saying that neither Italy nor Greece nor Spain can handle the migration issue alone.