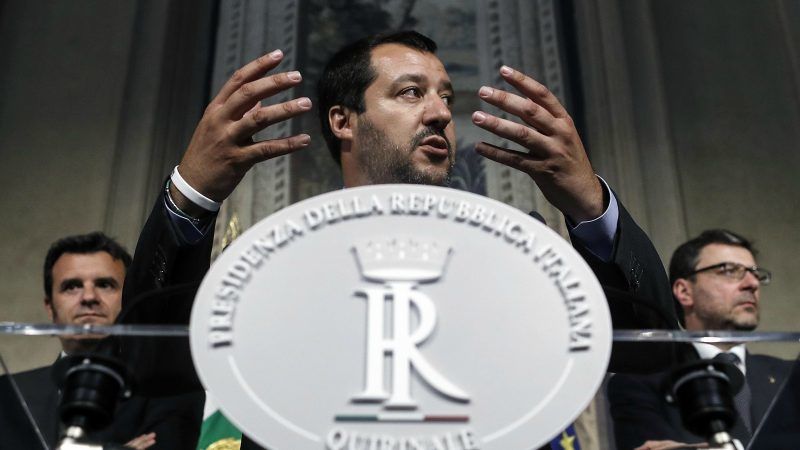 The 39-page document, obtained by Huffington Post Italia, also calls for a renegotiation of Italy’s European Union budget contributions, an end to sanctions against Russia and plans to dismantle a 2011 pension reform that raised the retirement age.

The proposal likely to cause most alarm to financial markets is the creation in the EU of “economic and judicial procedures that allow member states to leave monetary union”.

At present, EU treaties don’t provide a procedure for a member state to leave the euro, without leaving the Union as well. 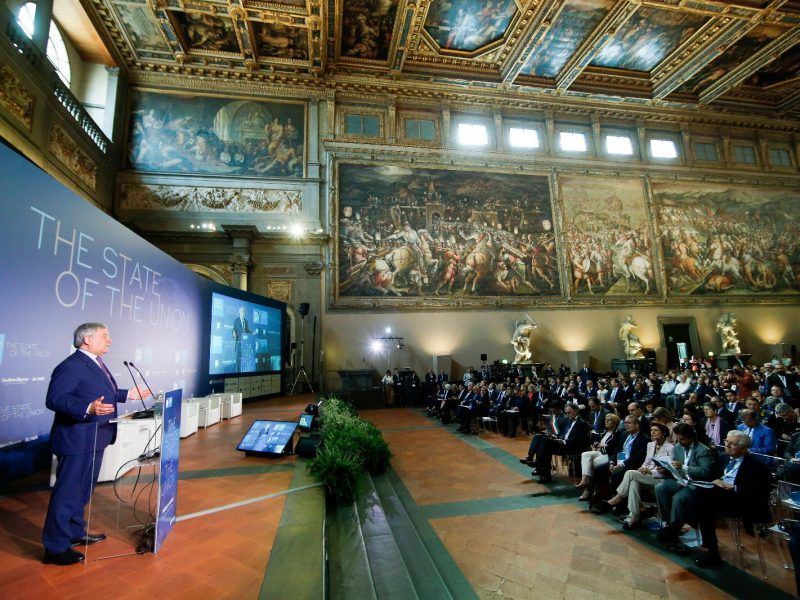 5-Star and the League said in a statement that the draft, which was dated 14 May, was “an old version that has been considerably modified”. In particular, it had been decided “not to call into question the single currency,” they said.

The two parties have held six days of talks aimed at putting together a coalition government and ending 10 weeks of political stalemate following an inconclusive election on 4 March.

5-Star leader Luigi Di Maio said on Tuesday he hoped a deal could be reached on Wednesday (16 May) that would subsequently be put to supporters of both parties to see if they backed the pact.

The draft accord is likely to cause concern in Brussels and at ECB headquarters in Frankfurt. It might also dismay Italian President Sergio Mattarella, who has repeatedly stressed the importance of maintaining a strong, pro-European stance.

To help reduce Italy’s public debt, which at more than 130% of national output is the highest in the euro zone after Greece’s, the joint document calls for the ECB to forgive €250 billion of Italian benchmark BTP bonds bought under the bank’s so-called “quantitative easing” programme.

This would cut 10 percentage points off Italy’s debt/GDP ratio. While the two parties specified they had removed the section on possibly opting out of the euro, they made no mention about the suggestion the ECB should write off this debt.

Both parties have a history of Euroscepticism. 5-Star has moderated its position considerably in the last year, rowing back on a previous plan to hold a referendum on Italy’s membership of the currency bloc. However the League still wants to leave the euro zone as soon as is politically feasible.

The leader of Italy’s anti-establishment 5-Star Movement took his campaign for a referendum on the euro to Brussels on Wednesday, holding out the prospect of cooperating with other anti-euro parties.

Hours after the document leak, 5-Star and the League issued a further joint statement saying they wanted to “reconsider” the euro zone’s fiscal rules with Italy’s partners “in the spirit of returning to the pre-Maastricht set-up” — a reference to the treaty which laid the groundwork for monetary union.

The new draft of the 5Stars-Lega contract: the EU should go back to pre-Maastricht.

Which means before the euro. pic.twitter.com/1IYYVzrxd0

Turning to other issues that have snarled Rome’s relations with Europe, the draft calls for asylum seekers who arrive in Italy to be relocated automatically across the European Union.

They also demand an immediate end to sanctions on Russia in order for Moscow to become a “strategic partner” in regional hotspots, such as Syria and Libya. 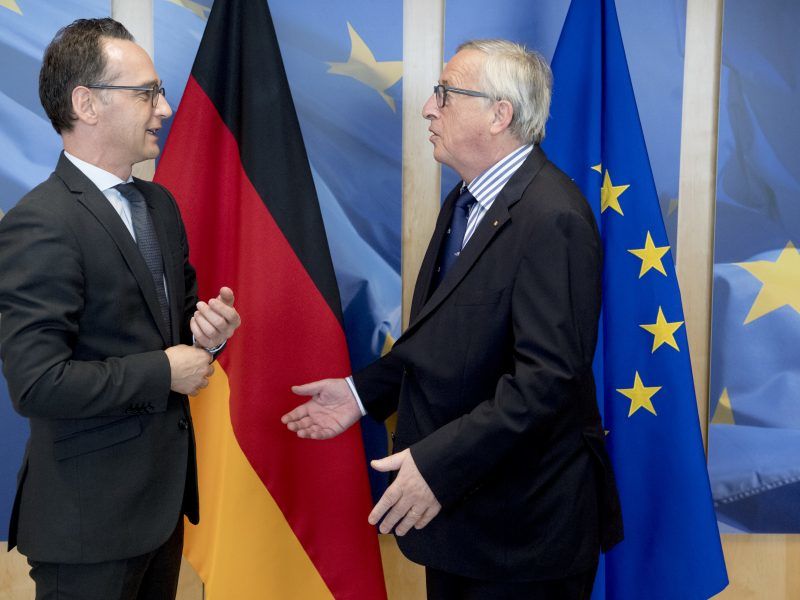 European Commission President Jean-Claude Juncker and German Foreign Minister Heiko Maas agreed on Friday to use the already available options to circumvent the required EU member states’ unanimity when it comes to addressing foreign challenges including the Syrian war.