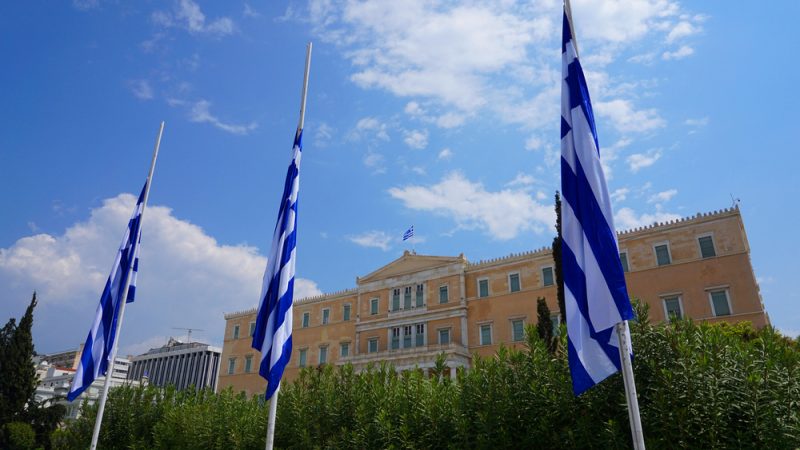 Commission’s Chief spokesman Eric Mamer said, “we won’t stoop so low as to comment on such a ludicrous and completely unfounded story.” [Shutterstock/Aerial-motion]

Greece’s political elites were in turmoil on Thursday (3 February) after EURACTIV Greece reported that some circles in the European Commission are hoping for a technocrat government in the country, unleashing a political tsunami at a time when discussions of a possible snap election are heating up.

The European Commission denied the EURACTIV Greece report, which spoke of a preference for a Mario Draghi-style technocrat government for the country in case of political instability, in order to effectively implement the recovery fund. But the report became the main talking point among all political parties in Greece.

EURACTIV Greece quoted EU Commission circles as saying that the existing staff of the Greek political system “is not able to carry out the deep reforms required in order for the country to change page”.

The main argument of these circles, EURACTIV Greece reported, is the huge amount of money that will flow into the Greek economy by 2026 from the Recovery Fund, and they fear that the current government is “a victim of strong pressure and commitments to an enclosed group of Greek businessmen.”

“This is a vicious circle that does not allow the economy to open to European and foreign investment,” EURACTIV Greece quoted one reliable source as saying.

In a surprisingly strong comment for the European Commission’s standards, its chief spokesman Eric Mamer said: “We won’t stoop so low as to comment on such a ludicrous and completely unfounded story.”

In July 2021, EURACTIV.com reported that several EU member states had asked the Greek government for clarifications regarding the selection of the companies that will benefit from the post-pandemic recovery plan’s cheap loans.

“The Greek recovery plan is the only plan that will be slightly changed ahead of Tuesday,” an EU source told EURACTIV in July, speaking on condition of anonymity.

The source said the concern is that the Greek state would prioritise “safe” investments – which would receive money from the banks anyway – instead of more risky investments in sectors and SMEs that had been dealt a severe blow during the pandemic.

Greece is expected to get the first tranche of the Recovery Fund in mid-March but the negotiations to get to it have not been easy.

According to EURACTIV Greece, significant delays in reforms were reported and questions were already raised regarding the second tranche due in the summer if snap elections are announced and no government can be quickly formed.

Several Greek media reported on Thursday that the scenario of being unable to form a government is not unlikely, according to the current opinion polls, and that following EURACTIV’s publication, the political parties in the country were on alert.