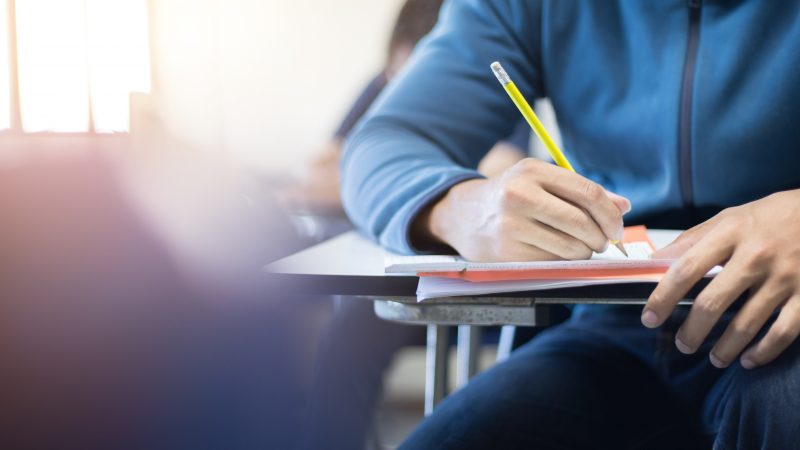 Auditors say it is time to adapt the EU selection process to changing recruitment needs. [Shutterstock/panitanphoto]

The EU’s selection process is not suitable for small-scale specialist recruitment, while its generalist competitions disproportionately attract those in the Brussels and Luxembourg bubble, hampering diversity and keeping out young graduates, the EU auditors has said in a new report.

However, over time the number of translators and generalists sought by the main EU institutions declined, and they no longer make up the majority of new staff members sought.

With a budget that has remained relatively stable at around €27 million EPSO has been running its competitions in their current form since 2012, but the EU institutions’ dissatisfaction with the process prompted its management board to launch a reflection group in 2019.

After passing through a series of stages of the competition that often include computer-based psychometric tests and in-person assessments by a selection board, the most successful candidates are entered into a pool called reserve lists from which institutions can pick their favourites.

While EPSO has sought to spruce up the attractiveness of the EU as a graduate employer in member states, especially in those countries whose nationals are underrepresented in competitions, like Netherlands, France, or Germany, so far with little success.

“The impact of these actions on the geographical balance of applicants to competitions is not yet visible,” the report reads.

Job-fairs also seem to missing their mark. On average, 69% of these events take place in Brussels, where there is already a higher awareness of the employment possibilities offered by the EU.

Meanwhile, junior positions are being filled by vastly overqualified people. The proportion of candidates for the most junior grade that requires no professional experience under the age of 35 is decreasing. In one country, half of applicants were older than 35.

The competitions are also hyper-competitive, with only 2% passing the first test stage, and while they lead to hires that perform well with 88% of managers satisfied with the quality of the EPSO laureates they had recruited, they do not perform better than staff hired through other channels, like those on temporary contracts.

Because of a large number of candidates these low grade generalist competitions are cost effective. In 2015, for instance, 21,000 people applied for 159 position, resulting in an average cost for each successful candidate that entered the reserve list of about €25,000. Yet, these competitions run somewhat longer (13 months) than similar procedures run by other international organisations  (10-12 months).

Nevertheless, while auditors were generally satisfied by the recruitment process for young graduates, they said that the candidate-hunting process for specialists is unsuitable for the needs of the institutions.

Frequent staff cuts and needs for new, digital skills result in a rapidly changing environment and a drawn out planning process that starts a year before the actual competition takes place is unfit to meet these challenges, according to the auditors.

76% of EU managers prefer to choose candidates from specialist rather than generalist pools but more than half (57%) think that these lists are exhausted too quickly.

The current process “gives too much priority to large-scale generalist competitions at a time when the institutions are requesting smaller competitions,” the auditors said.

Moreover, the auditors criticised EPSO for failing to adequately publicise its specialist competitions, despite the growing need for them as well as eliminating candidates with good profiles and relevant experience too early in the process.

These problems lead to fewer candidates and higher costs per successful applicant, making EPSO’s procedures less suitable to fill urgent recruitment needs for specialists than an institution’s own, lighter procedures.

Auditors recommended the introduction of mechanisms to measure the institutions’ satisfaction and reduce the duration of competitions to 10 months.