Bank’s policy may lead to inequality, says ECB board member 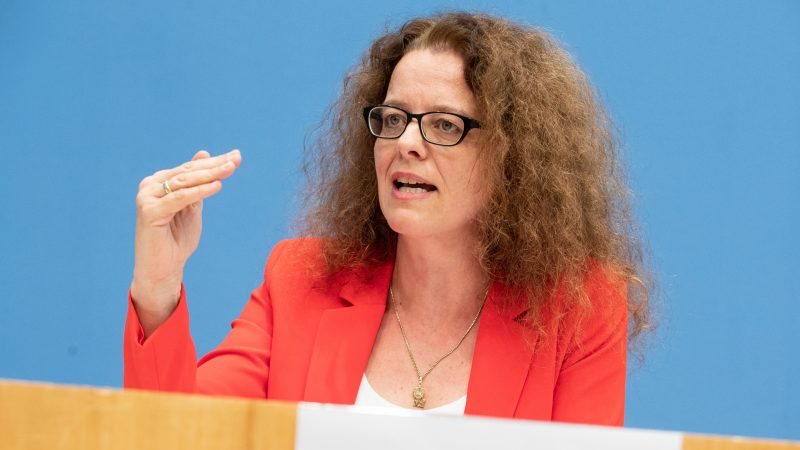 In a shift away from European Central Bank orthodoxy, a senior bank executive  has argued that even though the ECB’s monetary policy led to a decrease in labour income inequality, its asset purchase programmes would lead to wealth inequality.

Isabel Schnabel is the German member of the Executive Board of the European Central Bank (ECB). In a speech at a conference organised by the US Federal Reserve, she re-examined the effect of the ECB’s policies on inequality.

The ECB’s policy has been criticised for its unequal impacts from different sides.

Critics of the low interest rates lament that savers cannot get decent returns on their savings anymore, while critics of the asset purchase programmes think that ECB policy inflates asset prices, disproportionately benefitting the rich who tend to hold more of their wealth in financial assets.

In her speech, Schnabel maintained that the low interest rates helped people in low-wage jobs because it stimulated economic growth and because, for most people, wages were more important than the interest rates on bank deposits.

“On net, a decline in interest rates is found to reduce income inequality, as households with lower incomes tend to have, on average, a higher risk of losing employment during a recession than workers further up the income ladder, so that the positive effect of an expansionary monetary policy, through its effect on GDP growth, mainly benefits the lowest income group,” Schnabel explained.

However, in the era of low interest rates, central banks have had to resort to other monetary policy tools, for example, large-scale asset purchases, also known as quantitative easing. Since 2014, the ECB has bought sovereign and corporate bonds worth more than €4.5 trillion, or nearly 40% of euro area GDP in 2019, according to Schnabel.

But asset purchases benefit the wealthy

These purchases have led to a rise in asset prices and these assets are disproportionately held by wealthy people.

Nevertheless, she argued that the most important drivers of inequality were not related to monetary policy but to technological change, leaving less-skilled workers at a disadvantage, but also in the erosion of workers’ bargaining power.

“Globalisation, which exposed economies to stronger price competition, and a marked decline in the relative price of capital goods have made it cheaper and easier for firms to reallocate labour across countries, or to replace labour with capital by automating routine, low-skilled jobs”, Schnabel said.

Clément Fontan, a professor of political economy at UC Louvain, called Schnabel’s speech “invigorating”, saying it was a break from past arguments.

“Until recently, the ECB excessively claimed that quantitative easing would decrease inequality. And when it analysed the reasons for inequality, the ECB only talked about technological change and skills. Now, Schnabel says it’s more than that, namely the lack of worker power and the rise of financialisation”, Fontan told EURACTIV.

However, Fontan argued that Schnabel’s analysis failed to take into account the institutional role of the ECB.

“The very existence of an independent central bank with a primary focus on price stability reinforces inequality,” he said, arguing that the price stability target benefitted capital holders and put pressure on wages.

How to tackle inequality

In her speech, Schnabel argued that it is up to governments to react to the rise in inequality. A premature halt to the central bank’s asset purchases might cause a recession that would not benefit low-wage workers.

“Yes, governments do not spend enough. However, until 2015, the ECB was one of the greatest enforcers of austerity,” he told EURACTIV.