Switzerland's coalition cabinet "wishes to build on the bilateral approach with the European Union". [Shutterstock]

Talks on forging a comprehensive new treaty that would replace a patchwork of more than 100 bilateral accords easing Swiss access to the single market have been going on for three years, with a breakthrough still elusive.

Switzerland’s coalition cabinet “wishes to build on the bilateral approach with the European Union”, it said, noting this had regularly won popular support in referendums and had helped make the EU the main Swiss trading partner.

But it added that differences remain on the institutional rules for agreements on market access, especially in regard to the dispute settlement procedure, state aid and some aspects concerning the free movement of people.

It linked progress in the talks to the prospects of Switzerland voluntarily continuing its so-called “cohesion payments” to the EU budget that in the past have helped fund development projects in eastern European EU members.

“The question of this autonomous contribution to cohesion will be examined in due course as part of an appraisal of all EU dossiers,” it said.

Switzerland’s drive to clinch a treaty putting its EU ties on firmer footing has run aground as mainstream conservative parties get cold feet ahead of Britain’s divorce talks with the EU, Reuters reported this week.

A European Commission spokeswoman said: “We are making good progress since the meeting between President Juncker and President Leuthard in April and are confident that if efforts continue from both sides in that sense, the agreed timetable can be met.”

A new treaty could clear the way for closer ties in fields including financial services and power markets, but fear that any deal might anger Swiss voters who get a final vote under the country’s system of direct democracy has put the project on hold.

Brexit to plot the course?

Christian Democrats (CVP) leader Gerhard Pfister said earlier in the week that: “We will wait and see how the Brexit negotiations go and then perhaps adopt a position similar to the UK.”

Those remarks reflect many Swiss conservatives’ thinking that the freedom of movement principle so dear to the EU – it allows the bloc’s workers access to Swiss jobs, and nearly prompted a crisis last year over Switzerland’s plans for immigration curbs – is bound to change over time.

This may help Switzerland, which faces unease over immigration in a country whose population is already a quarter foreign but is keen to preserve its EU market access.

One EU diplomat dismissed this as “wishful thinking”, saying failure to lock in ties with the bloc now could come back to haunt the Swiss. 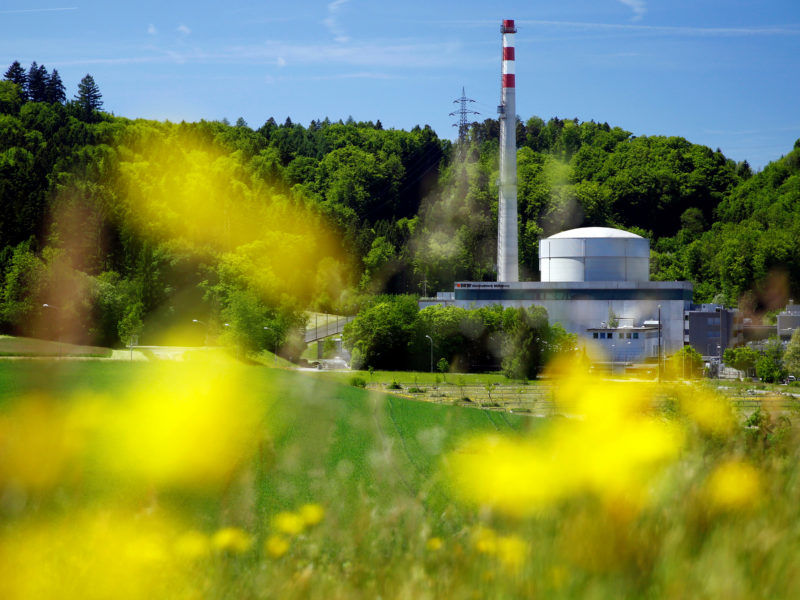 Swiss voters backed the government’s plan to provide billions of dollars in subsidies for renewable energy, ban new nuclear plants and help bail out struggling utilities in a binding referendum yesterday (21 May).

“People in Brussels don’t like cherry-pickers. If things start to pick up in EU then cherry-pickers will not be very popular,” he warned.

Swiss politics are driving the shifting mood. Other referendums looming on European issues such as limiting free movement should be settled before holding a vote on a treaty, Pfister said.

“If you do it before (Swiss) elections in 2019 the risk is great that you would lose, and that would hand the SVP a triumph that we wouldn’t want to have,” he said.

One response to “Bern demands progress in Swiss-EU talks”