Danube Bridge or Friendship Bridge over the Danube River connecting Bulgarian and Romanian banks between Ruse and Giurgiu cities. [Shutterstock]

When it comes to European structural funds, one of the main concerns is the capacity of the member states to attract them. Cooperation between public authorities has proven to be a driving factor.

On the European map, the situation differs from country to country. While Romania is considered to be a net receiver in terms of Cohesion funding, the country has one of the lowest absorption rates in the EU (90, 44%), with only Croatia doing worse.

Still, when it comes to cross-border cooperation with Bulgaria, that figure overcomes 94% (almost equal to the EU28 average), according to the European Commission.

Indeed, since 2007, when both countries joined the Union, cross-border cooperation has played a vital role in the countries’ financial and social growth.

Supported by the European Regional Development Fund, European cross-border cooperation provides regions and stakeholders in Romania and Bulgaria with the possibility to boost the growth potential in their respective border areas through shared management and a common strategy.

Public authorities in the region say that the fine performance is the fruit of the strong cooperation established between bodies on both sides of the border, in the framework of the INTERREG programme, whose management they share.

Explaining the actual success behind one of these cross-border cooperations, the so-called ‘INCOLAB – Innovative and collaborative management of Natura 2000 sites in the Danube border region’, project manager Delia Fodor told EURACTIV that the key was common belief between both partners.

“The amount of work was extraordinary, everybody working in the project was involved in so many other activities, but this was something we all believed in,” Fodor said.

An actual example of an organisation that helps Romanians and Bulgarians overcome the obstacles and improve their use of EU funding is the Cross-Border Cooperation Regional Office Călărași for Romania-Bulgaria Border [see ‘Further reading’ below].

Established in 2005, it aims to promote cooperation between public authorities on both sides of the Danube River and strengthen the relationship of both communities, by designing and implementing shared cross-border strategies which help the communities unlock their potential growth through cultural and economic collaboration.

The intensive cooperation has enhanced business and social renaissance in Bulgaria and Romania, as well as trade, brokerage events, fairs, exhibitions, promotion of labour mobility and capitalisation of the potential cultural tourism in the Romanian-Bulgarian border region.

“Bulgarians and Romanians are still learning to work together and to speak in a ‘common’ language,” Strahil Karapchanski, deputy mayor for European development of Ruse municipality, admitted to EURACTIV.

“However, the experience has so far demonstrated in a very categorical way to both sides that cross-border co-operation brings together success stories and brings long-term benefits to the local communities,” he underlined. 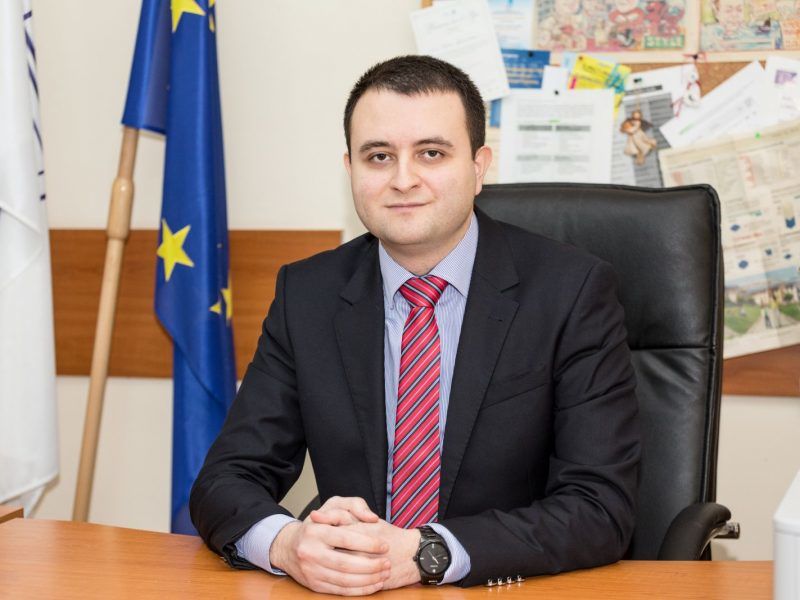 Shadows in the waters

Making the best of EU funding still remains a headache for businesses, managing authorities and project beneficiaries in Romania and Bulgaria. Red tape, delays in the adoption of legislative frameworks and constant regulation changes build ‘walls’ instead of ‘bridges’ between the two countries.

“Although recently modified, the regulations governing the programme are still too large, too detailed and sometimes lead to overwhelming bureaucracy for the implementation team, which sometimes exceeds the effort of the implementation,” Ion Dănuț Jugănaru, director of the Constanța Chamber of Commerce, told EURACTIV.

“However, compared to the way other programs are implemented in Romania, we believe that INTERREG Romania-Bulgaria programs are more approachable, including the bureaucracy, based on a constructive cooperation with programme management authorities”, Jugănaru underlined.

For the 2014-2020 period, Romania has been allocated €30.84 billion from ESI Funds, together with a national contribution of €5.63 billion. The country has focused on investments to boost jobs and growth, innovation, infrastructure, environment and social inclusion.

For the business representative, though, in the current programming period, the results will not be as good because no measures have been specifically dedicated to boosting business and economic cooperation.

The preparation of the Municipal Development Plans coincides with the 7-year EU budget, which makes easier for authorities to draft projects that might be funded by the EU.

In the following months, negotiations will begin over the next long-term EU budget and EU Cohesion Policy is a candidate for funding cuts because of the United Kingdom leaving the EU.

From now on, the goal is to ensure that Cohesion policy beyond 2020 will maintain its regional perspective, in terms of investment priorities and action pillars. Regions and cities in Romania and Bulgaria are asking for more transparency and flexibility in the process.

“The effect of the invested funds on people’s lives cannot currently be matched by alternative sources of funding,” Strahil Karapchanski warned.

Countries like Bulgaria or Romania, which strongly benefit from them, but also net donors, the Ruse mayor stressed, should “maintain the weight of Cohesion Policy and regional cooperation in the overall mix of EU policies, ensuring transparency and accountability, efficiency and a clear definition of priorities, based on bottom-up approach.”

Cross-border cooperation projects “generate high European added value and therefore it is important to ensure continuity beyond 2020,” said Călin Chira, in charge of Cohesion Policy at the Permanent Representation of Romania for the EU.

The Cross Border Cooperation Regional Office Călărași for Romania-Bulgaria Border is a non-governmental, non-profit organization, with legal personality, acting in the cooperation and regional development field.

The Office's vision is to become a European institution capable of gathering the potential, and competently managing the resources available to sustain and develop the border area between Romania and Bulgaria on the basis of the partnership between the Romanian and Bulgarian communities.