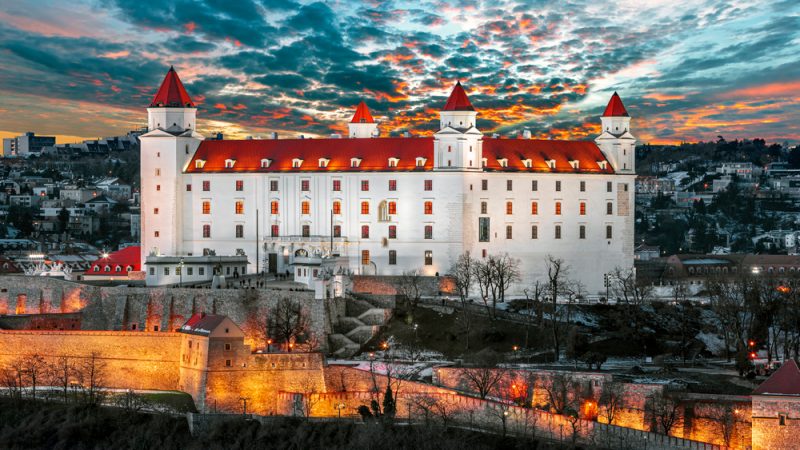 Following massive losses in tourism due to the COVID-19 pandemic, Slovak capital Bratislava’s local authorities are now preparing the “2030 city plan” to re-attract personnel who left and help the sector stand on its own feet again in a new reality.

Bratislava experienced an 80% drop in tourism in the last two years compared to the years before the pandemic. Last summer, the tourism industry was ready for at least partial revival, but it did not happen.

The total number of tourists visiting the city during this period is not yet known, as information for the fourth quarter is unavailable. Grežo believes the total number for 2021 will be significantly lower than 2020.

Vallo agrees that a drop in the number of tourists is a problem, especially for hotel owners and enterprises living off tourism.

The mayor, however, noted that tourism is not the primary source of income for Bratislava, and the city also does not experience problems with empty apartments, which are usually used as short-term accommodation for tourists. This is very apparent in Prague or other western tourist destinations.

The number of tourists in Bratislava had an upward trend for a long time before the pandemic. Every year, more tourists were pouring into the Slovak capital, and the number of nights spent was also increasing.

According to Grežo, the pandemic forced Bratislava to refocus on domestic visitors, although the Slovak market is relatively small.

In 2021, domestic tourists overpassed foreign travellers for the first time in years. This trend should also continue next year, according to the Tourism Economics Oxford Company, which analysed the emerging trends in the tourism sector.

The report says the world will only expect a return to pre-COVID numbers in 2025 at the earliest. Domestic travel should have recovered faster, however, as some experts point out, the situation may now be different.

President of the Association of Hotels and Restaurants Marek Harbuľák points out that many households may reassess their leisure expenditures in the face of high inflation.

“Slovak customers, in particular, are currently reassessing their holiday and leisure spending, which may result in shorter holidays and fewer overnight stays,” Harbuľák said.

Grežo explained that BTB tailored the marketing campaign and PR activities in 2021 primarily for domestic tourists.

However, the tourism sector in Bratislava relies on foreign tourists, as 70% of visitors before the pandemic came from outside the country.

Abroad, BTB presents Bratislava as a modern and green European metropolis. Last year, Bratislava invited tens of foreign influencers from the United States, Canada, Dubai, Russia and Australia into the city. After the programme in the capital, they continued travelling elsewhere in Slovakia.

“This cooperation has been very fruitful. We were able to promote Slovakia to many people around the world in one week. I believe this is the way forward even in the future,” said the spokesman of BTB, Július Buday.

Grežo believes that to revive the interest of foreign tourists, the vaccination rate in the city needs to get higher.

The Tourism Economics Oxford Company study suggests that places with low vaccination rates can become so-called grey areas that tourists will avoid. This may not be as much case for Bratislava as for the rest of Slovakia. Bratislava currently has over 70%  of the population vaccinated with two doses. Slovakia, as a whole, has only 50.8%.

A long-term tourism strategy will be formulated in the Bratislava 2030 plan, which aims to state a clear vision of where the city wants to be in 2030 in various areas.

The plan should be finalised in the first half of 2022, but the general framework is already known. In the tourism sector, the ultimate goal is to reach the average of three nights spent in the city.

With this aim in mind, BTB prepared a new campaign communicating Bratislava as a 72-hour city.

Bratislava wants to become an open, tolerant, vibrant and energetic city. The number of infrastructural projects should help Bratislava pull more tourists into the city – such as the recently proposed “rest plateau” over a busy Židovská street, which is now dividing the city centre into half or the revival of the Danube shoreline.

City hall assumes that in 2030, the number of visitors will reach 1.8 to 2 million. This will be close to the limit Bratislava can receive; therefore, the city will have to choose what kind of tourists it wants.

These are specialists, talented people, people who understand Central Europe, people looking for an alternative to big cities and demanding tourists, who pressure businesses to improve their services.

Many question marks are hanging above the tourism sector in Slovakia as a number of businesses pointed out that financial aid from the state is slow and poorly targeted. However, recently some organisations admitted that help from the help them survive the pandemic.

However, some of the losses the sector took cannot be recovered.

This includes the employees who left due to the long-term uncertainty caused by the pandemic. According to Profesia.sk, almost 8,000 people have simply left the sector since 2020.

“We continue to struggle with an acute shortage of workers, as evidenced by the more than ten thousand vacancies. The question remains not only how to restore the confidence of former employees to work in these sectors, but also where and how to effectively find qualified workers and new talent,” Harbuľák added.