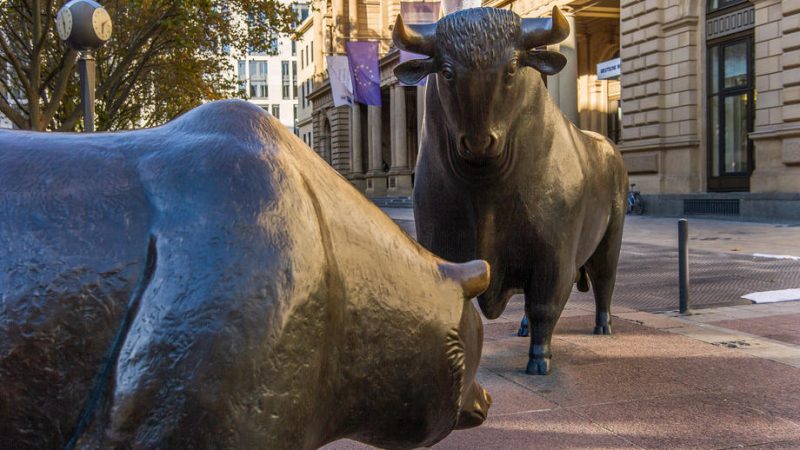 While market players hope that years of preparations since Britain voted to leave the European Union means the transition of most euro-denominated assets like shares and derivatives out of the country will be relatively smooth, the long-term impact is unclear.

“This is a big bang event and that is one of the things that the market hasn’t truly understood yet,” Alasdair Haynes, chief executive of London-based share trading platform Aquis Exchange, told Reuters.

“This is literally everything moves on a specific day and we have got to pray to God that we don’t have some extraordinary event happen in the market that creates high volumes,” Haynes said.

While the landmark trade deal agreed last week set rules for industries such as fishing and agriculture, it did not cover Britain’s much larger finance sector, meaning automatic access to the EU’s financial markets comes to an end on 31 December.

The following days will provide a first taste of the effects of the shift and regulators on both sides of the English Channel will be on alert for market dislocations on 4 January, the first trading day of the new year.

The EU wants to reduce reliance on the City of London for financial services and see more euro-based trading in Frankfurt, Paris, Amsterdam and other financial centres in the bloc.

That will split Europe’s stock, bond and derivatives markets into two separate trading pools, raising concerns that investors will get less competitive prices.

EU banks must trade euro-denominated shares inside the bloc from 4 January, forcing them to switch from platforms run by the likes of Cboe Europe, Aquis Exchange, London Stock Exchange’s Turquoise and Goldman Sachs in London, to EU hubs they have opened in Amsterdam or Paris.

Most shares are still traded on their home exchange, but between them London platforms account for nearly all cross-border trading in shares in the remaining 27 EU states.

That amounted to €8.6 billion ($10.4 billion) a day collectively in October, or a quarter of all European trading, Cboe data shows.

The last time there was such a rapid shift in volumes was in 1998 when trading in 10-year German Bund futures by dealers in stripy jackets on the LIFFE exchange floor in London was lured by cheaper electronic screens to Frankfurt.

For Aquis, more than half of its business will in future be in the EU rather than all in London, while Cboe is hopeful that clearing in share trades could move from rivals in London to its own clearing house in Amsterdam over time.

Goldman Sachs expects half the daily trading in shares on its Sigma-X Europe trading platform to shift over time to its new Paris hub from London.

Cboe held a simulation exercise on 5 December and Howson said this revealed its customers expect to shift all their trading in European shares to EU venues.

Another of London’s top money spinners is its trade in trillions of euros in derivatives. This anomaly, which dates back to 1999 when Britain opted out of the euro’s launch, has seen a dominant share of trading in euro-denominated swaps take place in the capital.

The Bank of England has warned that trade in interest rate swaps worth around $200 billion could be disrupted, because banks operating in Britain and the EU must trade inside their own jurisdiction, or on approved platforms in New York.

It may force Britain at the last minute to ease its restrictions on swaps trading to minimise disruption.

Erik-Jan van Dijk, Achmea Investment Management’s head of treasury and derivatives, said regulators have already taken steps to mitigate some of the risks by allowing EU banks to continue clearing their derivatives in London temporarily.

But trading will have to move, and some counterparties with existing swaps contracts in Britain were reluctant to shift them before they absolutely had to.

“We may leave some existing positions in the UK and we might choose not to do business with those UK counterparties in future,” van Dijk said.

Bank of England Governor Andrew Bailey has said he will have all its “armoury” at hand, although so far regulators say they do not expect any threats to financial stability.

“You can’t rule out that there will be some particular disruption given the scale of change, but overall we are satisfied there has been good proactive management of the risks across the system,” Nikhil Rathi, CEO of Britain’s Financial Conduct Authority, told Reuters.

The first day of trading in January may even be a quiet one as volumes could suffer if some market participants sit on the sidelines to see how the dust settles, Cboe and Aquis said.

In the longer term, the focus will be on just how much the volumes build up inside the EU and fall further in Britain.

“It’s not the start of the end of London, but it’s pretty bloody embarrassing and a huge own goal for Britain,” said Aquis’ Haynes.