Brexit protesters demonstrate by the Houses of parliament in London on 17 January 2019. [EPA-EFE/NEIL HALL]

If the United Kingdom crashes out of the EU without a deal, the country could lose up to 9.3% of its GDP. However, the economic consequences for the remaining EU member states could be hefty too, whatever the outcome.

Given the economic, social and political ties between the UK and the EU, Brexit will be painful for the whole of Europe, but some areas of the EU might see particularly significant trade disruptions, higher tariffs, or disturbance in their supply chains.

According to a recent study commissioned by the Committee of the Regions (CoR), an EU consultative body, Germany, France, Belgium and the Netherlands would be the most affected member states, together, of course, with Ireland.

The Republic of Ireland is likely to be the main collateral victim of Brexit, 14% of Irish exports go to Britain, which means the economic impact of Brexit could be as bad for Ireland as for the UK.

But for Dublin, there are additional social and political consequences, because peace in Northern Ireland is also at stake.

In France, the regions of Hauts-de-France and Brittany are the main European gateways to the UK, both through the Channel tunnel and maritime connections. They are the two regions with the strongest socio-economic ties to Britain.

The impact of Brexit in these regions touches upon several sectors as the UK is one of the main foreign investors for companies in the area and an important client for goods and services providers.

François Decoster is vice-president of the Nord-Pas-de-Calais-Picardie Regional Council and Chairman of the Committee of the Region’s Brexit Interregional Group.

“In the regions closer to the UK, we are particularly worried about the uncertainty that might arise from 29 March,” he told EURACTIV.

Decanter also complained about the “schizophrenic” situation in which regions are now finding themselves. Indeed, regions need to prepare for a no-deal scenario while keeping an eye on a possible decision by the House of Commons allowing for an orderly withdrawal of the UK from the EU.

According to him, the two-year negotiation period laid down in Article 50 of the EU treaty has proven to be too short, although it seemed a lot when it was triggered two years ago.

The French economy will be also affected in sectors like agri-food, plastics – Auvergne is home to tyre manufacturer Michelin –, and the transport vehicles industry.

However, France also has the potential to attract companies that might leave the UK due to Brexit.

Another gateway to Europe is situated in Flanders, Belgium, which has close maritime and commercial links to the UK.

A big part of Belgium’s GDP comes from exports and trade of goods transiting through Flemish ports. And a lot of those exports are going to the UK. But it also works the other way around: 78% of all British exports to Europe arrive at the port of Zeebrugge in Belgium.

With Brexit, Belgian ports will become an external border of the EU and commercial ties on both sides of the Channel would be endangered, as border controls and tariffs are expected. Brexit could also affect cooperation in fighting illegal migration.

Belgium will not only be hit in Flanders. Wavre, the capital of Wallonia’s Brabant region near Brussels, hosts the headquarters of Glaxo Smith Kline, a major British pharmaceutical company. Its future could be called into question after Brexit.

In Germany, the state of Hessen will be the hardest hit. The UK is Hessen’s third market, accounting for 7.5% of all its exports, but also one of its main import gateways.

A disruption in trade relations with the UK could have a major impact for one of the richest regions of the EU, particularly in sectors like the automotive industry, chemical and pharmaceuticals, electrotechnical products and machinery. Not to mention the strong financial exchange between The City and Frankfurt, Germany’s financial heart. However, Frankfurt could also benefit from Brexit and become more attractive than London as a financial services provider and international hub for multinational companies.

Also in Germany, the city of Stuttgart is home to global players such as Daimler, Porsche, Bosch, IBM and Hewlett-Packard and small and medium-sized enterprises that are highly export-oriented. Niederbayern hosts BMW’s largest production facility and the single biggest chemical plant in the world is located in Rheinhessen-Pfalz.

Possible disruption of trade relations with the UK would be a burden on these companies.

Lower Saxony also has strong economic ties with the UK and a number of British citizens live there. The government has asked them to apply for citizenship and requests have tripled in the past few months, according to Birgit Honé, the state’s Minister for Federal and European Affairs.

Although Brexit will affect a wide range of sectors in Lower Saxony, fisheries are one of Honé’s main concerns. “The areas in which fishermen from Lower Saxony can fish are in the UK border and those will not be accessible anymore in case of a hard Brexit, so their job is really at stake,” she said.

“A no-deal Brexit would be a catastrophe,” she told EURACTIV.

In Ireland, machinery, electronics, pharmaceutical and especially the agri-food sectors are the economic areas likely to be hit hardest by Brexit.

“Brexit is already having a significant economic impact,” said Michael Murphy, a councillor from Tipperary and the leader of the Irish delegation in the Committee of the Regions. The volatility of the Pound already has an impact on companies exporting to the UK, he told EURACTIV.

According to the CoR’s study, while Irish trade, in general, is less reliant on the UK than in the past, in some sectors the dependence has increased over time.

“But despite all of the concerns about the economic challenges,” Murphy said, “the greatest challenge of all is ensuring peace in the island of Ireland.”

Representatives on both sides of the border have voiced concern over the possible impact of Brexit for the peace process.

“We do not want to go back to the dark days of the past,” Murphy stressed. The EU has defended the backstop to preserve the integrity of the Single Market and avoid a hard border in Ireland, in spite of continued attempt from London to get rid of it.

“Europe won’t let Ireland down, I am confident of that,” Murphy insisted. 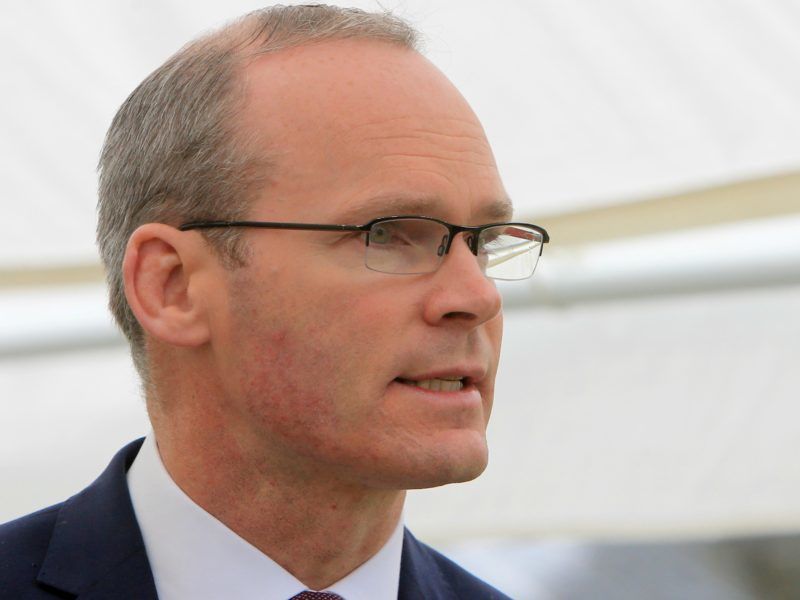 Ireland unveiled its contingency plans for a ‘no deal’ Brexit on Friday, publishing an omnibus bill of fifteen pieces of legislation across nine government departments covering citizen’s rights, tax and migration, and the education, healthcare and transport sectors.

No winners in Brexit

From tourism in Spain and the thousands of jobs at stake in Gibraltar, the over a million Polish citizens in the UK, investments in Malta, the agri-food sector in Greece, fashion in Italy, electronics in the Czech Republic, regions and countries all around Europe will suffer to some extent from the consequences of the UK’s departure from the EU.

The results of the study by the Committee of the Regions revealed that “most regions would likely lose their current position in some sectors in terms of trade, direct investments or migration opportunities for workers, students or researchers” due to Brexit.

In other words, there will be no clear “winners”, it said.

However, for stronger regions, Brexit might be an opportunity to attract businesses leaving the UK to regain access to the EU Single Market. While for regions with less dynamic and less diversified economies, Brexit can present a much bigger challenge.

The problem is that even in case of an orderly withdrawal, it is still unclear what kind of relationship the EU and the UK will have in the future. The answer to that question will determine how hard Brexit will hit European regions and cities.

Because Brexit will not impact all areas in the same way, the European Committee of the Regions has demanded the European Commission include instruments in the EU’s next long-term budget to address this particular issue.

“We must take into consideration the situation of regions close to the UK are going to face also in the negotiation for the future Cohesion Policy,” François Decoster said.

Another possibility is to increase funds for member states that will suddenly become the external border of the EU, as was the case for countries whose border became an internal EU border after the bloc’s enlargement to new member states.

“In any hypothesis, measures will need to be taken,” CoR President Karl-Heinz Lambertz told EURACTIV.

“When Brexit comes, the EU should prove its added value,” Lambertz said. 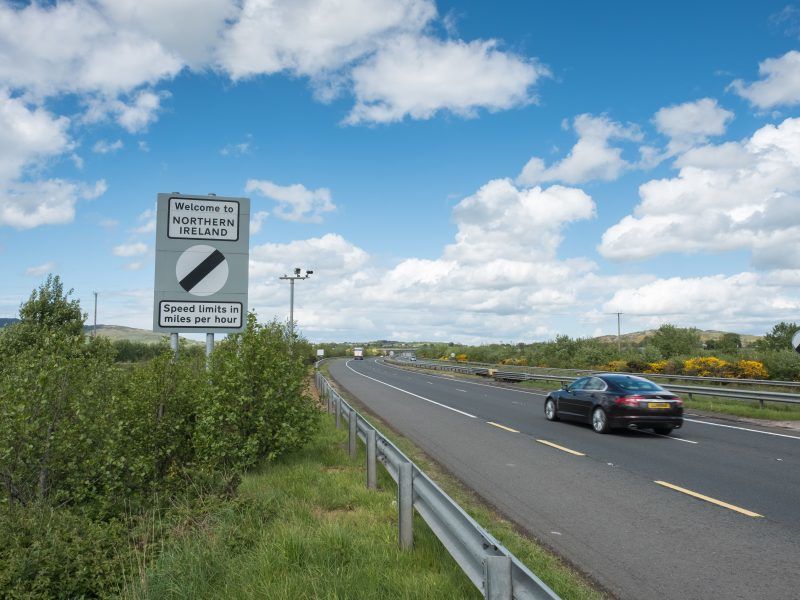