CPMR: Cohesion policy is an EU pillar and it cannot be replaced in the future. [CPMR]

EU cohesion policy will “suffer heavily” during Brexit given the anticipated halting of payments for certain projects until 2020, the Conference of Peripheral Maritime Regions (CPMR) warned. EURACTIV Greece reports.

Speaking with journalists in Brussels, CPMR’s secretary general, Eleni Marianou, focused on the impact of Brexit, stressing that there are two bills to be paid, one now and one post-2020.

“The first bill is the one the UK needs to pay before leaving the EU, which is €60 billion, and I don’t know if Theresa May is going to pay that”, she argued. She added that the “Cohesion Policy will suffer heavily during this period because at some point there will be a cessation of payment for certain projects until 2020”.

As for the protection of smaller or less developed regions from the consequences of Brexit, Marianou stated that at this point “this cannot be predicted”.

Regarding the post-2020 “bill”, she noted, “if we use the same statistical data we have now for cohesion policy, if it [cohesion policy] continues to be the same, there won’t be a big difference. The balance of power will not change”. 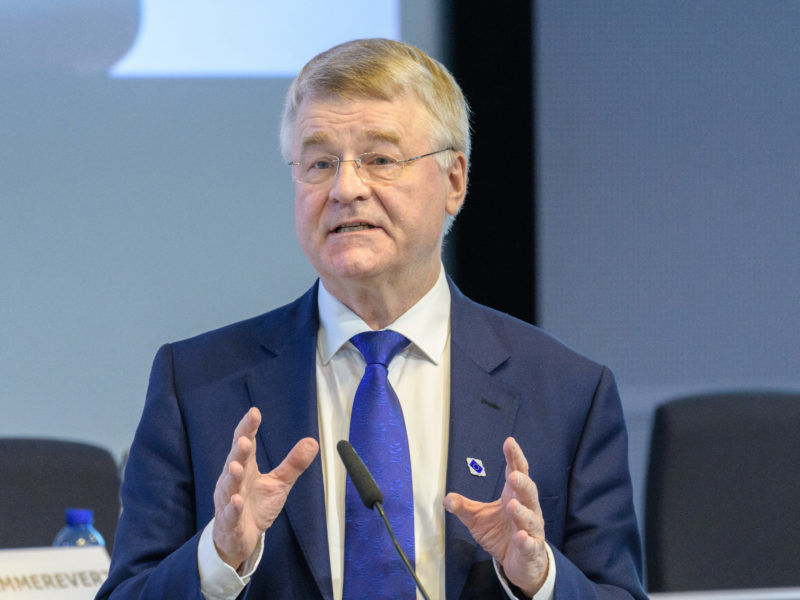 Committee of the Regions President Markku Markkula is adamant Brexit is an opportunity to “renew” the European Union, while cities and regions can be the drivers of change. EURACTIV Spain reports.

Cohesion policy is an EU pillar and it cannot be replaced in the future, said the President of the Conference of Peripheral Maritime Regions (CPMR) Vasco Cordeiro.

Cordeiro urged a more active participation of citizens in the EU decision-making process claiming that it “the greatest challenge EU is currently facing” and one of the main reasons numerous people are turning their back on the EU.

“If we want to beat populism and move forward, we need more citizen participation so that they feel involved and that their voice is really heard.”

For the CPMR, blue growth, sustainable energy production and reinforcement of competitiveness through key investments in innovation, research, education and training should be prioritised.

“Not only physical investments but also in human resources”, he added.

EURACTIV asked Cordeiro about the combination of the European Fund for Strategic Investments (EFSI) and structural funds, which is in the Commission’s Omnibus proposal, and if the money would actually end up in the country whose funds it was taken from.

Cordeiro replied that his greatest concern was not money but the suitability of financial instruments like EFSI to achieve the goals of cohesion policy.

“Financial tools lack something: territoriality”, he said, adding that structural funds are necessary, particularly for smaller markets which find it harder to attract private investments.

He also highlighted that a multilevel governance system with regions at its core is needed to reform the EU.

“Regions are the first to feel the impact of many of the challenges facing Europe and must, therefore, have a center role in providing solutions”.