British ministers in US to ‘fast-track’ post-Brexit trade deal

Britain was seeking to fast-track a crucial post-Brexit trade deal with the United States on Wednesday (7 August) after new Prime Minister Boris Johnson dispatched his top diplomat and foreign trade minister to Washington.

Foreign Secretary Dominic Raab was due to hold talks with his US counterpart Mike Pompeo at the State Department while the International Trade Secretary Liz Truss has lined up meetings with top American trade officials.

With Johnson determined to ensure Britain leaves the European Union on October 31, with or without a deal, striking some kind of trade accord with the Trump administration has taken on even greater importance.

Trump, who sees a like-minded leader in Johnson, has said that trade between the two countries could multiply once Britain leaves the EU and spoke to the British prime minister about a deal within days of his taking office last month.

“Negotiating and signing an exciting new free trade agreement with the US is one of my top priorities,” said Truss, who was a cheerleader for the leave camp in the 2016 referendum on Britain’s membership of the EU.

“Having already laid the groundwork, we are fast-tracking this deal so that businesses are able to take advantage of the golden opportunity to increase trade with the US as soon as possible,” she added.

“The US is our biggest trading partner and we have more than $1 trillion invested in each other’s economies. We want to get formal talks moving quickly.”

Truss was due to meet Tuesday with US Trade Representative Robert Lighthizer and Commerce Secretary Wilbur Ross later in the week, US officials said.

After his first phone call with Johnson, Trump told reporters that a bilateral deal with post-Brexit Britain could be “three to four, five times” bigger than current trade and once London is out of the European Union “we could do much more.” 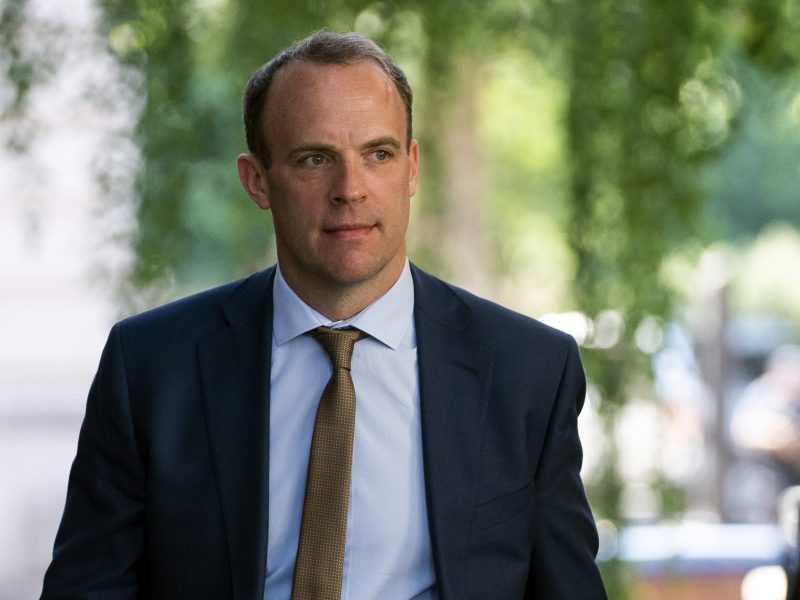 British foreign minister Dominic Raab will travel to Canada, the United States and Mexico this week to seek to boost ties with non-European countries ahead of Brexit, his office said.

‘Desperate’ for a deal

Johnson, clearly enjoying warmer relations with Trump than his predecessor Theresa May, is hoping that he can clinch a swift deal that can send a message of Britain’s ability to strike out on its own.

Trump’s apparent enthusiasm for a deal is in marked contrast to the attitude of his predecessor Barack Obama, who said that Britain would be at the “back of the queue” for any kind of trade deal if it left the EU.

But there are warnings that Johnson’s willingness to leave the EU without a negotiated settlement with Britain’s longtime partners will play into the hands of Trump who prides himself on being a master negotiator.

Trump’s good ties with leaders such as Japan’s Prime Minister Shinzo Abe have not prevented him from playing hardball in negotiations with allies.

Larry Summers, who was US treasury secretary under President Bill Clinton, said that Britain could not mask the weakness of its hand.

“Look at it from America’s point of view: Britain has much less to give than Europe as a whole did, therefore less reason for the United States to make concessions,” he told BBC Radio 4 earlier this week.

“Britain has no leverage. Britain is desperate. Britain has nothing else. It needs an agreement very soon. When you have a desperate partner, that’s when you strike the hardest bargain,” he said.

Last year, the United States ran a $20 billion trade surplus with Britain. The two countries exchanged $262 billion in goods and services, according to the US Trade Representative’s office, meaning Britain was America’s fifth-largest export market.

Top US exports are financial services and aircraft while British exports include autos and tourism.