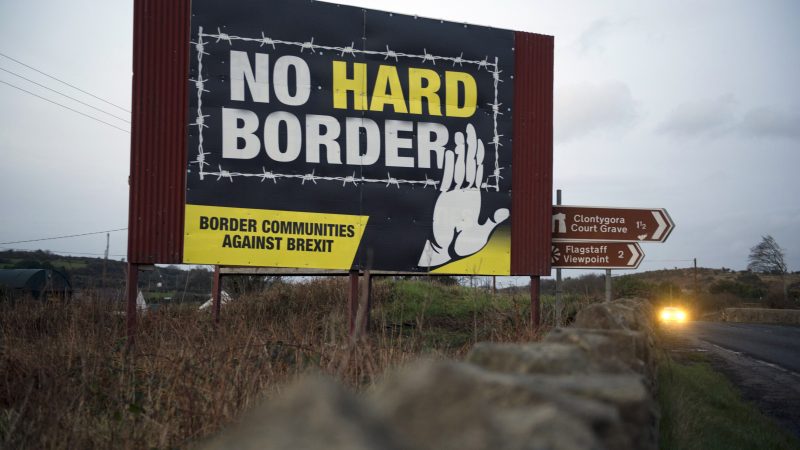 Goods imports from Great Britain to Ireland have dropped by 20% since the UK left the single market, according to data published on Monday by Ireland’s Central Statistics Office. [EPA-EFE/AIDAN CRAWLEY]

Goods exports from Great Britain to Ireland have dropped by 20% since the United Kingdom left the single market, according to data published on Monday by Ireland’s Central Statistics Office.

Meanwhile, exports to Great Britain increased by 20% in the same period.

One of the effects of the Northern Ireland protocol, which imposed customs checks on goods travelling from Britain to Northern Ireland but kept the province in the EU’s single market for goods, has been a major increase in intra-Irish trade.

The protocol has created a situation where Northern Irish exporters stand to benefit from having dual access to both the EU and UK single markets, while importers face their goods being subject to customs checks on both sides, disrupting supply chains.

45% of British firms reported difficulties adapting to changes in rules for buying or selling goods brought about by the UK-EU Trade and Cooperation Agreement, according to a survey published last month by the British Chambers of Commerce.

“These data certainly do illustrate that the issues with the TCA are not ‘teething problems’ but more structural defects that, whilst fixable, if not attended to will lead to long term damage to our economy,” said Shevaun Haviland, Director General of the British Chambers of Commerce.

In addition to the extra paperwork caused by the protocol, firms also reported new burdens because of VAT requirements, customs checks and rule of origin requirements.

Last week Foreign Secretary Liz Truss said that she would not accept an arrangement that continues to see goods moving within the UK being subject to checks, instead proposing a self-certification scheme on the assumption that most goods would not be travelling beyond Northern Ireland and so need not be checked or be subject to additional paperwork.