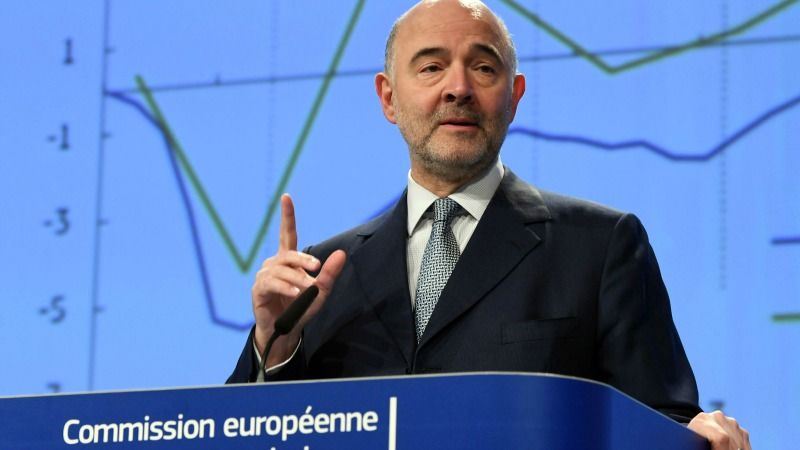 The European Commission warned Italy on Wednesday (22 February) it risked disciplinary action if it did not adopt promised measures to cut its deficit, adding to pressure on a government facing possible early elections and rising eurosceptic sentiment.

Italy is set to increase its huge public debt despite obligations to reduce it, and was already in line for disciplinary action that could trigger fines, Commission Vice-President Valdis Dombrovskis said.

However, he told a news conference, that the EU’s executive arm was waiting to see if Rome would deliver on its promise to take measures worth at least 0.2% of GDP by the end of April.

A disciplinary decision would only be taken after Brussels makes its next economic forecasts, which are expected in May.

Italian Prime Minister Matteo Renzi announced his 2017 budget plan on Saturday (15 October), hoping to persuade the European Commission to approve its minimal reduction in the budget deficit next year while avoiding unpopular belt-tightening.

Publishing a report on Italy’s debt, the Commission said the country needed to “credibly” enact those cuts in its structural deficit, which excludes the impact of the business cycle and one-offs. These cuts would in turn reduce the country’s debt.

The latest round of Commission economic forecasts for the 28-nation bloc showed Italy’s public debt would rise to an all-time high of 133.3% of gross domestic product this year from 132.8% in 2016.

Under EU rules, Italy needs to reduce its debt by about 3.6% of GDP annually.

In a separate report, the executive said that Italy was one of six EU countries, as well as France, Cyprus, Portugal, Croatia and Bulgaria, experiencing “excessive economic imbalances”, a situation which could also trigger sanctions.

“The stock of non-performing loans has only started to stabilise and still weighs on banks’ profits and lending policies,” the Commission said.

Recapitalisation needs that “may emerge” for some Italian lenders could occur “in a context of difficult access to equity markets,” it said.

The Italian government is in talks with the European Commission to devise rescue plans for Banca Monte dei Paschi di Siena and two Veneto-based regional lenders, as Italy’s largest lender, Unicredit, is seeking to raise €13 billion in the capital markets.

EU economics commissioner Pierre Moscovici acknowledged Italy has implemented important reforms in recent years but stressed that “there seems to be a slowdown in the reforms”, when a faster pace would instead be needed for “modest” growth.

The Italian government approved a decree early on Friday (23 December) that will open the way for the rescue of Monte dei Paschi di Siena after the world’s oldest bank failed to win backing from investors for a vital capital increase.