After a meeting of eurozone finance ministers in Brussels, the European Commission and the European Central Bank (ECB) said an evaluation could be completed in “around a year”.

#Bulgaria wants to move forward to become a member of the euro area and to prepare well for a successful membership through improved resilience and stronger financial, economic and social structures. pic.twitter.com/P1l9a5U9tq

“We might expect the ECB to complete its overall assessment in around a year,” added members of the eurozone in a statement.

I believe that by working hard the timeline for #Bulgaria to join both ERM II and the Banking Union within one year is realistic. We stand ready to support #Bulgaria politically and in practice. #euro pic.twitter.com/kGSVzzQfaY

Finance Minister Vladislav Goranov said earlier this year that with one of the lowest debt levels in the EU, fiscal surpluses and manageable inflation, Bulgaria met all the criteria for joining the euro.

Prime Minister Boyko Borissov said in April Bulgaria hoped to enter the two-year “waiting room” to join the euro within a year.

The Commission has raised an additional condition to Bulgaria, that it would first join the EU’s Banking Union and the EU’s Exchange Rate Mechanism ERM2, also called “Eurozone waiting room”, only after. The Bulgarian position is that it should enter ERM2 first, and “the next day” the country would file an application for the Banking Union. 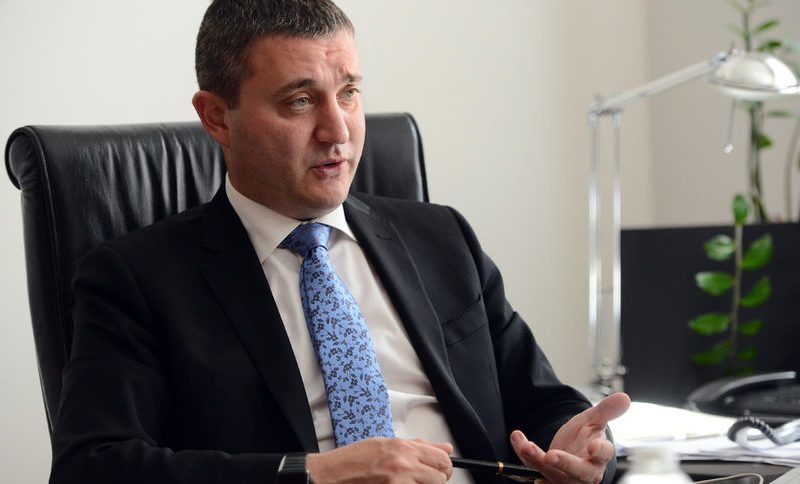 Now the compromise is that Bulgaria will apply to ERM2 and to the Banking Union simultaneously.

The Commission welcomes the efforts of #Bulgaria to join the #euro. Today we endorsed its strategy to join the Exchange Rate Mechanism (ERM II) and the #BankingUnion simultaneously #Eurogroup pic.twitter.com/tE15pCoGVA