Eurostat and the European Commission have been informed of a serious problem with the reporting of the balance of payments of the Bulgarian economy to the EU institutions, which may have presented the country’s GDP growth as much higher than it is. EURACTIV Bulgaria reports.

Late last week, BSP MP Rumen Gechev first announced in the national parliament that there was a major problem with data from the National Statistical Institute.

The Bulgarian National Bank later acknowledged that there was a record amount of “errors and omissions” in the balance of payments data of the Bulgarian economy last year, amounting to €3.3 billion, which is more than 6% of the country’s GDP. The major problem is due to the reporting of imports of oil products.

On Wednesday (26 February), the matter was referred to Brussels by Maya Manolova, former Ombudsman and current leader of the civic movement “IzpraviSe.bg” (Rise Bulgaria).

She announced that she had informed European Commissioner for Economy Paolo Gentiloni and Eurostat Director-General Mariana Kotseva, who is a Bulgarian national.

According to Manolova, the National Statistical Institute (NSI) has not yet published the real data and continues to use and disseminate false information, which according to her was used to suggest a rapid economic growth of the country.

Earlier, Gechev explained that if the data were corrected, the growth of the Bulgarian economy would be only 0.8-1%, compared to the present optimistic estimates of 3.7%.

According to him, Prime Minister Boyko Borissov and Finance Minister Vladislav Goranov had been informed of the problem but ignored it.

Since 2019, imports into Bulgaria of certain types of products, including oil products, are reported with two types of customs declarations – simplified and additional. Apparently, this has led to the errors in reporting.

The gap in reporting is expected to be corrected by 5 March.

The problem may harm Bulgaria’s image for at least two serious reasons.

The first is that the EU already had very serious problems with Greek statistics, more than 15 years ago. In 2004, Athens was forced to acknowledge manipulation of statistics, which brought to light the country’s huge foreign debt. The financial crisis in 2009 made things worse and Greece went bankrupt.

The second problem is that Bulgaria is on the cusp of joining ERM-2, the eurozone waiting room. This is expected to happen in July. Some of the eurozone member states are opposed to Bulgaria’s accession to the monetary union because they fear Bulgaria could become a second Greece because of its weak economy. 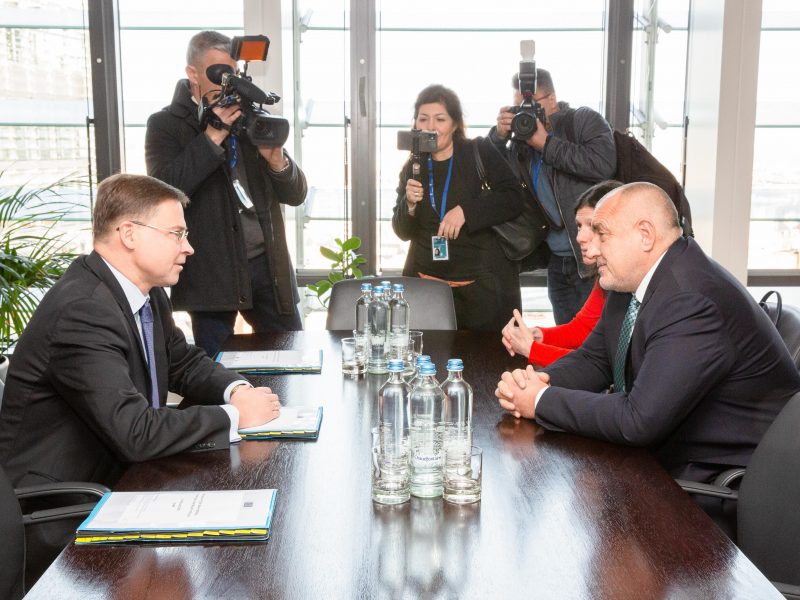 On Wednesday, the European Commission removed Bulgaria from the list of countries with macroeconomic imbalances. In 2013, the EU executive created the so-called European Semester, which closely monitors the macroeconomic performance of EU member states following the eurozone crisis.

In 2015 Bulgaria was declared a country with “excessive” imbalances following the bankruptcy of Corporate Commercial Bank, the country’s fourth-largest, but since then the situation with public finances seems to have been improving.

The EC notes, however, that the country needs structural reforms and investment to achieve sustainable and inclusive growth amid a heavy demographic crisis. The Commission notes that the potential GDP growth is not sufficient to ensure Bulgaria can rapidly catch up with other countries in the Union.

It also notes that there are not enough foreign investments, which delays the necessary modernisation of the economy.