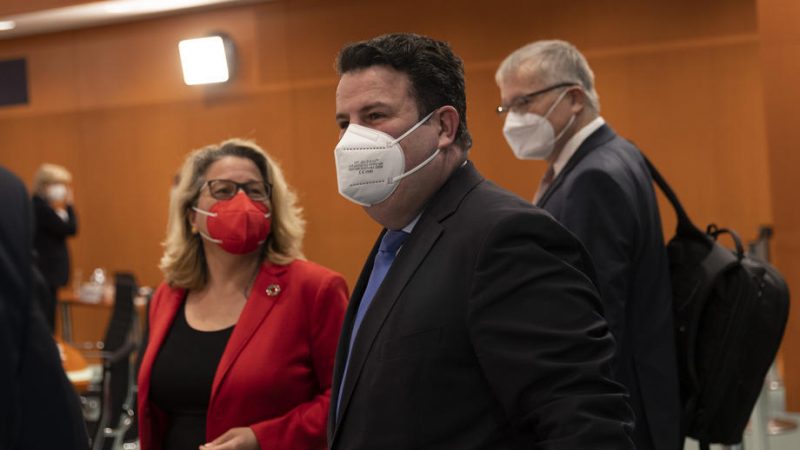 "It is regrettable that politics is trying to achieve a good goal with a badly made law," said BDI CEO Joachim Lang, who expects companies will now incur "incalculable risks", pointing to the "disproportionately high" sanctions as a major problem. EPA-EFE/Maja Hitij / POOL [Maja Hitij]

The German Bundestag has adopted a law that will force companies to respect human rights in their supply chains, despite opposition from some political parties and industry. EURACTIV Germany reports.

“We cannot build our prosperity permanently on the exploitation of people, so this law is an important step,” Labour Minister Hubertus Heil said as the Due Diligence in Supply Chains Law – whose aim is to stop human rights abuses by suppliers of German companies – was adopted on Friday (11 June).

Development Minister Gerd Müller referred to it as an “important step towards enforcing standards in global supply chains” while SPD MP Bärbel Kofler called it a “paradigm shift.”

Companies will have to analyse human rights risks throughout their supply chain, take preventive and corrective measures, and set up complaints mechanisms and report on their activities at regular intervals, the new law states.

According to the text, companies will also be obliged to comply with environmental due diligence standards, especially with regards to the avoidance of harmful chemicals in global production processes.

However, the new law will only apply to large companies.

“We have been careful to find a balanced solution for business. The Due Diligence Act will not impose an immediate additional burden on our small and medium-sized enterprises,” the government’s representative for SMEs, Thomas Bareiß, told EURACTIV Germany.

Failure to comply with the legal obligations can result in severe penalties.

Companies will have to implement the law’s requirements with regard to their direct suppliers, though indirect suppliers will also be covered if the German companies become aware of their human rights violations. 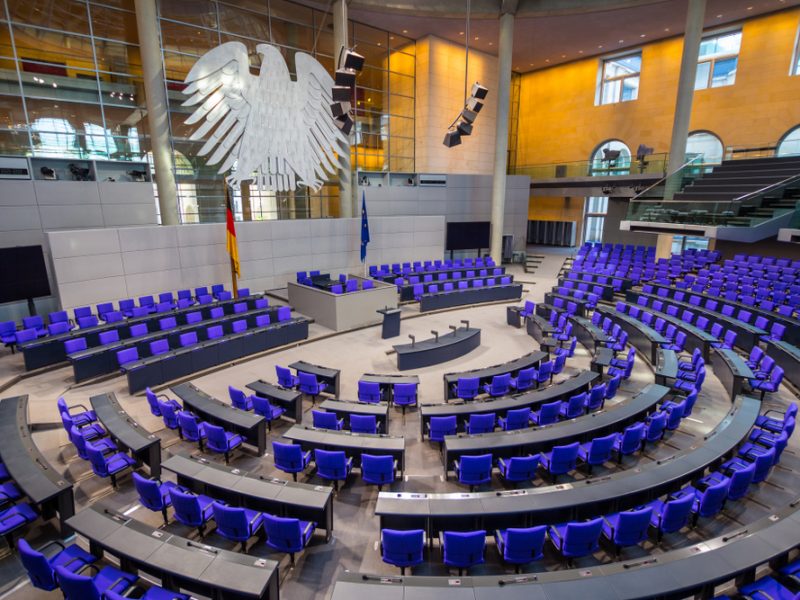 The German parliament on Friday will vote on a supply chain law in what could be “a breakthrough for the enforcement of human rights,” according to German Labour Minister Hubertus Heil. Both industry and civil society organisations are not satisfied …

A chokehold on the economy?

However, the law was fiercely criticised by the opposition, especially by the far-right AfD and economically liberal FDP. “This is a law that only the competition is happy about,” said AfD parliamentarian René Springer.

According to FDP lawmaker Karl Julius Cronenberg, the law would hold the business community too “responsible”. “The milestone is becoming a millstone,” Cronenberg quipped, referring to high bureaucratic requirements businesses will have to deal with.

An increase in bureaucracy is also a concern for companies, a representative survey by the Leibniz Institute for Economic Research (ifo) showed.

“Particularly in industry, 43% of the participating companies say they expect negative effects from an increase in bureaucracy or documentation, followed by wholesale trade,” Lisandra Flach of the ifo Centre summarised.

The Federation of German Industries (BDI) also criticised the law.

“It is regrettable that politics is trying to achieve a good goal with a badly made law,” said BDI CEO Joachim Lang, who pointed to the “disproportionately high” sanctions as a major problem.

In contrast, the Left and the Greens criticised the law for not going far enough.

Eva Maria Schreier of the Left parliamentary group complained the bill is now only “a pale shadow of what it originally was and what it could have been.”

The exclusion of civil liability, removed from the draft last-minute, is a big sticking point for the Greens and the Left.

The law had been “weakened in numerous places under pressure from business lobbyists,” said Johanna Kusch, coordinator of the civil society alliance “Initiative Supply Chain Act”.

Cornelia Heydenreich, head of the corporate responsibility team at Germanwatch, said the law was “still weak in crucial places,” but overall, it represented a “paradigm shift for Germany”. 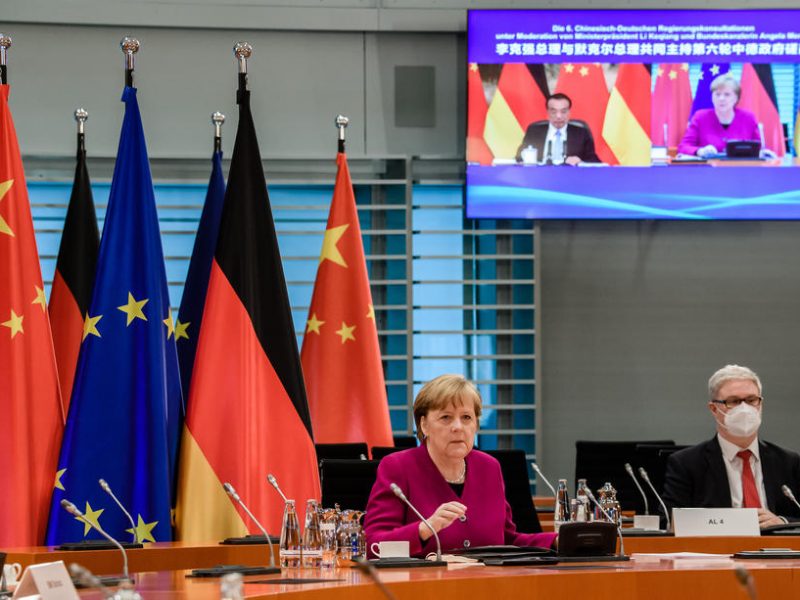 German Chancellor Angela Merkel has called for dialogue with Beijing on human rights to resume as soon as possible, in her last government consultations with China as leader of Europe’s biggest economy.

Merkel said the regular consultations had during her nearly …

A showcase for Europe?

“Today we are passing the toughest supply chain law in the world” and this could also be the basis for a European supply chain law, stressed SPD MEP Bernd Rützel. CDU MEP Hermann Gröhe also saw the law as “a good blueprint for the EU”.

However, some EU lawmakers expressed caution about the German initiative.

“A supply chain law only makes sense at the European level,” said Renew Europe MEP Svenja Hahn. She warned that unilateral national moves could lead to “a different framework for German companies on the EU’s single market.”

“The German government should rather have supported the joint European effort, which would apply to all companies operating on the single market and should make it easier for them to safeguard human rights along their supply chains,” Hahn told EURACTIV.