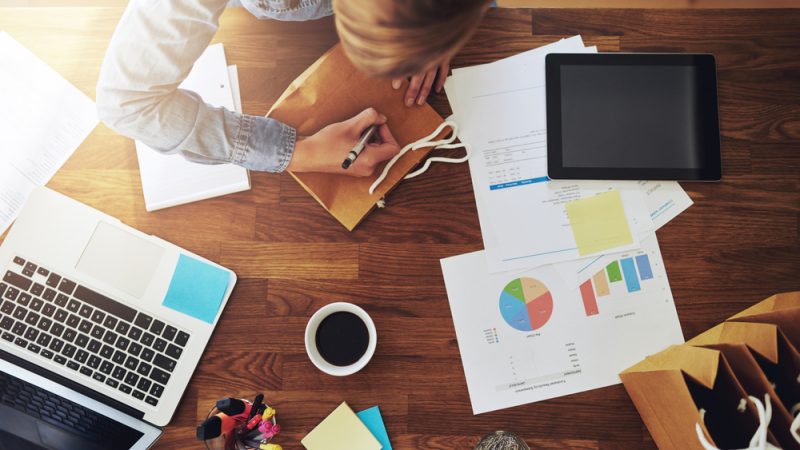 The EU lawmaker added that many women were discouraged from starting their own businesses because they could not see many others doing so, particularly if they have family responsibilities. [Shutterstock/Ground Picture]

The strengthening of the private sector is a pivotal goal for Europe if it wants to deal with current crises, and women must significantly contribute to it, Danish MEP and former entrepreneur Pernille Weiss told EURACTIV.

Women are vastly underrepresented in Europe’s private sector, according to the Global Entrepreneurship Monitor Report, which found 5.7% of women in Europe are entrepreneurs, compared with a worldwide average of 11%.

Weiss, who is also the rapporteur of the Parliament’s own-initiative report on women entrepreneurs, which was approved in early May, warned that if this proportion remains so low, it will be impossible to “deliver all our promises and needs in the climate change and the health sector”, or afford the defence of European democracy in times of war.

One roadblock to progress, the MEP said, is differences in member states’ social systems. The less protection a social system has, the higher the risk to individuals in business wanting to try things out and innovate.

The EU lawmaker added that many women were discouraged from starting their own businesses because they could not see many others doing so, particularly if they have family responsibilities.

“It is actually possible to have a young family, and also a career as an entrepreneur,” Weiss said, adding that “there is a return on investment when financing [women-owned] businesses,” as their success would subsequently reinforce the social system.

Regarding Europe being relatively behind compared to global figures, Yulia Stark, president of the European Women’s Association (EWA), attributed this to a lesser developed entrepreneurial culture in Europe and offered an alternative explanation to the disparity.

In some developing countries, “where the social system is less developed, you have to survive, you have to make sure to pay your bills by the end of the month,” the EWA president said. Often in these cases, women will turn to forms of entrepreneurship to make ends meet.

Europe is “far from reaching the goal of gender equality,” in particular in the entrepreneurship field, where many barriers for women remain, Anna Dorangricchia, expert on gender issues from the Union for the Mediterranean told EURACTIV.

The EU scored 68 out of 100 on the Gender Equality Index, according to the most recent data released in October 2021. The index was developed by the European Institute for Gender Equality, which annually assesses progress in the EU on the issue “tailored to fit the EU’s policy goals”.

It considers how factors such as work, money, knowledge, time, power and health drive gender inequality.

EWA’s Stark said biases toward women in the workplace are a continuing obstacle to progress, and women are still too often dismissed as caregivers – both in the EU and abroad.

“Social responsibilities are still not equally divided” between genders, continued Stark, who links this unequal division with women’s hesitation to start both a family and a business simultaneously.

“When I upload a video online, I always get at least a few comments asking me if I have a husband or kids,” a Mongolia-based content creator entrepreneur, Anu Harchu, told EURACTIV.

A European Commission official told EURACTIV that they are helping businesswomen by facilitating “peer-to-peer learning with several workshops on women entrepreneurship and entrepreneurship education”, with funding from EU programmes and sponsoring the platform WEgate, which helps women gain access to funding.

The Commission also organises so-called ESTEAM (Entrepreneurship, Science, Technology, Engineering, Arts and Mathematics) Festivals that aim to increase “the interest of girls and women in fields like STEM and ICT”, said the Commission official.

Such subjects are a crucial grounding for entrepreneurs, whose first obstacles often include access to technology, financial skills, and knowledge.

Moreover, it suggested tax breaks, affordable social services, and the implementation of the 2019 Council recommendation, which calls for better access for self-employed workers to social protection systems without any discrimination based on gender.