Ministers Nadia Calviño (Spain), Paschal Donohoe (Ireland) and Pierre Gramegna (Luxembourg) will compete for the Eurogroup presidency. While Calviño could become the first woman to chair the body, her colleagues have promised to become ‘bridge builders’ between the different positions.

The election of the successor to the outgoing president, Portuguese Finance minister Mario Centeno, will take place on 9 July. The president’s role during the 2½ year mandate is to set the agenda for the monthly meetings of the 19 eurozone finance ministers and try to find compromise solutions for divisive issues.

“This excellent pool of candidates shows the relevance of Eurogroup today to ensure stability/prosperity in the euro area,” Centeno wrote on Twitter on Thursday.

The successful candidate must get the support of at least 10 out of the 19 finance ministers around the table.

Calviño is considered as the “frontrunner”, EU officials and diplomats told EURACTIV.com, citing her CV and good working relationship with Paris and Berlin are some of her assets.

“It would be an honour for the Spanish government, and for me as its president, if Nadia Calvino were to take on the presidency,” tweeted Spanish Prime Minister Pedro Sanchez. “For the first time, Spain, and a woman, would lead this institution.”

In the candidacy letter sent to her colleagues, Calviño said she was aware of “the different sensitivities around the table” and the need to build consensus. But she defended the role of the Eurogroup in putting forward a plan to build a “stronger, more resilient economic and monetary union”. 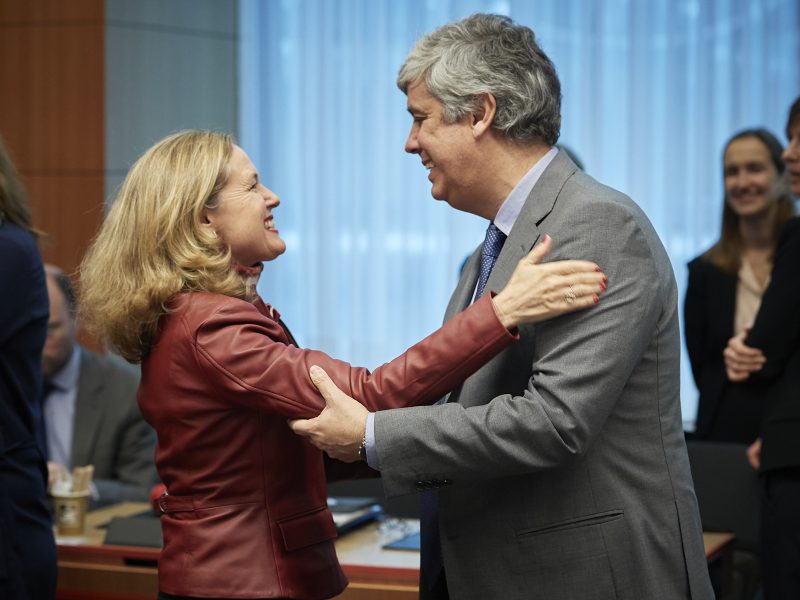 Donohoe, seen as a strong rival, could count with a majority of the ministers of the European People’s Party inside the Eurogroup (seven) and could attract two other right-wing ministers.

The Irish minister said his country “has long been a bridge-builder”, and promised to work towards “sustainable and inclusive growth” among member states.

Meanwhile, Gramegna, who had previously run against Centeno, is using his experience to gain support and his potential role as a “consensus candidate” between the different factions, families and blocs.

“Today’s momentous challenges require consensus and compromise between all eurozone members – small or large, North to South and East to West…”, he said.

“I will use my six-year experience, all my energy and diplomacy for this task,” he added.

The Eurogroup played an important role during the eurozone crisis, as it was the political body where the eurozone members assembled their bailout mechanism (the European Stability Mechanism) and agreed on the rescued programmes.

The institution, criticised for its lack of transparency, will embark on a soul-searching path over the coming months to rediscover its relevance during the recovery from the coronavirus crisis. 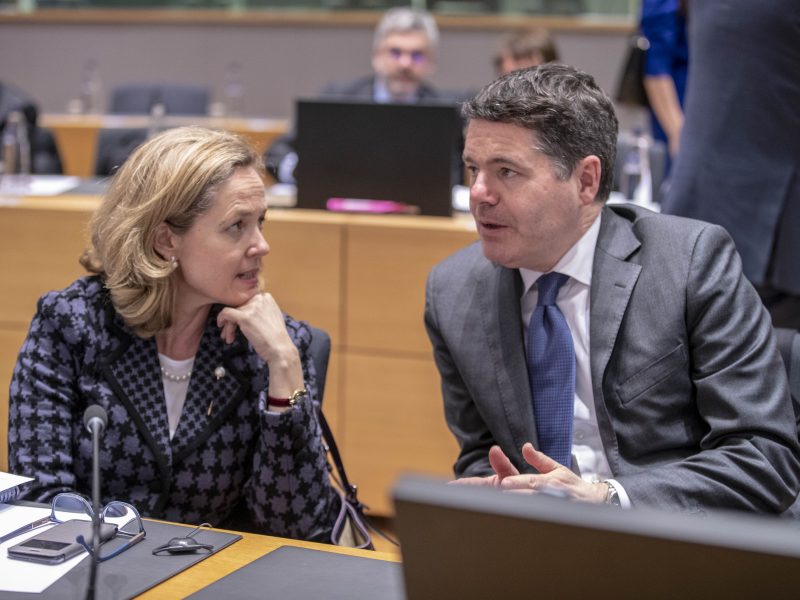