Britain’s historic decision to compel its overseas territories to identify the owners of registered companies marks a “significant” moment in the global crackdown on dirty money, campaigners said Wednesday (2 May).

On Tuesday, Prime Minister Theresa May’s Conservative minority government acknowledged it would not be able to block an amendment in the House of Commons backed by many of its own MPs.

Territories like the Cayman Islands, the British Virgin Islands and the Turks and Caicos Islands will have until December 31, 2020 to create public registers of so-called beneficial ownership or face direct intervention by London.

May, who had favoured a more consensual approach, changed her stance following MPs’ demands to improve transparency.

“Until now, UK governments and parliamentarians have been unwilling to impose greater transparency.

“Despite the UK being legally responsible and able to do so, no action has been taken.

“But cross-party and opposition support in the UK parliament means that… an amendment was passed as part of the Sanctions and Anti-Money Laundering Bill, requiring the OTs to create public registers of beneficial ownership of companies — meeting the emerging international standard.”

Opposition Labour MP Margaret Hodge had tabled the amendment to the sanctions and anti-money laundering bill.

The development “is good news for the protection of human rights and democracy across the globe, and bad news for tax dodgers, money launderers and kleptocrats”, added Markus Meinzer of the TJN.

“The risks for dirty business ending up in bright daylight is increasing. Let’s now move on to tackle the next strongholds of financial secrecy — there are enough left for a lifetime.”

“By agreeing to push the UK’s overseas territories to publish public registers of the real owners of their companies, the UK has led the world in one of the biggest moves we have seen in the fight against corruption for years,” it said.

“So many of our investigations over the years have revealed (that) corrupt officials… mobsters and oligarchs use companies registered in these territories… to hide their criminal activities,” noted Global Witness.

In December 2017, the European Union adopted a blacklist of 17 non-EU tax havens after a year of tough negotiations but subsequently removed nearly half.

“The anonymous companies for sale in these jurisdictions allow the corrupt and the criminal to steal, hide and move suspect funds around the world,” said Global Witness.

“And over a year ago, the Panama Papers demonstrated their importance, as they revealed that more than half of the companies named in the papers were registered in the UK’s overseas territories.”

Transparency International, another campaign organisation, has described Britain’s vote as a “hugely significant moment in the fight against corruption”. 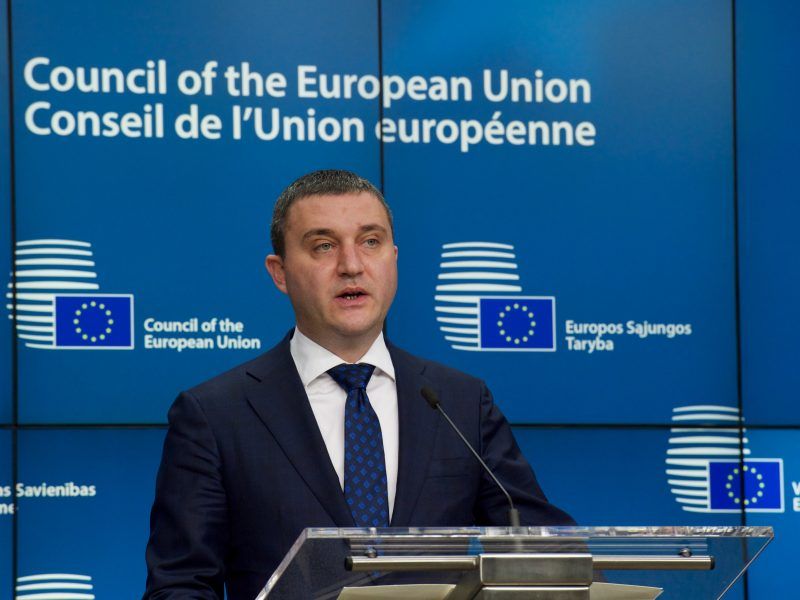