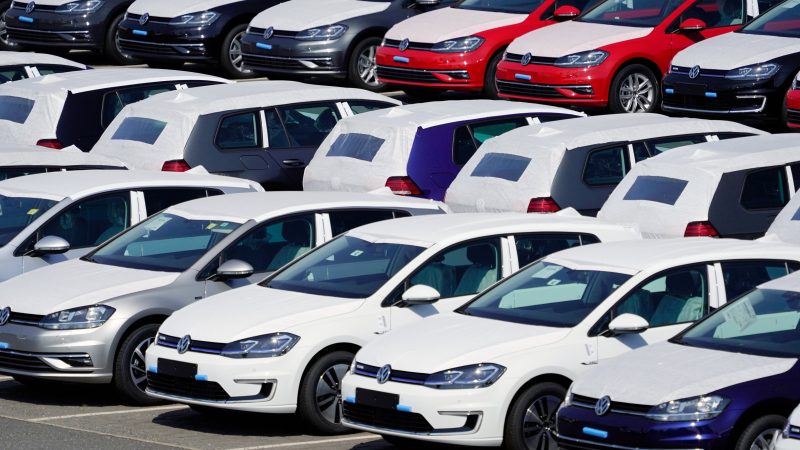 File photo. Volkswagen cars are parked nearby the terminal and tower of the BER airport in Schoenefeld near Berlin, Germany, 19 August 2018. Volkswagen group announced on 14 February 2020 that negotiations for a settlement have collapsed. [Alexander Becher/EPA/EFE]

European consumers will soon be able to band together as groups in court after the European Parliament on Tuesday (24 November) adopted legislation giving them the right to US-style class-action lawsuits.

The measure will become law within the next two years, once it is published in EU’s official administrative gazette, and member states change their laws to include it.

The EU legislation means that all 27 member states will have to allow consumers to launch group actions against a trader or company they believe has caused them loss or harm.

It aims to put consumers on a fairer footing with deep-pocketed corporations, and to overcome the often prohibitive legal costs individuals face in taking them to court.

While similar to class action lawsuits used in the US, the EU approach differs in significant ways, to avoid what Europeans view as excesses of the US system.

For instance, law firms will not be able to initiate the collective redress lawsuits, while consumer organisations will, and there is no scope for punitive damages to be demanded beyond actual losses incurred.

MEPs approved the legislation in a videolink session because of coronavirus restrictions. They did not take it to a vote because no amendment was proposed to an agreement reached in June between negotiators from the parliament and the EU member state governments.

The European Commission started pushing for the initiative in 2018, after scandals such as “dieselgate”, when Volkswagen violated emissions rules on millions of diesel-fuelled vehicles and angry European owners did not have the same redress as that won by US counterparts.

“European consumers deserve such protection. Everyone knows that going alone to court is slow, costly and uncertain,” Geoffroy Didier, a French MEP involved in drawing up the text, said in a statement to AFP.

He noted that such collection action would have been handy today, when many European consumers have had to cancel trips because of the Covid-19 pandemic “and many never got reimbursed”.