Commissioner for Cohesion and Reforms Elisa Ferreira during the presentation of REACT-EU. [European Commission]

“This is the European answer to the biggest crisis we have ever seen,” the Commissioner for Cohesion and Reforms, Elisa Fereira, told a press conference about the EU recovery package, “I am very glad that inside the DNA of this recovery proposal, you have conversion, cohesion and reforms.”

The bloc’s cohesion policy has been tackling inequalities between and within EU countries for decades. Ferreira pointed out that countries have “different starting points” and “have different capacities” to respond to the consequences of the coronavirus outbreak.

The economic fallout of the coronavirus outbreak has varied greatly across countries, either because of the scope of the health emergency itself or because of the lockdown measures imposed to contain the spread of the disease, which have affected strategic sectors.

REACT-EU [Recovery Assistance for Cohesion and the Territories of Europe] is meant to tackle the resulting inequalities. It is an emergency temporary instrument that will only last until 2021.

The Commission intends to bring the pandemic factor into the equation by topping regular structural funds with €55 billion in additional funding, around €5 billion of which would be available in 2020.

The expenditure will be based on the current rules but will include the level of flexibility the Commission activated during the pandemic to allow for transfer between programmes, objectives and regions.

It will also take into consideration “the severity of the economic and social impacts of the crisis, including the level of youth unemployment and the relative prosperity of member state” in the allocation of funds.

For the Commission, cohesion policy, though one of the oldest tools in the bloc, should be crucial “to ensuring a balanced recovery” across the continent. 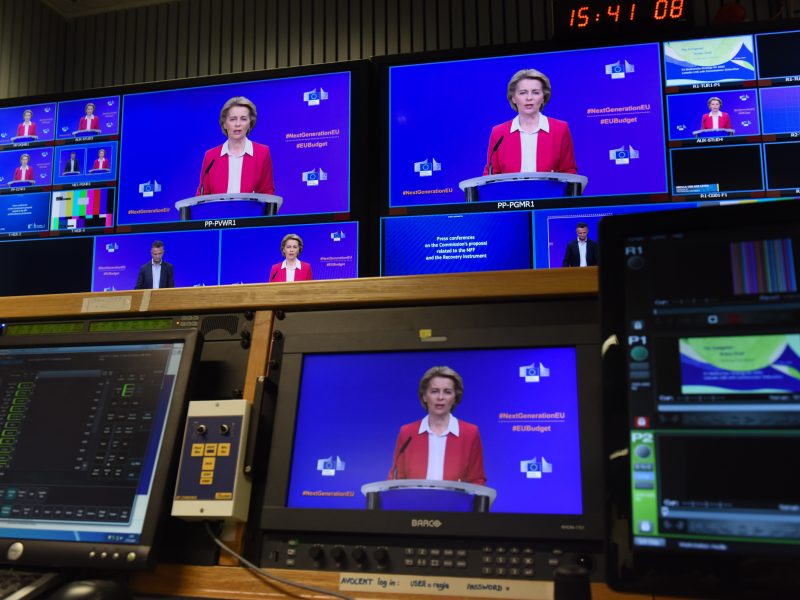 As part of its recovery plan, the European Commission wants to attract €600 billion of additional private investments in order to finance strategic sectors and support viable companies at risk of liquidity shortages in the aftermath of the COVID-19 crisis.

On the basis of the Commission proposal, the EU would dedicate around €373 billion to Cohesion, plus €40 billion to the Just Transition Fund.

The focus of the cohesion policy under the new EU budget will be the same – supporting “economic competitiveness through research and innovation, digital transition as well as the European Green Deal agenda and the promotion of the European Pillar of Social Rights.”

The new proposal, however, pays more attention to strengthening health care systems and sectors particularly impacted by the crisis such as culture or tourism.

The health emergency provoked by the coronavirus has been particularly cruel on the elderly but the economic fallout is hitting the younger generation harder.

A big chunk of the structural funds will go towards fighting youth unemployment and reinforcing education and training frameworks, as well as fighting poverty and exclusion through the European Social Fund Plus (ESF+).

Countries with youth unemployment rates above the EU average would have to dedicate at least 15% of the fund to support young people. On top of that, the Commission proposed for at least 5% of the ESF+ to be dedicated to alleviating child poverty.

And because the EU aims to speed up recovery by further transforming the economy, the Commission has proposed to boost the Just Transition Fund from barely €7.5 to €40 billion “to alleviate the socio-economic impacts of the transition towards climate neutrality in the regions most affected.”

“It is a massive increase that is completely necessary if we see the extra effort that is required,” Ferreira said.

EU cohesion policy was one of the first instruments the Commission used to react to the COVID-19 outbreak. Ferreira said flexibility will remain a key element in the new regional policy, which will also include a “fully-fledged crisis-response mechanism” to respond to potential future crises.

Furthermore, the proposal includes a mid-term review, long sought by the European Parliament, “for a review of national cohesion allocations in 2024, taking into account the latest available statistics.”

The review could lead to an adjustment of up to €10 billion for all countries.

Younous Omarjee, chair of the European Parliament’s Committee on Regional Development, welcomed the proposal but was cautious on the final outcome as the Council will have a big say on the final package.

“The cohesion policy was the only Union policy capable of responding urgently to the crisis to help the hospital sector, SMEs and employees,” Omarjee told EURACTIV and stressed the importance of the instrument to support territories “when they are hit by an unprecedented explosion.”

“Cohesion policy has helped build Europe. It will help rebuild it,” he said.

The president of the European Committee of the Regions, Apostolos Tzitzikostas, also praised the recovery plan and called for its swift adoption.

The #MFF proposal presented today by @vonderleyen goes in the right direction for all regions, cities and villages of the EU. It is based on solidarity, responsibility and subsidiarity. It will benefit all local and regional communities across Europe, as demanded by @EU_CoR. https://t.co/cZXqnsvjUW