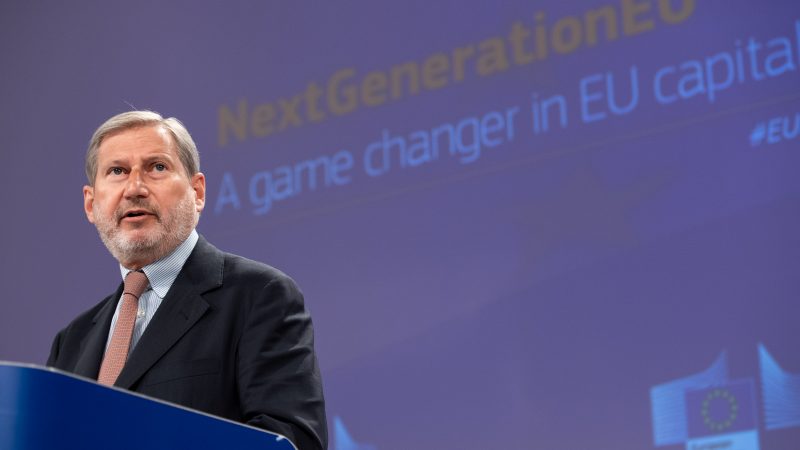 The European Commission raised €20 billion in the markets on Tuesday (15 June) to start financing the EU’s €800 billion recovery fund, beating its expectations for the planned monthly bond sale.

“Today is a truly historic day for our European Union. We successfully conducted the first funding operation for NextGenerationEU,” she told reporters.

The first syndicated issuance saw a demand of €142 billion for the EU’s 10-year bond offer. The Commission had to pay interest below 1%.

Investors’ appetite was inferior to the €230 billion record volume demanded last October during the first bond sale to finance the SURE mechanism aimed at supporting workers in the EU, including 10-year and 20-year bonds. 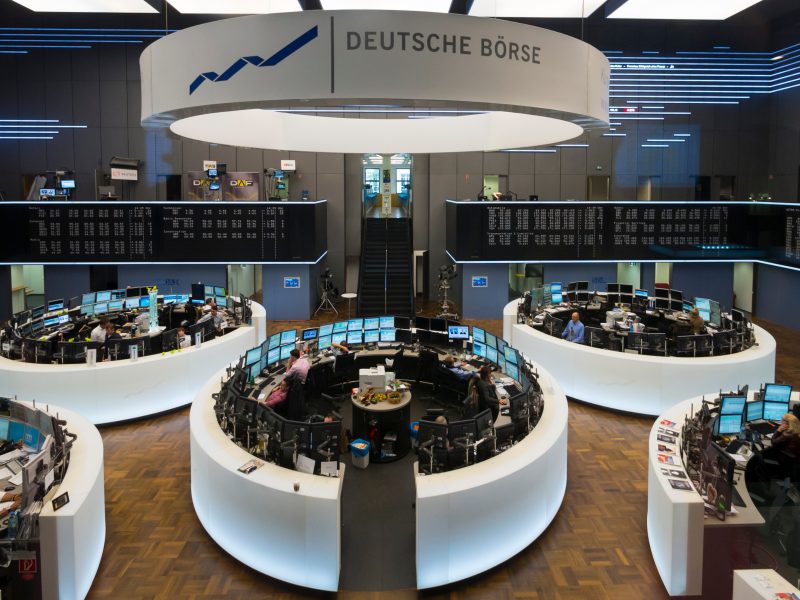 The European Union attracted the highest demand ever for a bond sale on Tuesday (20 October) at over €233 billion, bankers involved in the deal said, as it kicked off fund raising for its SURE unemployment scheme.

The Commissioner for Budget, Johannes Hahn said the successful issuance represented the largest amount raised by the EU or any other supranational organisation at once.

The €20 billion obtained is also above the amount of around €12.5 billion the Commission expected to raise per month to finance the recovery fund.

More than 50% of the buyers, Hahn explained, were based in the EU. Among them, some 25% were central banks, 37% pension funds and 11% insurance funds. The Austrian commissioner said he was happy with the attraction of long-term investors.

A total of seven banks participated in the syndicated sale, in which financial institutions are paid to attract big buyers.

The Commission, however, decided to exclude 10 banks due to outstanding issues related to their involvement in past anti-trust cases.

The list of banned banks included JPMorgan, Citigroup, and Bank of America, among others.

Hahn said the Commission is assessing the remedial measures that these banks proposed in each case and would act “as fast as possible”, given the interest in getting large banks on board for the unprecedented bond sale over the coming years.

The €800 billion needed to finance the recovery fund by 2026, together with the €90 billion already raised in the markets for SURE, will turn the EU into the largest supranational borrower, at par with the debt issuance of Germany or Spain.

Some 30% of the recovery fund will be funded by green bonds, once the bloc publishes its green bond framework, expected by September.

The Commission will go to the markets again twice before the summer break. In total, the EU executive expects to issue €80 billion in bonds by the end of the year, and an additional amount of treasury bills.

With these initial sales, the Commission expects to cover the first transfers of recovery funds to member states – 13% of their corresponding amount in prefinancing once the plans are approved.

The Commission is expected to give the first positive assessments to the Spanish and Portuguese plans on Wednesday, as von der Leyen will travel to Madrid and Lisbon to deliver the Commission’s opinions on the national investment and reform proposals.

On Thursday, she will visit Denmark and Greece, and Luxembourg on Friday. More trips are expected to come in the next few days, as part of the approval of the first batch of national plans.

The Commission is expected to approve by the end of June twelve plans submitted by 30 April, including those from Italy, France, and Germany, an EU official told EURACTIV.

Once the EU executive validates the national recovery plans, the Council is expected to give its opinion during the Ecofin Council of 27 EU finance and economy ministers on 13 July. The first transfers of recovery funds are expected to take place in late July or early August.