For the 2021-2027 period, the Commission proposes to allocate €101 billion to this budget item. But the biggest novelty is the possibility to suspend payments as a last-resort measure when countries do not address proposed recommendations.

Valdis Dombrovskis, Commission’s vice-president for the euro and social dialogue, told reporters on Wednesday that the package reflects a plan for a social and fair Europe, as highlighted at the social summit in November 2017.

The logic behind the proposal is for the EU to be able to “make a real difference in empowering people to meet today’s challenges and prepared them for tomorrow”, the vice-president stressed.

ESF and the European Semester

The Commission wants to strengthen the link between the European Social Fund and the recommendations and country analysis provided under the European Semester and work towards making the principles of the European Pillar of Social Rights a reality on the ground.

The Commission says the proposed reform will not focus on the fiscal aspect, because this is already included in the macroeconomic conditionality. “We want to tighten the link with the European Semester in order to support structural reforms in member states, in full complementarity with the Reform Support Programme”, Dombrovskis said.

“What we are putting forward is a horizontal approach that concerns all European Structural Funds, so ESF+ included, where we make this link between the allocation of European Structural and Investment Funds and the European Semester priorities”, the former Latvian prime minister explained.

In the previous regulation, member states had to allocate 65% of funds to this purpose. With the new proposal, the percentage disappears in order to give member states more flexibility to decide, but without affecting the actual objective of specific funds.

Another difference now is that the Commission would have the possibility to reprogramme the use of funds, after carrying out midterm reviews.

Country-specific recommendations will be the starting point of ESF+ programming. Member states will have to allocate sufficient ESF+ resources to help address these policy challenges and recommendations.

To ensure that investments are well aligned to the country-specific policy challenges, there will be two rounds of defining the priorities – once at the start of the programming period and once during the mid-term review. Monitoring will be part of the annual cycle of the European Semester.

While the Commission encourages the stakeholders to take part in defining specific priorities and implementing the programme, the Parliament and the Committee of the Regions fear that the merging of many funds may result in losing the regional aspect of the ESD. 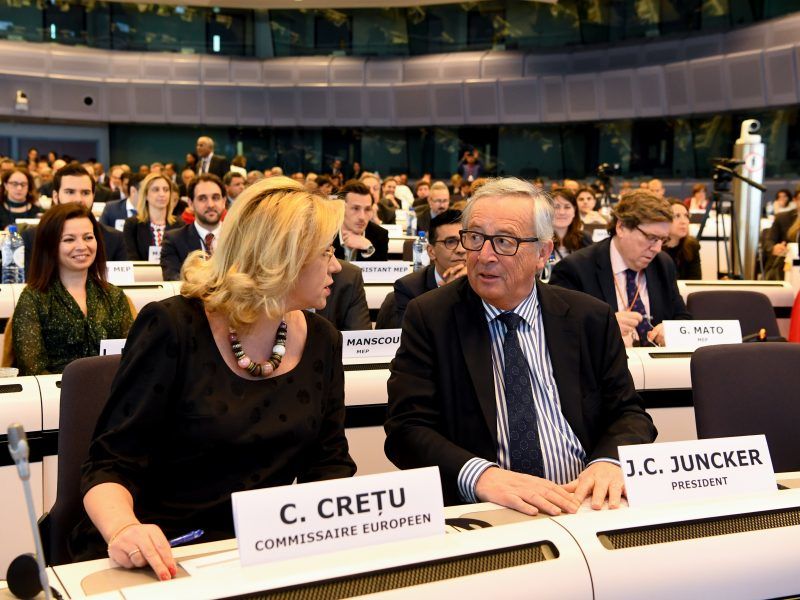 Networks of European regions and cities remain puzzled by the “mixed messages” sent from the presentation of the legislative package for Cohesion on Tuesday (29 May), where they heard Commission proposals to focus more on southern Europe and to apply significant changes in the structure of Cohesion Policy Funds.

However, even with the Italian crisis on the horizon, she provided no reply to the question of whether a member state that refuses to apply to country’s specific recommendations would lose funds.

Solidarity to those in need

Solidarity aims to be a basic pillar for the new European Social Fund +, to support the inclusion of disadvantaged groups, such as the inactive and long-term unemployed,  children or marginalised communities.

“We ask member states to allocate at least 25% ESF+ funding, compared to 20% today, to measures such as social inclusion, which target those more in need. Plus, 10% + funding to fight youth unemployment,” Thyssen said.

Furthermore, the European Globalisation Adjustment Fund (EGF), focused exclusively on European workers who lost their jobs, will aim at improving skills and employability and facilitating the general upskilling of European workforce.

“New Globalisation Adjustment Fund is our way of reacting to profound changes in the global economy,” vice-president Vladis Dombrovkis underlined.

The new framework will also include a specific provision to help the integration of migrants. According to the Commission assessment, “evidence shows that migrants face considerable difficulties to enter the labour market compared with EU citizens”.

The EU executive considers there is a need for more investment in migrant integration.

“As the Union’s main instrument for investing in people, regardless of their nationality or citizenship status, the ESF+ is the appropriate tool to address this need”, the Commission underlines.

“We need to show solidarity with the vulnerable, with the most deprived, with migrants who have the right to stay… as this is what makes us humans”, Thyssen stressed.