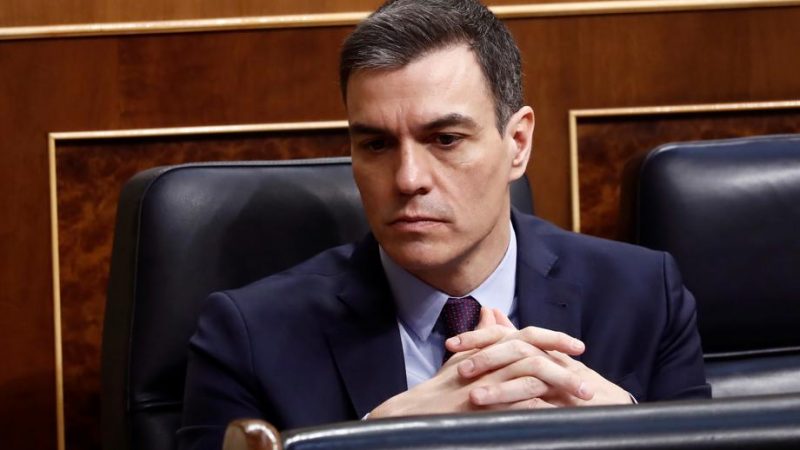 Spanish Prime Minister, Pedro Sanchez, attends the plenary session focused on the declaration of the 'state of alarm' issued in the country to deal with coronavirus outbreak at Lower Chamber in Madrid, Spain, 18 March 2020. [EPA-EFE/Mariscal / POOL]

The Spanish economy’s woes will worsen as GDP is expected to fall by 12.4% this year, according to the European Commission’s latest forecast to be published on Thursday, EU officials told EURACTIV.

The Commission’s autumn forecast will once again show that Spain is one of the EU member states most affected by the economic fallout from the pandemic.

According to the autumn forecast, Spanish GDP will dive by -12.4% this year, while the rebound next year will be smaller than initially expected, at 5.4%. In 2022, the Spanish economy is expected to grow by 4.8%.

Spain was already among the worst performers in July, only second to Italy, when the EU executive predicted that the Iberian economy would shrink by 10.9% this year, and its output would improve by 7.1% in 2021.

The Commission forecast paints a darker picture compared with the Spanish government’s figures. Last month, Madrid expected a 11.2% GDP fall this year, and a recovery of 7.2% in 2021.

Economic Affairs Commissioner, Paolo Gentiloni, will present the autumn forecast on Thursday at 11 am.

The severe recession projected for the fourth largest EU economy will weigh on its budget perspectives.

Gentiloni already warned on Tuesday that early indicators in October pointed to a severe economic slowdown in Europe.

“The tightening of containment measures will evidently have an impact on economic activity,” he said. But he added that “there is some reason to believe that the impact will be smaller than in Spring.” For example, companies and workers are now better prepared for teleworking, Gentiloni explained.

The second wave of the pandemic is not the only risk that will cloud the European economic horizon. The EU and the UK are also finding difficult to agree on their future relationship and  strike a trade deal that would cushion the economic turbulence caused by their divorce.

EU officials told EURACTIV that the Commission’s assumption for the forecast was that no EU-UK trade deal is in place. The baseline scenario was that Brussels and London would trade on the basis of the World Trade Organisation terms as as 1 January.