Europe's industry is struggling to adapt to the digital revolution and competition from other regions. Still the sector created over 1.5 million new jobs since 2013. [Nick/Flickr]

The member states, the European Parliament and the private sector have stepped up pressure over recent months in calling for a new industrial strategy that would address the ongoing digital revolution and the reshuffling of the main global players. 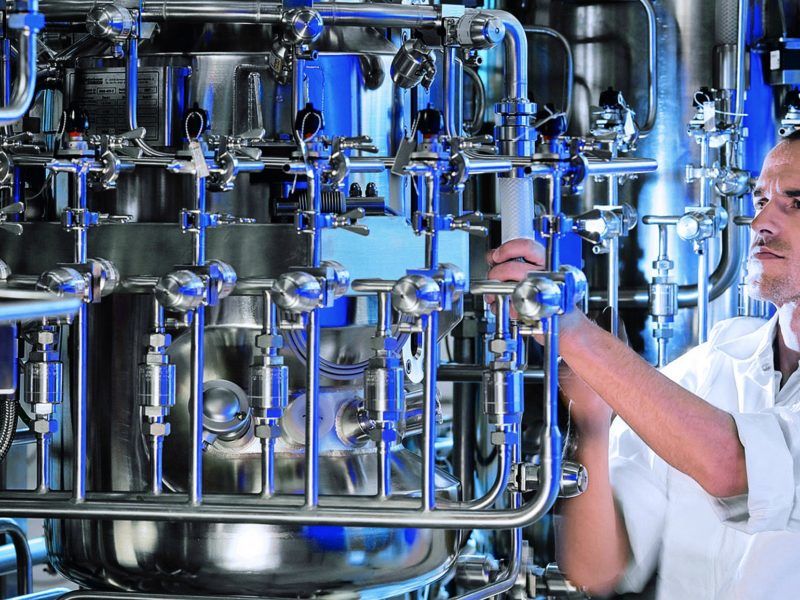 The called-for plan should offer a European response to the massive transformation numerous sectors are facing due to digital disruption and the competition of global actors such as China.

For its part, the Council asked in May for “medium to long-term strategic objectives” for Europe’s industry.

In July, the European Parliament adopted a resolution calling for “a consistent and comprehensive industrial policy aimed at Europe’s reindustrialisation, with targets, indicators, measures and time scales”.

But the executive insisted that Europe already has an industrial policy in place, officials explained.

Over the last five years, the Commission put forward a roadmap to reindustrialize the bloc, aiming at increasing its weight in Europe’s entire economy to 20% of GDP. Two years later, a new communication insisted on the need for pursuing actions to modernise Europe’s industrial base.

In 2016, the Commission also presented a plan to support the digitalisation of European industry, aimed at mobilising up to €50 billion of public and private investments for the transformation.

Besides, the executive has in recent years also made specific proposals for some sectors, including a space strategy, a defense package, a set of initiatives for the car industry or a communication on steel.

Rather than meeting the Council and Parliament’s requests for a new strategy with clear goals and actions, the Commission compiled and organised all the existing plans, clarifying the tasks for the different actors involved.

“Many European industries are at a turning point,” said the Commissioner for Internal Market, Elżbieta Bieńkowska.

“In our day and age, industrial policy is about empowering our industries to continue delivering sustainable growth and jobs for our regions and citizens,” she added.

The strategy also outlines the Commission’s initiatives due in the coming months to fill the gaps in the existing industrial strategy in the context of the fourth industrial revolution.

This autumn, the executive will unveil a new strategy on plastics and measures to improve the production of renewable biological resources, so they can be turned into bio-based products and bio-energy.

Also in the coming weeks, there will be new proposals in the field of mobility, including new actions to tighten CO2 emissions standards for cars and vans, and Alternative Fuels Infrastructure Action Plan to support the deployment of charging infrastructure and actions to support driverless cars.

In autumn, the Commission will also present a communication on the European licensing framework for Standard Essential Patents, an initiative to improve the functioning of public procurement in the EU, and will extend the Skills agendas to other industry sectors (construction, renewable energies, manufacturing…).

These initiatives will come on top of the actions adopted last week and outlined in Commission President Jean-Claude Juncker’s state of the EU address on 13 September.

Juncker presented new measures to reinforce Europe’s cyber security, a regulation on the free flow of non-personal data, a revised list of critical raw materials, and a new mechanism to screen foreign investment.

Juncker said in the speech that the renewed strategy would help European industry “stay or become the world leader in innovation, digitisation and decarbonisation”.

Industry accounts for two-thirds of the EU’s exports and provides jobs for 32 million people, with 1.5 million of these jobs created since 2013.

Peter Scherrer, Deputy General Secretary of the European Trade Union Confederation (ETUC) welcomed the proposal but added: “It’s no use just hoping that digitalisation, decarbonisation and other trends will create more jobs than they destroy – there needs to be active change management. Boosting competitiveness, skills and the single market is all good, but we also need to plan and achieve a fair and just transition.