The Commission has highlighted the progress of French competitiveness but also pointed out structural issues in the French economy. EURACTIV.fr reports.

The macroeconomic situation in France is improving – as of 7 March, the country was no longer on the list of countries with “excessive macroeconomic imbalances”.

According to the Commission’s assessment, Portugal, Bulgaria and France have now joined the category of countries with “macroeconomic imbalances”, while Italy, Croatia and Cyprus remain in the category with “excessive imbalances”.

Improvements on French competition and debt

The Macroeconomic Imbalance Procedure was introduced in 2011 as a result of the economic crisis. Set up as a preventive measure, it is based on an annual analysis by the Commission of each country’s economic and social situation, followed by Country-Specific Recommendations (CSRs). Every year the Commission looks at the progress made in implementing those CSRs to rank each country assessed accordingly.

In 2017, France was categorised as having “excessive” macroeconomic imbalances due to weak competitiveness dynamics and ever-increasing public debt.

The Commission now believes that progress has been made on both these fronts. French competitiveness is improving, notably due to a moderation in wage increases and reforms aimed at reducing labour costs. Although French debt has not decreased, the Commission forecast that the debt-to-GDP ratio should stabilize in 2018.

The Commission also points out the increased number of reforms, particularly on the labour markets. The report also supports some of the reforms presented under Francois Hollande’s five-year term, such as the Tax Credit for Employment and Competitiveness (CICE) and the Responsibility and Solidarity Pact, which reduced the tax on companies and labour costs. 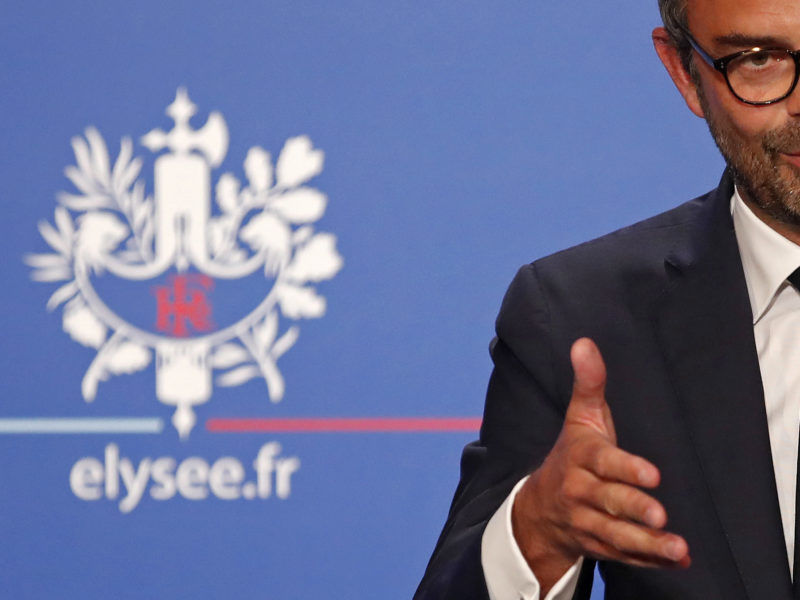 Following these conclusions, the Commission stated that “France had made some progress to apply some of the recommendations” given to the country in May 2017, this led to a change in its category.

However, although not considered “excessive” anymore some imbalances still remain in France. Its public debt remains one of the important in the Eurozone and its productivity is lagging behind.

In addition to these, the report also points out other structural issues such as the persistent inequalities in the education system and the limited access of certain categories of the population to the labour market (these include young people, low-skilled workers, or people from immigrant backgrounds).

In this respect, the recent reforms announced by the French government on vocational education and training come right on time with the Commission emphasising the need to strengthen both.

France weighed down by public deficit

Public deficit is also another problem in regards to France’s perspectives, it is expected to fall below the ceiling of 3% of GDP for 2017, a first step towards leaving the “excessive deficit” procedure (which France has been in since 2009).

However, for this to happen, the deficit will have to be contained below that limit in 2018 as well. The Commission has forecast in its report that it will reach 2.9% of GDP this year, but it also considers that “limited progress has been made to ensure the sustainability of public finances”.

The report particularly points out France’s high structural public deficit, France’s goal of staying below the 3% threshold in 2018 could be jeopardized by the recapitalisation of ORANO (a French multinational specialised in nuclear power and renewable energy), and the abolition of a 3% tax on dividends.