The Commission will launch in January a review of the Stability and Growth Pact, aiming to simplify and streamline fiscal rules adopted after the 2008 financial crisis to strengthen the monitoring of member states’ public accounts.

The process will include member states, and the first legislative proposals could come by the end of the first half of 2020, the Commissioner for Economic Affairs, Paolo Gentiloni, said on Tuesday (17 December).

Speaking alongside Gentiloni, Dombrovskis added that he expected a “lively” discussion on the Stability and Growth Pact review.

In order to support the transition to a low-carbon economy, one of the ideas under discussion is to exclude national investments into ‘green’ priorities from the deficit calculation.

The European Fiscal Board, and a few countries, including Spain, Portugal and Italy, are supporting the idea.

The Commission, however, remains cautious about such a proposal.

Dombrovskis said the goal of the review is to simplify and streamline fiscal rules, which are seen by many as too complex, especially after changes were made in 2015 to introduce some flexibility and exceptions.

Dombrovskis explained that “what would be important is to shape consensus” around the changes made, and avoid “divisive debates”.

But the first discussion on the clause to favour ‘green’ spending, held by the finance ministers in Helsinki last September, showed that there was “no clear majority” supporting the idea, an EU official said at the time. 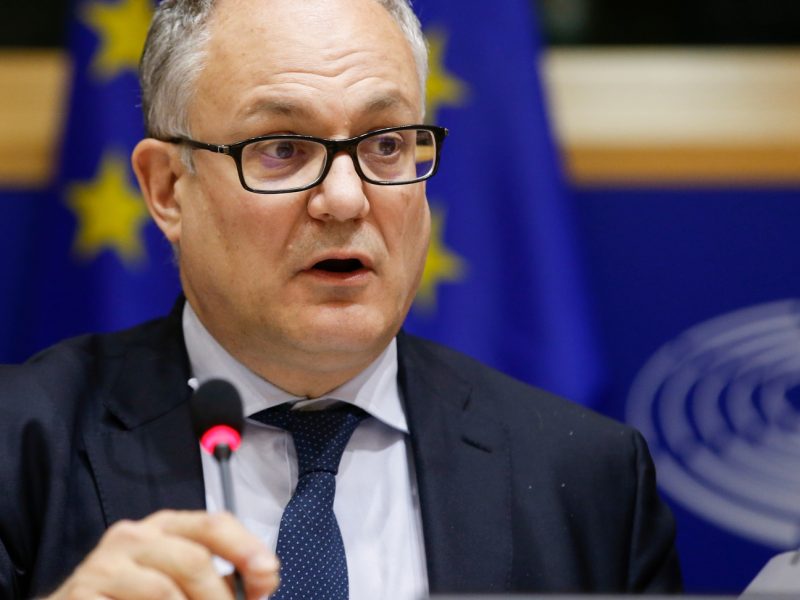 A member state official defended the validity of this proposal but admitted it would be very difficult to gather enough consensus around it.

An EU official also lowered the expectations of including this new flexibility and recalled that Italy, one of its main defenders, has already benefited the most by the less strict application of the Stability and Growth Pact.

Gentiloni did not want to kill the proposal outright at this stage, saying “we need to have a serious discussion on this issue”.

Dombrovskis and Gentiloni spoke to reporters to present the EU’s priorities for the next mandate, in which sustainability and green issues feature higher than in previous political cycles.

The ‘green’ transition, together with the digitalisation of the economy and the ageing of the population, are the top challenges that should be addressed by member states, the Commission said.

As part of this stronger focus on sustainability, the EU executive will closely look at how the national governments are pursuing the Sustainable Development Goals, which will become part of the EU’s macroeconomic assessment.

The Commission also warned 13 member states of their economic and fiscal imbalances, saying it would open an in-depth review to assess their weaknesses.