The European Commission presented on Wednesday (24 June) its €166.7 billion budget draft for 2021, to be topped up with around €344 billion which accounts for almost half of the proposed EU recovery fund.

“In these extraordinary times, the European Commission’s proposal mobilises unprecedented support,” the Commissioner for Budget Johannes Hahn said in a written statement following the presentation.

Negotiations over the EU’s next seven-year budget have not started yet but time is running out and the Commission has already tabled a draft blueprint for next year, including an important share of the recovery instrument the executive presented back in May, the so-called ‘Next Generation EU’.

The €750 billion-strong instrument is meant to support countries and businesses hit by the COVID-19 crisis, by channelling money raised on the financial markets using the EU’s long term budget as a guarantee.

For 2021, the Commission is pledging €211 billion in grants and around €133 billion in loans. The problem is that neither the overall EU long-term budget nor the size or the distribution of the recovery fund has been agreed by the EU-27 leaders yet.

The proposal comes a few weeks before the leaders are due to meet for the first time since the pandemic began and discuss the Commission’s plan on 17-18 July.

The recovery in figures

The is the first annual budget without the UK and is in the framework of the new EU long-term blueprint, also known as the MFF (Multiannual Financial Framework), which member states still have to negotiate, together with the recovery fund.

For the Commission, the main goal of next year budget is to address the immediate consequences of the pandemic and help to kick-start the economy. And the proposal is very ambitious when it comes to the allocation of the recovery fund.

The biggest share of the funds would go to the Recovery and Resilience Facility – around €133 billion of grants and €131.5 billion of loans. This is the instrument the Commission has proposed to support member states struggling with the health, economic and social crisis resulting from the COVID-19 outbreak, in exchange for reforms, including fiscal adjustments.

The budget proposal also envisages €8.28 billion for the Solvency Support Instrument, which is meant to aid healthy companies whose businesses have been severely affected by the economic fallout of the coronavirus outbreak.

The Common Agricultural Policy (€55.2 billion) and Cohesion Policy (€47.15 billion) would continue to be the main recipients of the budget but regional development will be further supported through the recovery instrument with another €42.45 billion in 2021.

The rest of the recovery money will go to research and innovation, the Just Transition Fund meant to tackle inequalities surging from the green transformation, the new health program the Commission has proposed to get ready for future potential threats and support third countries affected by the pandemic.

The EU executive admitted figures would have to be adjusted depending on the outcome of the negotiation at the European Council and with the European Parliament, and urged EU countries to close the deal.

“We need an agreement on the long-term budget and Next Generation EU, a deal that will send a signal of confidence throughout Europe,” Commissioner Hahn said.

EU leaders will meet in person on 17 and 18 July and almost everything, from the size to the distribution and the governance of both the EU long-term budget and the recovery fund is to be discussed.

Even German Chancellor Angela Merkel – whose country takes over the presidency of the  EU Council next week – has committed to reaching an agreement before the summer break, but the prospects of a swift deal are slim. 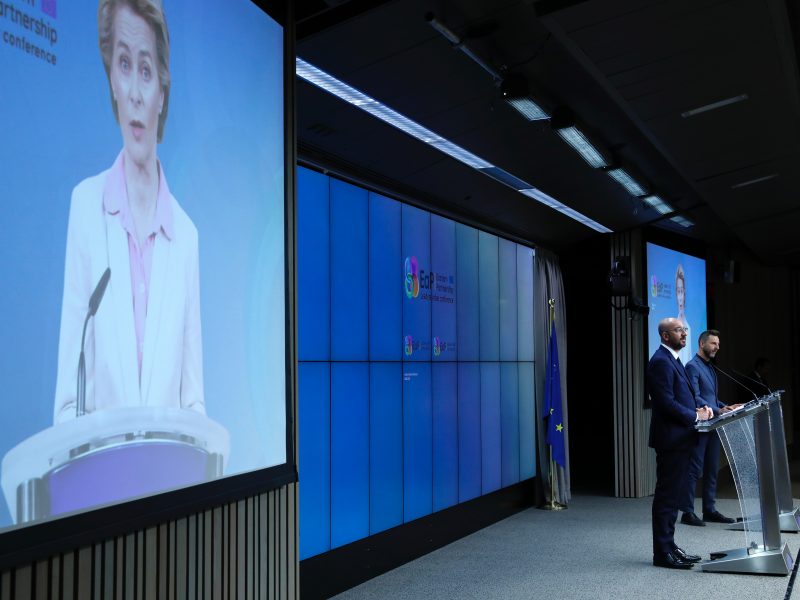