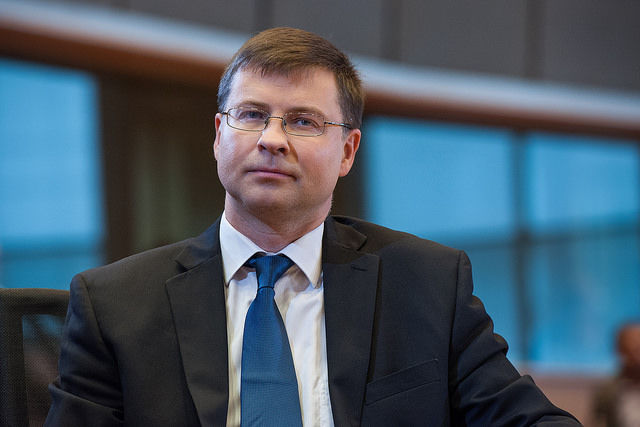 Valdis Dombrovskis: "I invite Greece to build on its achievements and continue to strengthen confidence in its economy." [European Parliament/Flickr]

The move is a further boost for Athens days after it secured a fresh tranche of cash from its latest bailout to meet crucial debt payments and avoid a fresh crisis.

The decision showed the progress Greece has made, said European Commission vice-president Valdis Dombrovskis, who has special responsibility for the eurozone.

“I invite Greece to build on its achievements and continue to strengthen confidence in its economy,” Dombrovskis said, adding that it was “important for a return to the markets”.

EU rules require member states to run a budget deficit – the shortfall between government revenue and spending – of not more than 3.0% of total annual economic output.

The lifting of the excessive deficit procedure for Greece will allow the government greater leeway in managing its finances after years of austerity and spending cuts demanded by Brussels to bring the budget deficit under control.

“This follows the substantial efforts in recent years made by the country to consolidate its public finances coupled with the progress made” in its debt rescue programmes, the European Commission said in a statement.

The Commission noted that if member states approve its recommendation later this year, only three countries will remain under the excessive deficit procedure – France, Spain, and Britain. 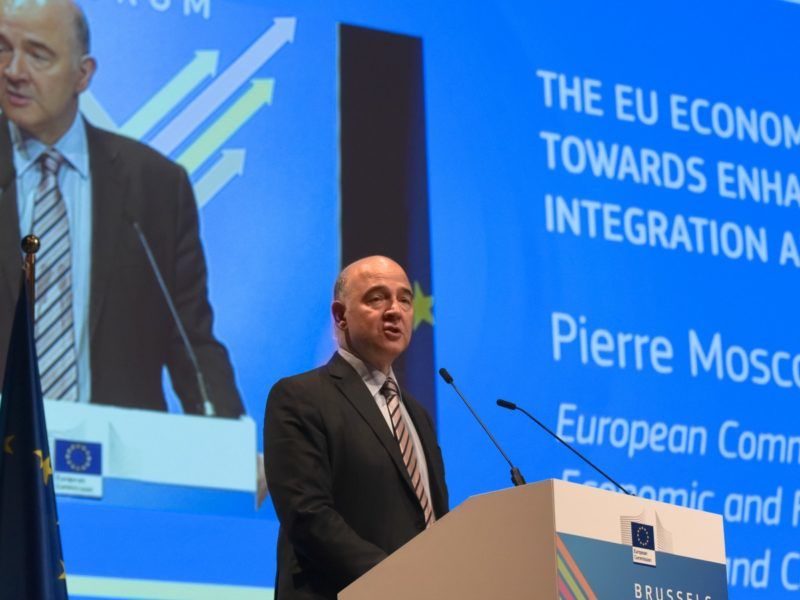 European Union Currency Commissioner Pierre Moscovici said he expects Greece and its international lenders to reach a compromise deal on new loans this week and that a “fair solution” will be found on debt relief.

At the height of the financial crisis in 2010, 24 of the 28 member countries were on the excessive deficit blacklist.

The Greek economy nearly collapsed under a mountain of debt that year and it had to be bailed out by its eurozone partners three times, the last in 2015, to prevent it bringing down the single currency bloc.

In return for the bailouts, Greece had to adopt painful and hugely unpopular austerity measures.

According to Commission figures, Greece ran a budget deficit of 15.1% in 2009, which had been turned into a surplus of 0.7% last year, and it said it expected further progress this year as more savings are found.

“As a result of these efforts, the deficit is now projected to remain below the 3.0% threshold” for the next several years, it said.

Greece did its part; now it's the Eurogroup's turn

Greece has made huge sacrifices and the government has made significant reforms. Now the ball is in the Eurogroup’s court to provide the necessary certainty to both people and the markets via a debt deal, writes Roberto Gualtieri.

Sources from the Greek ministry of finance commented that the Commission’s decision was another step towards the exit from the crisis and the return to normality.

“Greece is turning the page and the government is entering a steady pace in the implementation of a socially just and economically sustainable development plan,” the same sources added.