Former Commissioner Kristalina Georgieva, promised to bring the number of women in higher position from 27.5% to at least 40%. As of 1 May 2017, women accounted for 33% of all senior managers and 35% of all Heads of Unit in the Commission. [European Commission]

“Our ambition is to show we are fully committed to gender balance and make the most of the talents of our staff. We cannot afford to put 50% of our brain power on the back-burner,” said Frans Timmermans, first Vice-President of the European Commission.

Women are under-represented in the EU executive hierarchy as they make up for 55% of  Commission’s staff but only 34% of managers.

Timmermans underlined that organisations which have a gender-balanced management are more productive, innovative and achieve better results.

“If we want to show we are truly committed to being gender balanced, we have to give women the opportunity to fully play their role in the Commission’s management,” he added.

The Commission has now set a number of targets for all departments when it comes to appointing someone as Head of Unit for the first time. Departments that are falling behind their targets may be asked to attract suitable female candidates before proceeding with an appointment, a note reads.

At the start of its mandate, the Juncker Commission, which had struggled to impose a high number of female Commissioners on member states, decided to make gender equality a priority.

The then-Commissioner in charge of budget and human resources, Kristalina Georgieva, promised to bring the number of women in higher position from 27.5% to at least 40%. As of 1 May 2017, women accounted for 33% of all senior managers and 35% of all Heads of Unit in the Commission.

Günther Oettinger, who took over the portfolios of Budget and Human Resources when  Georgieva left to join the World Bank earlier this year, reiterated the promise. 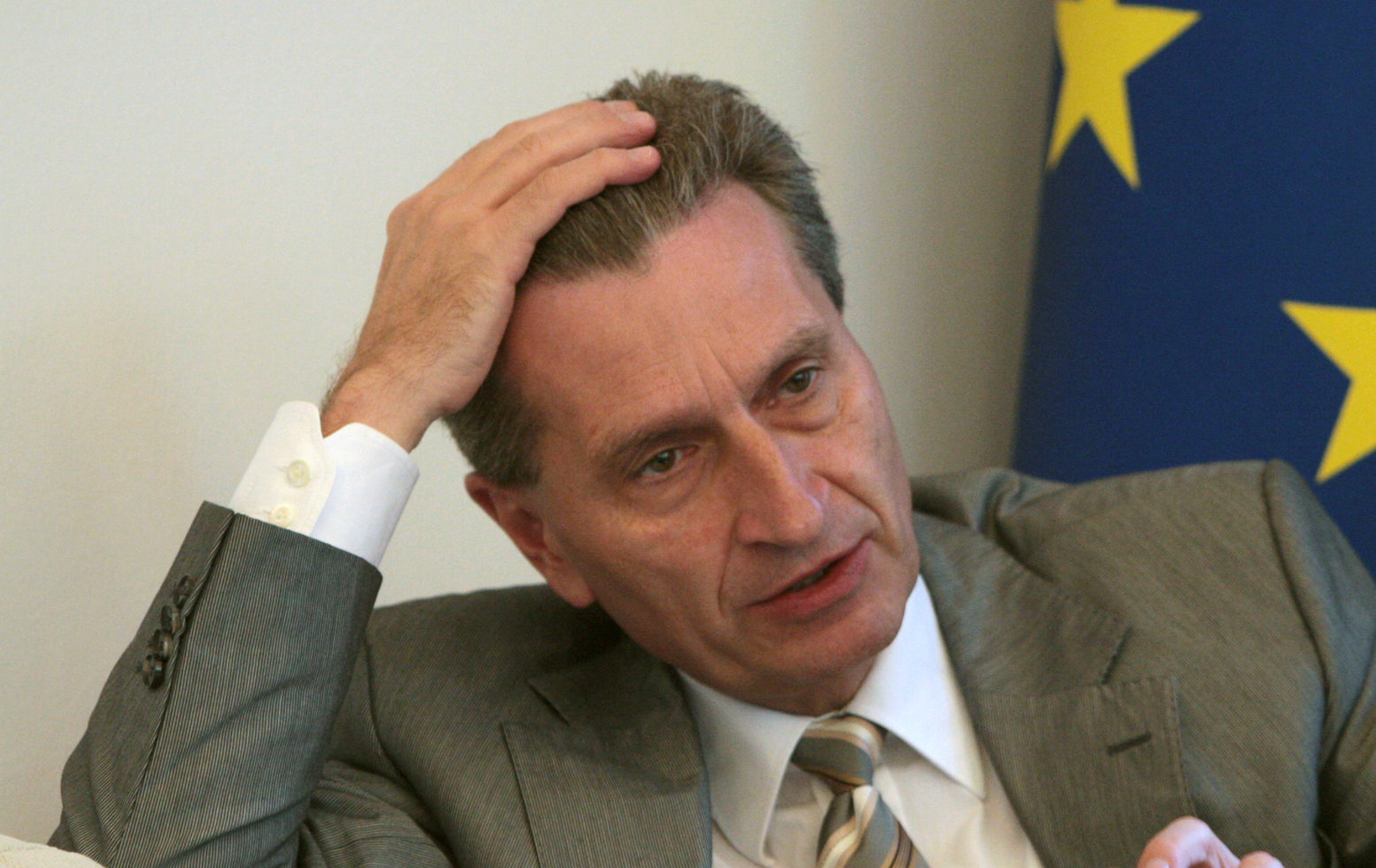 One of the issues Günther Oettinger is expected to be quizzed on in the European Parliament today (9 January) is his plan to achieve gender balance in the European Commission, as progress achieved under his predecessor Kristalina Georgieva looks limited.

“We want our staff to be valued and accepted, irrespective of their age, gender, sexual orientation or disabilities. If we build on this diversity, we will be more innovative and deliver better results for our citizens,” Oettinger added after the launch of a new diversity and inclusion strategy on Wednesday.

The new strategy does not concern only women but also staff with disabilities, Lesbian, Gay, Bisexual, Transsexual and Intersex (LGBTI) staff and older staff.