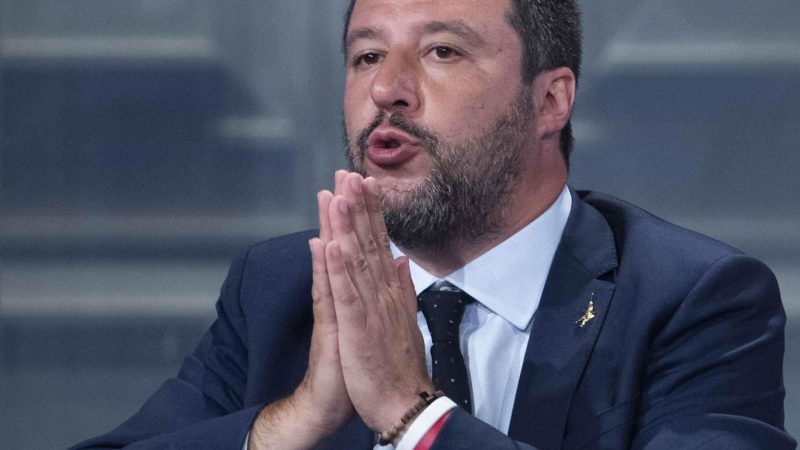 An EU official confirmed to EURACTIV.com that the Commission will send a letter to Rome in the next few days, notifying its intention of preparing a report based on article 126.3 of the EU treaty.

Such a report represents the first step in the excessive deficit procedure. It will reassess Italy’s compliance with the debt criterion of the Stability and Growth Pact.

The letter could be sent around next Wednesday, when the Commission is expected to publish its economic and fiscal recommendations for the EU member states.

The infringement procedure could result in a fine of up to €3.4 billion against Italy (0.2% of the country’s GDP). To be applied, the sanction would require the approval of EU finance ministers.

Rome and Brussels are at loggerheads over Italy’s national budget, after the Italian Government refused to follow the EU’s indications to rein in public spending.

The Stability and Growth Pact limits member states’ public debt to 60% of GDP, and sets a fiscal path in order to reduce it in case the threshold is breached.

However, the Italian coalition led by the anti-system Five Star Movement and the far-right Lega party have disregarded the recommendations from Brussels.

It is not the first time that the EU executive prepares such a report. Last October, the Commission sent a first notification to Rome after the government failed to produce any efforts to reduce the country’s public debt in its draft budgetary plan for 2019.

As a result, the Commission published a report on 21 November, and was ready to launch an excessive deficit procedure based on the debt criteria.

However, Brussels finally reached an agreement with the Italian coalition last December, after Rome postponed some spending plans to control its deficit.

But the Italian government kept pumping more public money into the economy which is expected to push the deficit above the 3% threshold again in 2020.

The Commission now expects the Italian deficit to reach 3.5% of GDP next year, compared to 3.1% projected in November.

The deficit is fuelled by a deteriorating economic environment and additional spending announced by Rome, including a new citizens’ income and a review of the country’s pension reform.

Pierre Moscovici, the EU Commissioner for Economic and Financial Affairs, said in early May that he would assess Italy’s compliance with EU rules at the beginning of June.

While the Italian economy remains a source of concern for the EU, financial markets and other international institutions, the far-right Lega leader Matteo Salvini has defied EU rules.

“I think Italians gave me and the government a mandate to completely, calmly and constructively re-discuss the parameters that led to unprecedented job instability, unemployment and anxiety,” Salvini said on Monday, according to Bloomberg, who first reported on the story.

The latest spat between Italy and the Commission could trigger fresh turmoil in the markets, just as Salvini increases his support among Italians. On Sunday, his party became the big winner of the European elections in Italy with 34.33% of the votes.

4 responses to “Commission to launch sanction procedure against Italy”