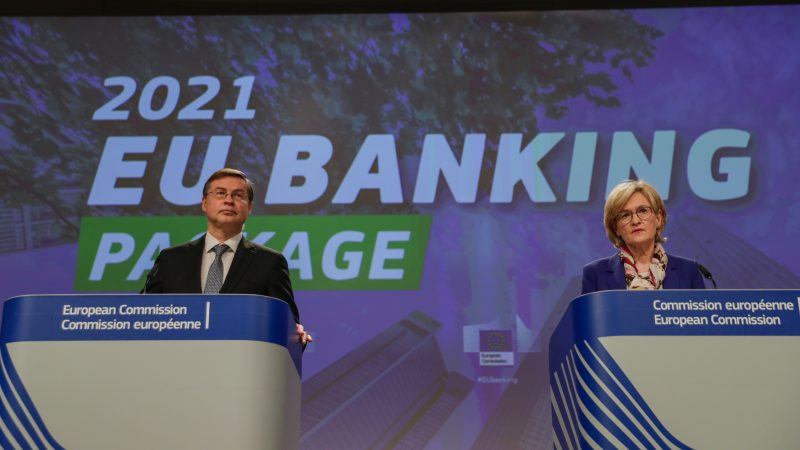 Valdis Dombrovskis, European Commission Executive Vice-President in charge of an Economy that works for People, and EU Commissioner in charge of Financial services, Financial stability and the Capital Markets Union, Mairead McGuinness (R) give a press conference on the Banking Package 2021: Capital requirements in Brussels, Belgium, 27 October 2021. [EPA-EFE/OLIVIER HOSLET]

With the help of a newly proposed banking package, the European Commission is trying to find a balance between increasing financial stability, protecting bank profits, and sustainability concerns. The proposed implementation of the higher capital requirements is spaced out over several years.

The new banking package was necessary to make the EU financial system comply with the Basel III framework, an international agreement to increase the stability of the financial sector through capital requirements and other measures.

“Today’s proposals ensure that we implement the key parts of the Basel III international standards. This is important for the stability and resilience of our banks”, Valdis Dombrovskis, executive vice-president of the Commission, said when presenting the commission’s proposals on Wednesday (27 October).

Regarding the capital buffers, the reserves banks have to put aside, the Commission stressed that capital requirements will not increase significantly, thus assuaging fears in the banking sector. Bank profitability is usually calculated in relation to bank equity, which is why higher capital requirements tend to decrease the profitability of banks.

However, the Commission intends to provide European banks with ample time to fully introduce the capital requirements, proposing a transition period of five to eight years that should start in 2025.

Nevertheless, European banks are afraid of losing their competitiveness. The European Savings and Retail Banking Group (ESBG) criticised the output-floor and argued for a “proportionate implementation” of the Basel III framework.

“The implementation […] should reflect the proportionality principle, taking into consideration the risk nature, scale and complexity of the activities of European credit institutions,” said ESBG Managing Director Peter Simon.

Furthermore, the Commission wants banks to include environmental, social and governance (ESG) risks into their risk management. The proposal requires banks to disclose their ESG risks and introduces regular climate stress tests. To limit the administrative burden, these requirements are planned to be less strict for small banks.

EU lawmaker Markus Ferber of the centre-right EPP criticised the Commission’s proposal, arguing that prudential regulation was not the right place to consider sustainability issues.

“We need to make banks safer, not greener,” Ferber said.

…but no capital buffers for climate risk

Thierry Philipponnat of Finance Watch, an NGO focused on financial regulation, regretted that the Commission did not plan to increase capital requirements for fossil fuel exposures.

“By deciding not to propose the […] capital measures needed to tackle climate change-related systemic risks, the Commission is failing on its duty to apply the precautionary principle enshrined in the [EU] Treat[ies],” Philipponnat said. 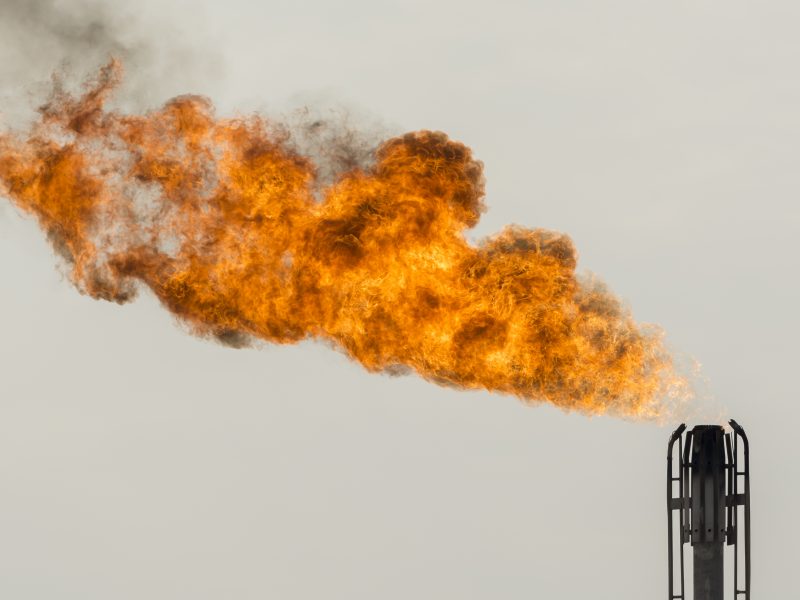 Days before the Commission is expected to publish its proposal to change capital requirements rules, billionaire hedge fund manager Chris Hohn called for a stricter treatment of fossil fuel investments in banks’ balance sheets. His call is supported by activists and experts who fear the effects of climate change on financial stability

An EU official pointed out that more data was needed before forcing banks to increase their capital buffers on fossil fuel exposure. He suggested that the European banking authority would look at this issue again in 2023.

More power to the supervisors

The banking package also includes a stronger role for supervisors. For example, the Commission wants to enable supervisors to better “assess whether senior bank staff have the requisite skills and knowledge for managing a bank.”

As a response to the WireCard scandal, the Commission also wants to equip supervisors with additional tools to supervise fintech companies.

The banking package will next be discussed in the European parliament and by member state governments in the EU council.