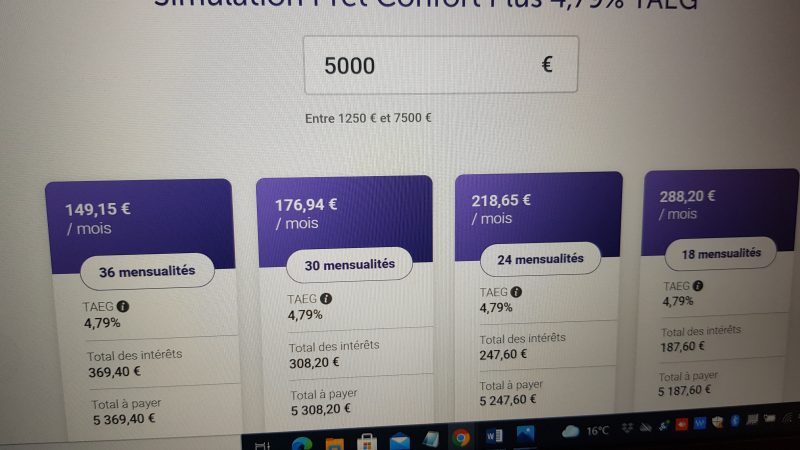 The European Commission on Wednesday (30 June) proposed caps on interest rates for consumer credit agreements and a ban on bundling practices as part of tougher consumer credit rules following the surge in online shopping during COVID-19 lockdowns and the rise of digital lenders.

Existing rules known as the General Product Safety Directive came into force in 2001 while rules on consumer credit to safeguard consumers date from 2008.

The EU executive said 70% of consumers shopped online last year, with new technology products making up the bulk of their purchases.

“We are making it easier for consumers to avoid risks related to having a credit and we are putting even stronger rules for product safety in place,” Commission Vice President Vera Jourova said in a statement.

“It will also put more responsibility on market players and make it more difficult for bad actors to hide behind complicated legal jargon,” she said.

The proposal also includes caps on the total cost of credit and the annual percentage rate of charge, rules on tacitly accepted overdrafts and an obligation by the creditor or the provider of crowdfunding credit services to assess the creditworthiness of the consumer.

The Commission wants information related to credits to be presented in a clear way in the Consumer Credit Directive and adapted to digital devices to ensure that consumers understand what they are signing up for.

EU countries will be asked to promote financial education and to ensure debt advice is made available. The proposals will need to be thrashed out with EU countries and the European Parliament before they can come into force.

Some EU lawmakers however demanded more in order to tackle over-indebtedness and high interest rates.

“It is important to us that the range of loans covered by the directive is expanded. We want to limit fees and interest rates, strengthen consumers’ information rights and prohibit manipulative advertising of credit offers,” Green lawmaker Rasmus Andresen said.

Another Green lawmaker, Sven Giegold, lambasted the shortcomings in the proposal, saying it fails to recognise that people in financial or personal emergency situations are often not free to make their own decisions.

“Many business models deliberately exploit the distress of these people and create dependencies, especially through over-indebtedness. Providers should be subject to responsible lending requirements,” he said.

Consumer group BEUC however welcomed the proposals, saying the Commission had accepted many of its suggestions.